Anna Wood calls “Afrotopia” an inspiring manifesto and metaphor for a new Africa.

This book opens with a meditation on how Africa’s fate has long – since Antiquity – been decided from the outside. Its central thesis calls for the continent to move forward in a new way, locating itself at the centre. ‘Se penser, se répresenter, se projeter’ [To think itself, to represent itself, to project itself]. Afrotopos is a future, imagined the place. Far from a ‘douce reverie’ it is an ‘active utopia’ envisioned as a guide to new ways of living now. Afrotopia is foremost a critique of development; Felwine Sarr is an

economist at Gaston Berger University in Saint-Louis, Senegal.  He is also a philosopher, poet, writer and musician and in his book he presents his broad vision of a new Africa.

Sarr casts development as the utopian myth of the West with an ‘écomythe’ at its centre. He sees the proliferation of emergence plans across the continent as the most recent expression of an economic discourse that has sought to maintain social industrial order. In response, he calls for a different kind of ‘luminary thinking’ and turns to anthropology to highlight economy as a cultural process. A second step is to renew balance between the realms of the cultural, social, spiritual, political and economic

To achieve this, Sarr calls first for some inward looking. In a series of short chapters, he writes of the need for healing the psychological effects of ‘centuries of alienation and enslavement’ to regain self-esteem and self-respect. He describes the importance of intellectual sovereignty and the decolonization of scholarship and, following Wole Soyinka, he calls for the development of ‘self-apprehension.’ For Sarr these processes are necessary – if time-consuming – for knowing and expressing what Africa wants for itself.

Picking up from Frantz Fanon and Aimé Césaire, Sarr weaves the key themes of opposition to imitation and mimicry throughout the book. Instead, he advocates the development of Africa’s own metaphors for the future; concepts like ubuntu, noflay, tawfekh, imihigo that are grounded in indigenous cosmologies and modes of knowledge and envisage well-being for the individual and community. None of this suggests a closing off to the rest of the world. He reiterates the importance of being free to choose what’s worked elsewhere and reject what hasn’t. Ultimately, and again in the steps of Fanon, but also Achille Mbembe and Alioune Diop, Sarr seeks to empower Africans to be able to contribute to and further humanity. A humanity they will form a quarter of in 35 years time.

Sarr’s approach to and use of the notion of utopia underscores the book’s contribution and ambition. In this sense it can be placed alongside recent literature which emphasises utopian thought as essential for bringing about new realities could be read to repeat familiar development critiques or to lack practical solutions. However, his point is precisely to place responsibility for  the project first with thinkers, intellectuals and artists. And he gives examples of where he sees real innovation and change already taking place: in literature, fashion, urbanism, music.

Moreover, Sarr embodies what he sets out. This begins to emerge from the footnotes of the book. He cites, for example, his setting up of the Civilisations, Religions, Arts et Communication (CRAC) faculty at Gaston Berger University within the discussion on the decolonisation of university structures. Other examples are rooted in the book but go beyond it. His patronage of the 2017 Kaay Fecc dance festival in Dakar, for which the theme was resilience (another theme of the book), is one. Another is his setting up, with Mbembe, of Les Ateliers de la Pensée in 2016 bringing together scholars, artists, writers from across Africa and the diaspora.

An inspiring manifesto and metaphor for a new Africa, Afroptopia is a poetic and wandering book reflecting at once the many hats that Sarr wears and the vision he sets out. In this vein, the book in intended towards a broad audience of scholars and artists working in and on the continent.

Anna Wood is a doctoral student in Social Anthropology at the University of Cambridge. Her research is on social protection and work in Senegal. 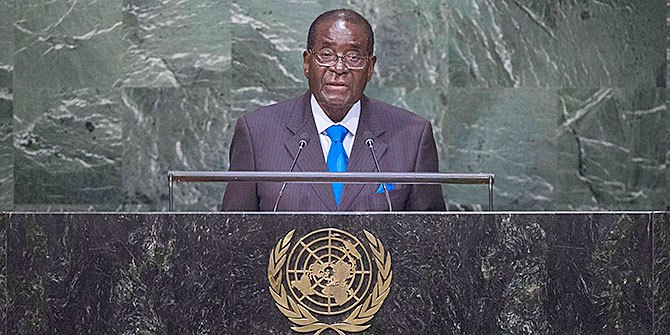 Bad Behavior has blocked 2687 access attempts in the last 7 days.