Louis-Marie Nindorera argues that Burundi’s political leadership will be a key determinant in how the country manages land scarcity.

As the time for a new population census approaches, Burundi counts its mouths to feed, breaks up, plows and seeds its land. Under demographic pressure, it gets smaller and smaller, less and less fertile. Today, 11,5 million inhabitants are squeezed into a territory of 27,834 square kilometers, where traditional small-scale farming still employs more than 90 per cent of the labour force. Yet, farmlands are down to an average area of 0,50 ha. By 2050, they will literally be miniaturised while 26 million Burundians will be waiting for their pittance. From every point of view, the country is a textbook case of Malthus’ thesis: a population that grows beyond what the resources of his country can bear shall fall. Fortunately, Malthusianism has its opponents. Productivity gains, quality of resources, technology advances mitigate population growth. Transposed to an agrarian country, this alternative presses each acre to account for better performance: producing more, feeding more, housing more. For Burundi, it is a call for an in-depth reform of its land governance. However, the latter relies on the political leadership that is plagued with systemic and endemic problems. As the demographic time bomb ticks away, the Malthusian noose tightens.

In overcrowded Burundi, internal migration does not mitigate demographic pressure anymore and cultivation techniques are less and less effective in conserving soil properties. In November 2014, the Government of Burundi (GoB) was already sounding the alarm in his report of a national Agriculture and Livestock conference: “85 per cent of households face daily food insecurity. (…) Yields, crop, animal and fish productions are on the wane and can no longer meet the nutritional and financial needs of a population in perpetual growth”. Housing is in the same downward spiral. In 2008, the “national housing and urbanisation policy paper” adopted by the GoB pledged to provide 855 hectares and build 26,000 dwellings a year. Between 1995 and 2015, the two public real estate companies in Burundi (SIP, ECOSAT), which no longer build housing, parceled out and serviced 8,216 plots in Bujumbura and the main urban centres of Burundi. This means in 20 years, they produced less than one third of what was due in one year.

Alarming trend statistics are numerous. But the most paradoxical and worrying fact is that, despite them, the GoB remains lavish in its land management. Without hindsight or long-term vision, it replicates the customary and consumerist practices of the traditional Burundian family household. “As a good father should”, it takes up a social distributive role, upon request. As the household head and breadwinner, it sells or leases its land in a wait-and-see approach, upon demand, without neither profit and loss accounts nor reference to a social or business plan.

As years go by, land becomes increasingly scarce. In 2001, a joint survey by the GoB and the United Nations High Commission for Refugees (UNHCR) estimated that only 141,445 hectares of public land remained free and inhabitable. This corresponds approximately to the size of the small province of Karusi. Ever since, sixteen years have passed and no one can say what is left. Since October 2014, an inventory of public land financed by the European Union (EU) is under way. However, the increase of expropriations “in the public interest” is an indication that public land shrank away to nearly nothing. Between 2006 and 2012, public subsidies voted by the country’s government for compensation to expropriated persons increased from 500 million FBU to 4.5 billion, an increase of 900 per cent.

In 2012 and by funding provincial land-use planning schemes (PLPS), the EU had provided substantial technical and financial assistance to improve the GoB control over land use. These schemes were obtained after a tedious analysis of the economic and social potential of twelve provinces out of seventeen at the time. The PLPS proposed a spatial division and distribution of productive functions in each of these provinces. These schemes were tools put in the hands of the GoB to move from a passive to a pro-active and preventive role in land management, with a long-term view. They were meant to drastically reduce prejudices from “on-sight navigation” and to avoid the trap of working daily in “emergency mode”. Today, the twelve schemes produced are in filing cabinets, unemployed and no one knows to what extent these schemes remain valid or were compromised on the ground, five years after their elaboration. By carrying on its loose management, the GoB is paying with one hand increasingly expensive compensation for expropriations in order to recover land given away by itself, with the other hand and through non-transparent and uncontrolled processes.

In the past seven years though, the land issue has been at the center of a continuous normative activity, propelled by the proliferation of interpersonal conflicts. The land code passed in 2011 decentralised and eased the procedure for registering and legally securing property rights on land. Today, 50 communes out of 119 have a “land service” vested with the authority of issuing “land certificates” and they do so at very low costs. The creation of land services at the commune level is unquestionably one of the most important breakthroughs in Burundi’s land legislation over the last thirty years. Nevertheless, the sustainability of this reform is threatened by the many technical imperfections that mar the services delivered and the precarious financial means provided to push the experience to self-replication and up-scaling capacity. With meager public subsidies and their own revenues, these land services also struggle to attract the bulk of the small holder farmers. Initially launched with strong and enthusiastic financial and technical support from the Swiss Cooperation and the E.U., the land reform underway, although beneficial, is slowing down and faltering. Eventually, it may return to square one, if the GoB does not overturn its approach.

Of the three small and most densely populated African countries, Burundi is the only one whose government still does not consent to visible investment efforts to make the quality of its land governance a decisive way out of the Malthusian trap. Its untidy approach to the issue and the derisory amounts of money dedicated to it are eloquent evidence. Far from being technical and peripheral, as the GoB seems to believe, the issue is highly political and central. Burundians’ food and human security, their housing, the capacity of the GoB to boost investments, to reduce dependence on external aid, and other vital interests depend on it.

Today and in the short, medium and long term, poor land governance has incalculable, direct and indirect consequences on the political, social and economic stability of Burundi. It allows force to impose its rule in the scramble for land, at the most deprived and the state’s expenses. It impoverishes and weakens the state, by depriving its economy of considerable revenues. It contributes to putting thousands of landless and unemployed youth on the streets. Between the 1979 and 2008 population censuses, the number of households in Kamenge neighbourhood in North Bujumbura made an eleven-fold increase. However, this area was never enlarged proportionally, neither on the surface nor in height. In the summer of 2014, Kamenge was one of the three neighborhoods that were the worst hit by a cholera epidemic. Two years earlier, in 2012, Nyakabiga, in the center of Bujumbura, suffered the same epidemic. In almost 20 years of real estate development in Bujumbura, virtually all the land estates cleared by the state to create residential areas have been captured by the most affluent. As a result, decade after decade, the most disadvantaged crowd into the same poor and supersaturated residential areas. Sanitation facilities become irrelevant and cholera answers the bell. This is an example of lack of foresight in urban land management with high potential for adverse social effects. It is also an example of how politics can superficially play ethnic groups and neighborhoods against each other, when in fact, at the lower end of the income scale, they share a common fate and suffer equally from poverty.

It is the relationship of Burundi political leadership with the future that determines its true ethical and moral DNA. If Burundi is to host 26 million inhabitants and nearly a thousand inhabitants per square kilometer in 2050, then now is the time for the country to be disposed to top up the granaries and make room in the cottages for the next generation. For now, evidence of the good will and capacity of current leaders to regenerate themselves is still very much awaited. Sadly, a shorter-term horizon – the 2020 elections – takes precedence over everything. James Freeman Clarke, an American theologian, said: “A politician thinks of the next election. A statesman, of the next generation.” Should we lose a generation to win an election?

Louis-Marie Nindorera is co-author and coordinator of Land Governance Asssessment Framework: the case of Burundi, September 2017. 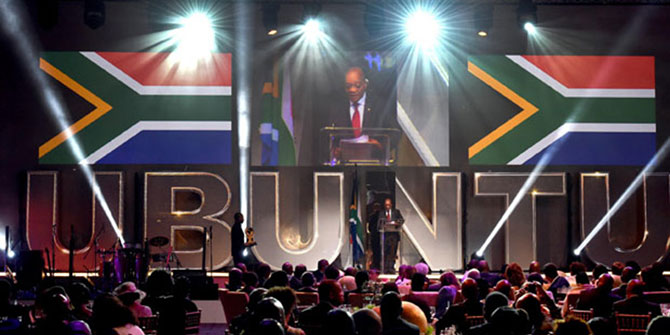