Through the story of Chol, LSE’s Naomi Pendle explores the meaning of exile and the lived experience of being a refugee through cycles of displacement and return. In the first article of this two-part series, Pendle tells us how Chol rebuilt home after years spent in exile. Now, LSE’s Naomi Pendle narrates Chol’s return into exile, a journey that was in itself a return and cemented his ability to build a family.

Read Part One of this article

Chol’s account of his journey into exile and being a refugee starts with his family.  In December 2013, fighting between the SPLA in Juba (South Sudan’s capital city) and subsequent battles through the capital prompted war across South Sudan.  Bentiu, the regional headquarters of the Western Nuer, erupted into violence within a week.  Slowly, the war spread south along the marrum road towards Rubkuany.  The government’s heavy vehicles needed the road to move south.  The war reached Rubkuany by March 2014 and Chol’s ‘home’ tukal was instantly destroyed.  At the time, his wife was still breastfeeding their first son.

Chol and his family fled to the swamps, but they did not immediately leave this rural area of the Western Nuer.  Yet, in the mosquito-riddled, waterlogged swamps, Chol’s wife became increasingly ill.  The journey started with family debates and deliberations that focused on Chol’s wife’s health.  There were no medical facilities in the swamps of the Western Nuer and the nearest accessible health facilities were to the north in Bentiu town.

“It will be a shame to our family if your wife dies here”.

The family agreed to let Chol, his wife and their child travel to Bentiu to seek health care.  They feared that if the wife died of ill health her family and the community would be able to accuse them of neglect, especially as their marriage had had such a high profile.  Yet, they knew that the journey would be fraught with dangers and force them to weave between government and rebel held territories.

Chol had been classmates with the then government commissioner.  As they crossed from rebel to government-held territories, Chol sought safety in these networks of friendship.  These networks spanned across political divides.  He immediately approached the commissioner to ask for safety and for his help in the journey to Bentiu.  The commissioner allowed them to travel by car to this regional capital.  There they could receive treatment for his wife and stay in his in-laws’ empty house in the city.  The city was government controlled and largely empty of civilians; most people now preferred to live in the UN Protection of Civilian site (PoC) in Bentiu.  This fenced city that was patrolled by UN peacekeepers had opened in December 2013 to protect civilians.  It would itself become the second biggest city in South Sudan.

The journey to being an IDP

However, their journey of displacement was only beginning.  It was April 2014 by the time they had reached the quasi-deserted Bentiu town.  They made it to the city just ahead of a large rebel offensive to recapture Bentiu town from government control.  This offensive would gain international attention for the alleged massacre of civilians in the Bentiu mosque.

In advance of the attack, the SPLA-IO commander James Koang announced from Heglig, via Bentiu Town Radio, that an attack was imminent.  He encouraged civilians to flee to the POC for safety and that those who remained in the town would be assumed to be government soldiers.  Chol and his family tried to leave.  However, the government would not let people go to the PoC.  So instead they ran to hide by the river.  They listened from nearby as the town was captured by the rebel forces and then capture again by the government.  When the guns went quiet that night, they returned home.

In their absence, rebel soldiers had used their empty house as a store for looted goods that they had raided from the markets.  They had hoped to return, but had now been expelled from the city by government forces.  As Chol described, “That evening we feasted.  I can never normally afford to buy juice or coke or Fanta.  We could hear shelling outside, but inside we could just drink as much juice as we wanted.  It kept flowing.  We could not drink enough.  I could not get to a borehole to fetch water to wash the baby.  So we even used bottled water to wash.”

Yet, there was no safety in Bentiu town, so we moved to the PoC.

In the PoC, there was also no certainty of safety.  The journey had not ended.

So Chol’s journey continued to the north, back to where he had previously sought refuge in the 1990s.  Other people in the PoC either stayed, or if they could afford it, they traveled to Juba or even to Kakuma Refugee Camp in East Africa.  Many chose to return to places they had lived before.   Chol had long been a Southerner in the north, and he knew he could belong there.

Chol decided for his family that they should seek to travel to Sudan.  He wanted to return to Sudan and to that familiar place of safety.  His displacement was also to be a process of return.  Yet, this time, Chol made the decision alone.  He feared others would advise against this journey as people had already tried to reach Khartoum and not all had been safe.  Animals had eaten some people.  Soldiers had shot others.  Some had been safe.

The escape to the Sudanese border was facilitated by businessmen in the PoC who had knowledge of the paths to the north.  They would sell their service as a guide for a fee.  Only because Chol still had a small amount of money left could he afford their escape.

They left the PoC as night fell and so their departure could be hidden. They climbed over the dug barriers and trenches that were designed to protect the PoC residents from the dangers beyond.  They threw their bags and passed their baby to others as they struggled and swam through the floodwaters in the trenches.  Beyond the fence, they met their guide.  About thirty people from the PoC each paid 50 South Sudan Pounds to be led to the Sudanese border.  They were instructed to move silently in a single file line through the darkness of night.

Yet, that night their guide had been drinking and he mistook the route ahead.  He led them too close to the base of the Darfuree soldiers who were fighting for the government forces.  “We almost fell into their ambush and had to silently retreat for miles.  Because of the mistaken route, a journey that should take a day took over two days.  We had no water and only biscuits for the children.”

“Then you reach the Sudanese road and you are safe.  There are traders with water and biscuits.  It is their business and they make money.  But they are good as they kept us alive that day.  They will pick you up and help you.  You are tired and can barely walk.  They put you on their bikes.  They don’t charge you, but for their service you pick them to exchange currency with.”

For Chol, the moment of safety came with the moment of crossing into the lands where Sudanese traders safely operated.  Safety for Chol was the return to northern Sudan and the familiar values of business.  The making of money has its own logic and safety away from the dangers and unpredictability of his homelands.

From here, Chol and his family paid to travel by vehicle to Khartoum.

Crucially for Chol, this journey reinforced his identity as a father and husband.  By protecting this wife and son, and then managing to bring them safely to Khartoum, his ability to care for his family was affirmed.

The story of his journey ends with his arrival at his in-laws’ house in Khartoum.  It ends when he delivers his wife and son safely to her parents.  He had proved to his in-laws that he could safely return their daughter to Khartoum and that he was the right husband to entrust their daughter to.  In those first few nights in Khartoum, his wife stayed with her parents to rest and get better.  Chol complied with Nuer custom and did not stay in the same house as his in-laws.  Instead, he stayed nearby, with a Sudanese trader for whom he had used to work.  After this, his son stayed with his in-laws as is the norm in Nuer families as a child is weaned.  His in-laws fully accepted the marriage and the son that they had produced.

As is the case for many South Sudanese, Chol’s current flight to safety outside of South Sudan has not taken him to somewhere unfamiliar.  He had returned to friends, neighbours and families that are no less familiar than his ‘home’ in South Sudan itself.   For Chol, his flight into exile also helped him cement his own family with his wife and child; even if now in Sudan, they were his ‘home’.  It was these networks, as much as a journey to a safe space, that he sought to cement as safety for himself, his wife and his son.

Dr Naomi Pendle is a Research Officer at the Firoz Lalji Centre for Africa. 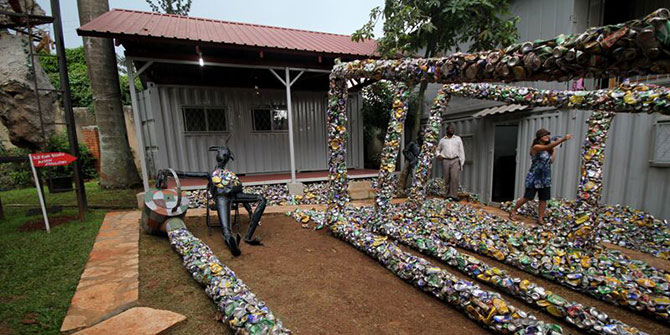 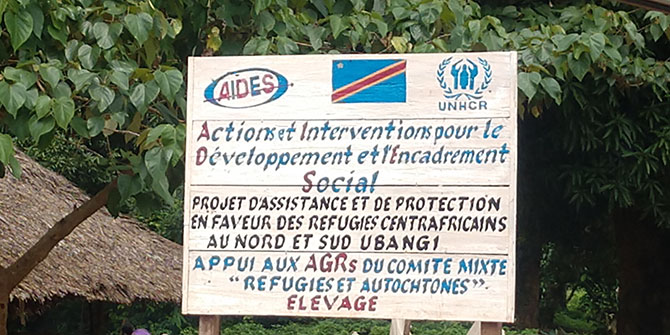 Bad Behavior has blocked 4524 access attempts in the last 7 days.