Visual and written narratives about conflict and victimhood tend to generate a series of much-repeated tropes. In this article, LSE’s Elizabeth Storer unveils a project which seeks to present a more accurate portrayal of displacement through the medium of photography.

Since 2013, the resurgence of conflict in the South has once again forced hundreds of thousands of residents from their homes, often across international borders. It is now estimated that nearly one million South Sudan citizens are seeking refuge in Uganda. The scale and complexity of the current crisis has reinforced the usual use of statistical descriptors, explanations of ‘inter-ethnic violence’, and impersonalised stories of victimhood in popular accounts. The advocacy of this explanatory industry – while perhaps based on good intentions – often silences and flattens local experience.

To counteract these generalised narratives which continue to shape how global publics understand war in South Sudan, the Beyond the Statistics workshop hosted on the 26 May 2017 at the Uganda National Museum, brought together an audience of over 80 representatives from South Sudanese communities, academia and activist projects to discuss alternative ways of seeing the long history of violence and displacement. In two panel discussions, scholars explored the practical, intellectual and emotional politics and history of displacement. Panel One, Reflections on Long-term and historic displacement featured presentations from Dr Mohamed A.G. Bakhit, Atem Elfatih and Dr Nicki Kindersley. The second panel focused on the contemporary displacement experience, and hosted Peter Justin, Clement Samuel, Ogeno Charles and Bashir Ahmed Mohammed Babikir.

Representations of conflict – and victimhood – in South Sudan are not just a product of writings on the conflict. In much photojournalism relating to the South Sudanese conflict and associated refugee experience – there are particular recurrent visual themes. Images often present militarised, masculine tropes of war – contrasted to helpless women and children who – in displacement seem to be waiting assistance.  On the other hand, echoing the somewhat optimistic narrative with which the Uganda policy of self-settling refugees has been reported as a ‘welcoming’ and model example. Neither of these generalised tropes accurately reflect the lived experience of displacement.

Aiming to counteract these generalised tropes, the Enduring Exile project, strives to present a more realistic narrative of displacement through the medium of photography.  The approach of this project was grounded in ethnographic research, which aimed to understand the logics and institutions which actually structured experiences of exile. Without denying the loneliness and isolation which comes with the uncertain surroundings of displacement, we aimed to understand how these emotional struggles were overcome in individual and communal settings.

Based in Arua Town, the project follows the lives of those that have opted to endure exile outside of the camps. Owing to its location near the border of South Sudan and the Democratic Republic of Congo, Arua has long hosted a cosmopolitan population. During prolonged periods of civil war, South Sudanese citizens have periodically sought refuge within these city limits. Some have developed long-standing links with communities in the West Nile, which have proved to be crucial for their survival. Often the ability to live in Arua is afforded by remittances from home, but as the value of currency continues to deteriorate, life becomes increasingly precarious.

Living in an urban setting does have benefits. For those who can afford school fees, educating children provides an essential investment for the future of families. However in Arua, as sometimes undocumented outsiders – South Sudanese live largely beyond the gaze of international humanitarian interveners. Fearing authorities, most avoid interacting with the arms of the Ugandan State. Life is often isolated, particularly as families are often stretched across national geographies. It is often the different denominations of the Christian church that offer the most coherent semblance of support for individuals subject to growing financial pressures and social isolation.

The church in exile

The forms, objects and styles of worship differs according to denomination. In Pajulu, the Theology College which has served as a haven for displaced South Sudanese over successive periods of exile, now often hosts Pentecostal preachers. Sermons often serve to make direct links between individual sin and responsibility for continuing conflict. The message is clear: active repentance will facilitate return. Often uncontrolled outbursts of prayer and repentance contrast to the solemn regularity of the weekly service in the Charles Lwanga Catholic Church – where the set liturgy is of course the same as that read in Catholic churches at home.

South Sudanese worship remains divided in Arua Town – though this is partly because of the different languages. However church services provide a forum for different South Sudanese communities to come together and express their identity, without the self-censorship that can be involved in daily life amid Ugandan communities. These services provide ongoing support for the challenges faced in exile.

At the Beyond the Statistics workshop, the project was displayed for attendees to interact and comment on this representation of their exile. The display was coupled by a theatrical interlude from the South Sudanese United Students Association, who feature in the exhibition. Their play, Healing through God’s Power, which was photographed in the grounds of St Charles Lwanga Catholic Church, and documents the moral and spiritual challenges of keeping faith during conflict and exile.

Coupled with the static portrayal of their performance, this drama provided a multi-dimensional snap-shot of life in exile, and the centrality of spiritual – as well as material challenges.

Enduring Exile makes visible groups of South Sudanese citizens who, by choosing to avoid residing in humanitarian settlements, may otherwise by invisible. It also focuses on church spaces central to constructing normalcy during exile, and offering teachings key to generating hope that return may one day be possible.

Documenting alternative spaces where life in exile is lived out, and emotional experience resides is difficult. It requires sustained research, and building the trust of communities. But it is only by uncovering these spaces that we can begin to understand how individuals and groups endure exile.

Read a full report on the panels, speakers and outcomes of the ‘Beyond the Statistics’ workshop hosted on the 26 May 2017 at the Uganda National Museum.

Elizabeth Storer (@lizziestorer) is a doctoral researcher in LSE’s Department of International Development.

The Beyond the Statistics workshop was supported by funding from the Haycock Grant, administered through the British Institute in Eastern Africa and the Nationality, Citizenship and Belonging for South Sudanese Communities grant awarded to Dr Mohamed A.G. Bakit and Dr Nicki Kindersley from the Volkswagen Foundation.

The Enduring Exile project is a collaboration between Elizabeth Storer (research) and Katie G. Nelson (photography) and  can be viewed online.

Curation for this exhibition was provided by Kara Blackmore, kindly assisted by the Politics of Return ESRC/AHRC grant. The Enduring Exile exhibition remains on display at the National Museum of Uganda, and will appear at the London School of Economics and Political Science, later in 2017. 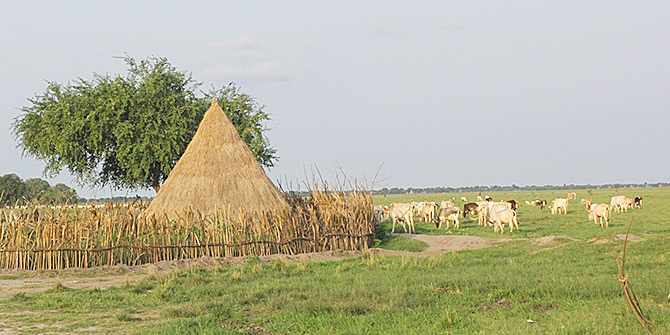 Bad Behavior has blocked 4770 access attempts in the last 7 days.