Kara Blackmore explores the vital role art can play in developing and disseminating research to a variety of audiences.

“Against statistical representations, this is an attempt to treat the crisis as, above all, lived experience…” – Achille Mbembe

Today’s European and American media outlets have been showcasing the experiences of refugees, asylum seekers, economic migrants and displaced people from Africa and Asia as exotic and homogeneous realities. Far from the fever of crisis being broadcast and the statistics that surround such moments of departure is the possibility for robust research. What the Politics of Return project aims to do is unpack what it means to live through displacement, for some even trapped in cycles of displacement and return. Yet, academia still struggles to make public the dense and layered research it undertakes. It is for this reason, we have proposed a series of aesthetic impacts as a fundamental part of the research process.

From its inception, the project has called upon artists to collaborate and make visual representations of the research. Congolese cartoon artist Cash Thembo inked the logo seen above after a series of dialogues around the intentions set out by the research team. Working in partnership with the VJ Cartoon Movement opens up a database of African sketchers to illustrate research outcomes. In the past, VJ Movement and LSE have partnered to make several series of cartoon stories, ranging from issues of greed in South Sudan, to narrating the inner workings of the International Criminal Court, or more recently The Story of Two Rapes. The format of cartoons makes available and accessible the data gathered by the research team. It also challenges, through humour and representation, the kinds of text-based work of academics, to make personal the stories their research documents.

As curator for the project, I endeavour not to follow the pattern of those who merely call upon artists to mimic ideas in their art. Rather, artists will be selected, then put in dialogue with researchers and asked to use their contemporary forms to make statements on the issues presented. In this way, the artworks can also speak back to the research and individualise the broad arguments proposed.

This dialogue will be developed through artist residencies at 32º East | Ugandan Arts Trust and be mediated through the collaboration with the African Youth Initiative Network. Here, young ambassadors will work in dialogue with artists and researchers to insist on accessibility of narratives for audiences (like themselves) who have been affected by legacies of war. The audience in this sense becomes a different kind of public to those who frequent museums and gallery spaces. These audiences are, however, the ideal participants for meaningful impact. Their feedback on the artworks will be critical to understanding how aesthetic spaces can be outlets for research findings. At the same time, the exhibition spaces will invite visitors to add narratives that relate to their everyday moments of displacement and return, calling upon the artworks as their own knowledge repositories.

To curate in this way calls for a surrendering of authority and power that finds a comfortable home when encased in academic ivory towers. This approach is part of a participatory-turn in curatorial thinking and research that values expertise found in lived realities as much as PhDs. It is also part of an ethic of justice to reframe the spectacle of suffering and insist on narrative approaches that reject legacies of representing humanitarian beneficiaries as helpless victims. Similarly, research that is being undertaken throughout the Politics of Return project highlights social phenomena in the wake of ongoing conflict and misrepresentation. For example, Tatiana Carayannis’ work with the Toleka Bicycle Taxi Union who refuse to be labelled as ex-combatants by formal Disarmament Demobilisation and Reintegration programs, or Liz Storer’s work with South Sudanese women who make communities within their displacement of Uganda.

Before knowledge is presented in the exhibition or impact platform it will have gone through a series of filters; starting with the memories of those who narrate their experiences, then compressed into the researchers’ digestion of information, to the processing agents of youth ambassadors and artists. Links in this knowledge chain will make visible how truth and witness can be codified into theoretical frameworks, abstracted through artworks and collated in exhibition narratives. The showcased product, then, does not mirror the moment of crisis, or body that has suffered. When exhibited, the difficult knowledge will have been transformed into a prism of truths reflecting off of each other to tell a story.

It is our aim to show everyday lived experiences of displacement as both unique but also iconic of what one might go through if they were entangled in such conditions. Presenting these stories to public audiences in Kampala and Gulu, Uganda, offers an experiential way to interact with research outcomes. The way of curating fundamentally expands the database and network of voices that the research can speak to. Conversely, it makes the research available to interpretation by artists and audiences, therefore magnifying an impact forum that often restricts its portfolio of commentary on the Internet or elite policy space. Uganda is an ideal setting for such an attempt, given its long history of displacement of both its own citizens and those from its neighbouring countries. Nestled at the intersection of the world’s fastest-growing migration concern, the exhibitions of art in 2018, if successful, will do what most socially-engaged exhibitions and indeed academia hope to do: provoke some kind of critical thought and propel some kind of social change.

Artists interested in applying for the residency at 32º East should do so before December 1, 2017.

Kara Blackmore is an anthropologist, curator and writer who works at the intersections of art, heritage and reconciliation in the aftermath of conflict. She is currently undertaking a PhD at the LSE focusing on the relationships between memorialisation and transitional justice in Uganda. As part of the Politics of Return project, she curated Enduring Exile: Lived Realities of South Sudanese Women in Uganda (Uganda Museum, Kampala, May-June 2017). 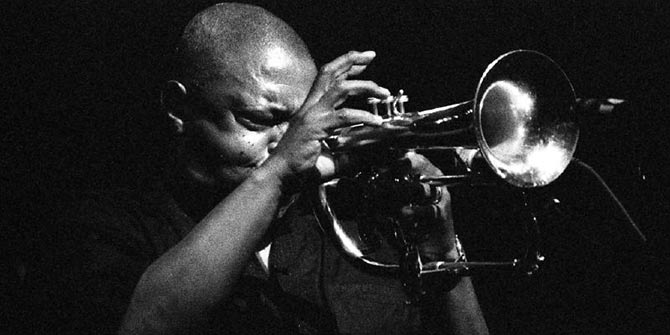 Bad Behavior has blocked 3701 access attempts in the last 7 days.