In October 2017, Kara Blackmore explored the vital role art can play in developing and disseminating research to a variety of audiences and unveiled how researchers on the Politics of Return project and artists selected through the 32º East residency would dialogue to create outputs on the issues presented. In this blogpost, Kara Blackmore and Nikissi Serumaga describe the process of selecting the three artists for the project.

After the open call in late 2017, Kara Blackmore (LSE) and Nikissi Serumaga (32º East) began 2018 reviewing the 42 applications, submitted in both English and French. Artists sent in their proposals, biographies and sample work stretching from Mali, to South Africa and even Thailand, all proposing their artistic place in Kampala. A concentration of applications came from DRC and South Africa, perhaps because of the promotion through the Visual Arts Network of South Africa and Kin Studio in Kinshasa.

The selection process then resumed independently with each reviewer identifying two levels of picks. We were looking for a strong concept, a dynamic aesthetic and meaningful statement of interest. Applications were immediately cut when we saw no engagement with the theme of the residency and little passion for working with research or migratory communities. Not surprisingly, those who had experienced forced migration were often most in-tune with the challenges and possibilities of this research-embedded residency of social practice.

Applications from those residing in South Africa showed that the infrastructure around conceptual arts has built a strong pool of creatives, tackling relevant social issues. However, there appeared to be a trend of postcolonial reactionary work that spoke to the uniqueness of the South African experience. While we found these applicants conceptually and aesthetically powerful, the applicants often struggled to make sense of a context outside their own. As a result, the progression of their work in a different region would require a bigger leap than perhaps three months would accommodate.

Positionality is vital for a residency like this because the artist will, at points, be asked to immerse themselves in the lived realities of displacement and return. Therefore the practice of the artist needed to have a scope and range to accommodate the task of reimagining the findings of the research. For the many photographers that applied, we found that there was often a sense that humanitarian representation was a meaningful avenue of portraiture. This residency, is in fact set up to rally against misrepresentation of the voiceless, nameless, suffering black body. The applications did, however, demonstrate a desire by photographers working within Uganda to break out of those framings and create artistic bodies of photography beyond the humanitarian lens. Key to the reviewing of the applications is a desire to respond to trends/special strengths found in the applications, outside of the selected applicants, to offer flexible administrative and creative solutions for artists we are connected to through an open call. Therefore, we would like to respond to this photographic trend by programming a public discussion or workshop later this year to address the grammar of image in a landscape of humanitarian representation.

After a series of interviews, we tried to create the right dynamic within the studios for the residency duration. This resulted in the selection of Bathsheba Okwenji (Fort Portal, Uganda), Gael Kusa Kusa Maski (Kinshasa, DRC), and Willy Karekezi (Kigali, Rwanda). From painting in public, to film installation, and collage, we hope that these three residents will take their experiences and their medium of making to the next level. Wanting to not reject or discard the other applicants, we will endeavour to create programming through the residency that will tackle the issues of making around migration in today’s Kampala.

Nikissi Serumaga is the programmes manager of 32º East and a practicing filmmaker. Her primary role at 32º East is to assist with the artistic and professional development of artists and members through residencies, public programming, workshops and 32º East’s resource centre.

Kara Blackmore is an anthropologist, curator and writer who works at the intersections of art, heritage and reconciliation in the aftermath of conflict. She is currently undertaking a PhD at the LSE focusing on the relationships between memorialisation and transitional justice in Uganda. As part of the Politics of Return project, she curated Enduring Exile: Lived Realities of South Sudanese Women in Uganda (Uganda Museum, Kampala, May-June 2017). 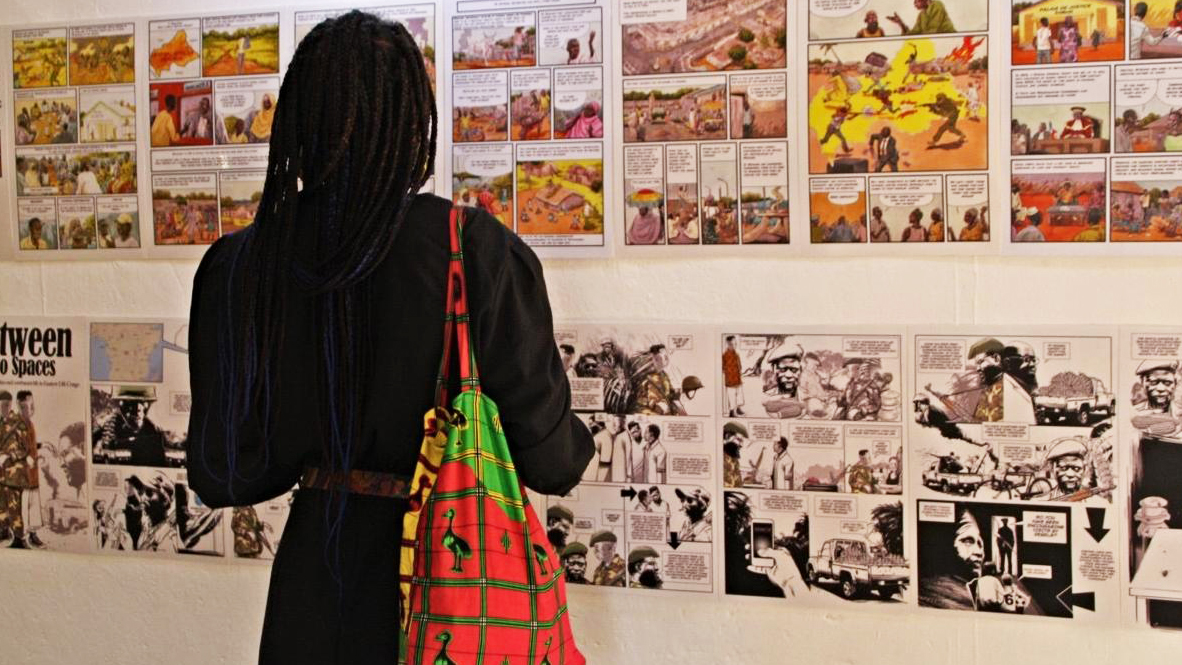 Bad Behavior has blocked 3922 access attempts in the last 7 days.