Lansana Gberie discusses how Kandeh Yumkella and his National Grand Coalition have injected a measure of unpredictability into the 2018 Presidential elections.

With one week to go until elections take place in Sierra Leone, the dominant question is not so much about which of the three leading candidates will win. Rather, it is about whether the traditional two-party system will survive in its current form after the vote.

Since Sierra Leone gained independence from Britain in 1961, political power has alternated between the All Peoples Congress (APC), the current incumbent, and the Sierra Leone Peoples Party (SLPP), the main opposition, except for two rather brief military interludes, amounting in all to six years. Only those two parties currently have members in the 124-member parliament (70 APC members, 42 SLPP members and 12 Paramount Chiefs, who are nominated by their peers.)

Until six months ago, it was taken for granted that the standard-bearer of one of those parties will be elected on 7 March to succeed President Ernest Bai Koroma. In October, Mr Koroma handpicked Samura Kamara, his former minister of foreign affairs and a stiff technocrat who is distinctly awkward on the stump, as presidential candidate. One day later, SLPP presented Julius Maada Bio, a former military leader who was the party’s standard-bearer in 2012, as its presidential candidate. Bio is far better known than Kamara, though the latter has a far longer resumé in government.

The SLPP leader served briefly as military head of state in 1996. His was a highly consequential tenure, however, having started formal negotiations with the Revolutionary United Front rebels, conducting national elections, and handing over power to Ahmad Tejan Kabbah in what was a surprisingly orderly transition. Bio is also a more energetic campaigner with a dedicated, almost fanatical, following in the south and east of the country, the SLPP’s traditional heartland. Though dour and uncharismatic, with zero personal following, Kamara can also count on the significant support for his standard in the APC’s heartland of northern Sierra Leone. It is by exploiting this ethno-regional faultline – the repository of some very powerful social deposits – that the APC and SLPP have ensured their dominance of the country’s politics for over 50 years.

The good news for those who look forward to more progressive politics beyond instinctual preferences is the emergence, just about six months ago, of a brand new party led by an unusually charismatic former top UN civil servant, Kandeh Yumkella. The party has the ambitious – some say misleading – name National Grand Coalition (NGC), which Yumkella has positioned to appeal to Sierra Leoneans who want to break free from the shackle of two old parties that offer little excitement to anyone not already a partisan. Young people and the educated class, both inside and outside the country, have been particularly galvanised by the NGC in unprecedented ways.

Yumkella consistently campaigns on ideas and policies, holding up the hope of major political and economic transformation. This is new in a country where voters generally have little expectation of their political leaders. His approach indeed offers a refreshing contrast to the other candidates who already assume that their parties have a large and stable following that needs only to be fully mobilised to flock to the voting booths on polling day and catapult them to office. (There are several other candidates leading new parties, but none of them has made an impact seriously worth considering).

Despite its long experience of electoral politics, however flawed, Sierra Leone is much like many other African countries. Its politics are shorn of ideas that can be relied on to yield constructive power and real socio-economic development. Instead, the ruling parties have maintained some kind of legitimacy mainly by appealing to sectarian or ‘tribal’ interests. Largely because of this, government has never achieved the accountability that would allow democracy to work properly.

Indeed, since Koroma became President in 2007 he has succeeded in transforming Sierra Leone into what political scientists may call a ‘hybrid regime’, meriting the term democracy only because it conducts regular elections. Democracy works only when government is accountable, which alone – not regular elections – gives the state legitimacy. Once government fails to function by principles of democratic accountability, it becomes a failure, devolving into tyranny and forms of clientelism. Under Koroma, Sierra Leone has edged closely towards that depressingly familiar path.

When he took power 12 years ago, Koroma said that his was a government to be run as a business, with himself as chief executive. In this, he has largely succeeded. He has vastly enriched himself and his family, and has enhanced the powers of his office through the use of incentives derived from the state’s patrimony. At critical moments moreover he has successfully breached the system of separation of powers upon which a liberal government rests. Parliament, which his party has dominated since 2012, became a pliable rubber-stamp instrument, and the rule of law has been weakened by his compromising the independence of the judiciary and the professionalism of the police.

In fact, the conduct of elections since Koroma became president have often been so tainted by irregularities that no one takes for granted that the one on 7 March will be free, fair and transparent, despite the conspicuous presence of foreign observers. For no-one seriously trusts that observer groups despatched by African Union and European Union only a few weeks before the votes can prevent rigging by a rogue or determined incumbent – nor that they would protest if rigging does happen.

Aside from the dynamism of Yumkella’s campaign, a single but important source of hope is the National Elections Commission, which has gained a reputation for independence and probity under Mohamed N‘fah-Alie Conteh, its current chair.

Mr Conteh burnished his image of forthrightness and independence on 24 January, when he dismissed a petition by an APC politician challenging the qualification of Yumkella to be placed on the ballot for President and Member of Parliament. The petition had claimed that Yumkella was a dual citizen, and that holding a foreign nationality in Sierra Leone is a disqualifier for elective position or high office of state, including President, cabinet minister, Member of Parliament and Justice of the Supreme Court. In fact, Yumkella had already by then made public his renunciation of his American citizenship at the time, which he had taken while resident in the United States first as a student and then as a university professor in the 1980s and 1990s. Sierra Leone made dual citizenship legal in 2006, but a little known provision in the country’s 1991 constitution provides sufficient ambiguity for some to suggest that dual citizens are ineligible to contest for elected office. Conteh’s predecessor, Christiana Thorpe, was known never to spurn the wishes of the APC hierarchy: matters would now have taken another turn if Koroma had not already transformed her into a Deputy Minister.

Spurned by Conteh, the APC has taken the matter to the Supreme Court – which it has asked to determine whether the constitution is not violated by having a “naturalised citizen” like Yumkella to be on the ballot, where his name remains to this point. Though the Supreme Court has in the past few years invariably ruled in favour of the ruling party, this case is likely to embarrass some of its judges, who themselves are known to hold a second nationality. Moreover, over 50 per cent of Koroma’s cabinet ministers reputedly have dual nationality, as do a large number of lawmakers in the just-dissolved Parliament.

Given its record of ponderous deliberations, the Supreme Court, which only last week set up a panel of three justices to consider the case, is unlikely to pass judgment before 7 March, the day the elections take place.

Yumkella will likely, therefore, remain on the ballot for President. If there ever was a chance to upend the mighty duopoly of APC and SLPP, which has never really functioned on principles of democratic accountability because of being rooted in disabling ethno-regional sentiments, the NGC represents that chance. It has inspired much hope.

It remains to be seen whether the energy it has unleashed will prove strong enough to overcome the powerful and seductive hold of the very familiar and potent symbols of identity and historical memory represented by the SLPP and its old rival, the APC.

Lansana Gberie is an academic and journalist, and is the author of A Dirty War in West Africa: the RUF and the Destruction of Sierra Leone (London, 2005). 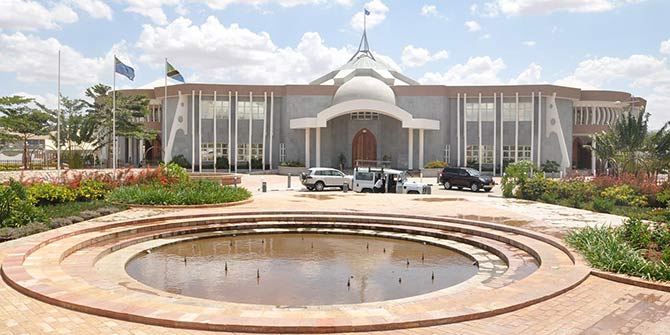 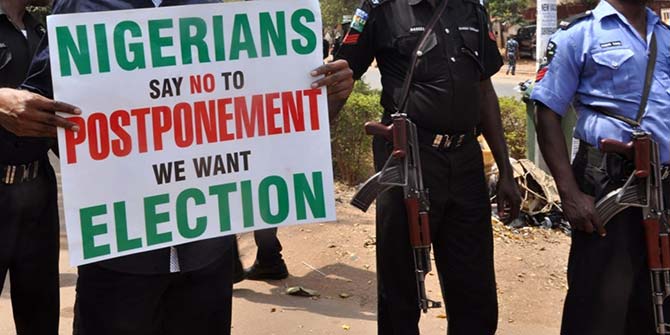 Bad Behavior has blocked 2229 access attempts in the last 7 days.