Anne Heffernan says Mandela’s Kinsmen by Timothy Gibbs should be required reading for  anyone seeking to understand the imprint of rural and Bantustan politics on South Africa’s national stage.

the rural village of Qunu, in South Africa’s rural Eastern Cape. Mandela had grown up in Qunu, at the court of his relative the Thembu regent, Jongintaba Dalindyebo, and in his autobiography South Africa’s first democratic president spends substantial space reflecting on his early years here. Between Mandela’s birth in 1918 and his ascendance to the presidency in 1994, the region of the Eastern Cape to the east of the Kei River (the Transkei), where Qunu lies, was subject to major political changes, which in turn affected the political trajectory of South Africa itself. This history is the subject of Timothy Gibbs’ Mandela’s Kinsmen.

Mandela’s Kinsmen is a history of elite relationships and networks that often transcended yet sometimes succumbed to political and ideological differences. It is peopled by a who’s who of Transkeian notables – not only Mandela and his kin (Jongintaba and King Sabata Dalindyebo, Kaiser Matanzima, and Winnie and Columbus Madikizela) are represented here. So are key figures from South Africa’s past and present: Chris Hani, Govan and Thabo Mbeki, and Bantu Holomisa, to name just a few. Gibbs strongly highlights the role of educational institutions, especially the venerable mission schools of the region, in educating and building the networks of elite politics through which these people moved.

Status in this world was not fixed, however, and education in particular offered a way to change one’s fortunes and access important economic and political networks. Gibbs gives the example of Chris Hani, later in life the commander-in-chief of the ANC’s Umkhonto we Sizwe. Hani was born the son of a labourer and a domestic worker, whose bursaries at the prestigious mission school Lovedale and later the University of Fort Hare enabled him to become employed in a Cape Town law firm (Page 112). Importantly, it also positioned him in the educational networks of many of the exiled and imprisoned ANC leadership. His political activism as a student crystallised in an invitation to join the ‘secretive’ South African Communist Party, catapulting him into underground resistance politics.

The networks that shaped Hani and others like him are at the core of Gibbs’ analysis; he examines how they connected but also transcended personal politics. The example of Nelson Mandela and Kaiser Matanzima is perhaps one of the most powerful. As relatives, the two young men grew up near one another and studied law together at Fort Hare. Gibbs notes that when Mandela was a young lawyer in Johannesburg in the 1940s, Matanzima was completing his articles in the Cape, and the two remained close, ‘Matanzima staying with Mandela whenever he visited Johannesburg’ (Page 24). But as Mandela became increasingly involved in the liberation politics of the ANC, Matanzima began to advocate for the separate development espoused by the apartheid state.

Here, Gibbs exposes a complex history of internecine conflict and competition for influence in the Thembu royal family and regional politics. Matanzima successfully subverted the rule of his younger cousin, King Sabata Dalindyebo, and leveraged his alliance with Pretoria to increase his power as a paramount chief, and eventually become the president of the independent Transkei Bantustan.

One of the most remarkable contributions of Mandela’s Kinsmen is its effortless weaving of the politics of the apartheid state, the Transkei, liberation movements (predominantly but not exclusively represented by the ANC), and the chiefly politics of Thembuland and neighbouring Mpondoland, into an interconnected narrative of shifting power relations. Gibbs makes these complex issues intelligible by following the individuals who often navigated many of these spaces, simultaneously or successively.

This makes Mandela’s Kinsmen an important contribution to a growing body of literature that re-examines the history and contemporary place of Bantustans in South Africa. Since their inception these political formations have been reviled as collaborationist in contrast to the resistance mounted by liberation movements. Gibbs rightly argues ‘We need to find a language that goes beyond the narrative of ‘Bantustan stooges’ and ‘nationalist liberation movements’ in order to incorporate the shades of grey that were so important to the apartheid endgame’ (Page 6). Mandela’s Kinsmen, with its intricate description of the personal relationships and networks of Transkei’s elite ‘notables’ brings us closer to such nuanced language.

Lastly, Gibbs should be commended for the way that the very local history he describes here resonates with other aspects of colonial and nationalist history elsewhere in Africa. He explores the establishment of Bantustans as ‘a peculiarly rickety type of indirect rule’, decades after this colonial tactic had been employed in other parts of Africa and other colonial contexts. He also interrogates the Transkei’s contribution to new forms of nationalism, which have endured beyond the dissolution of the Bantustan itself.

Mandela’s Kinsmen should be required reading for anyone seeking to understand the imprint of rural and Bantustan politics on South Africa’s national stage.

Anne Heffernan (@AnneHeffernan84) is a Research Associate of the Wits History Workshop at the University of the Witwatersrand, and Assistant Professor of Southern African History at Durham University. 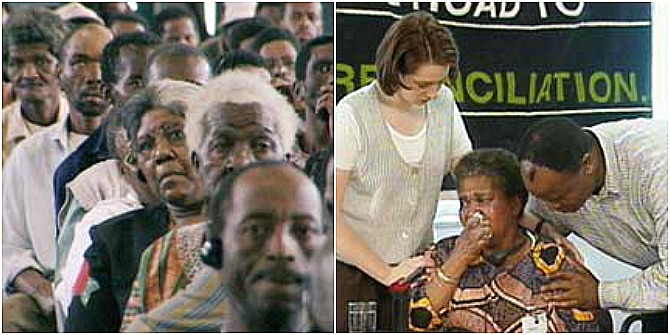 Bad Behavior has blocked 2253 access attempts in the last 7 days.