Madeleine Issitt narrates how Aloh Francis emerged from conflict-affected northern Uganda to develop a football career that took him to Vietnam.

More than half a century ago, six footballers from the Acholi region of northern Uganda were selected to play in the Ugandan national football team that travelled to England. Famously playing barefoot, they defeated the Great British Olympic team 2-1. One of the travelling team, Okot p’Bitek remained in England to study in a number of British universities, going on to become a renowned East African poet. In the decades following Okot p’Bitek’s death, his home region was caught up in appalling wars and upheavals. However, within this context of conflict, football was a way out for Abonga Francis.

I met Francis (aged 29) in his home town of Gulu, northern Uganda, and at 6ft 2in, he exudes a combination of both fitness and charm. Clearly admired and respected in the area, he is proudly known by all as ‘our striker’.

The first football with which the striker ever played was made from dried-out banana leaves, compressed, bound, and then chased around a football pitch by his primary school. This love of football was fostered and fuelled by a strong tie with two other boys, who found companionship in sport. He played whenever he was able, in break times during school and late into the evenings. The three boys grew closer through sport, arranging themselves when teams were being decided so that they could play together as the most formidable trio on the pitch.

Growing up in the context of intense conflict in northern Uganda, Francis began his education in Gulu as a young boy, during a time when thousands of children were being abducted by the Lord’s Resistance Army – many of them never to be seen again. In these difficult circumstances, the joy of football was intense. Despite standing out as a talented player from early on – and having a natural advantage by being significantly taller than his counterparts – Francis was not initially on the school football team. This was a result of the diverse ages of students at his school, meaning that many of the boys in his class were several years older than him, giving them the upper hand in age and physical capacity to dominate the football team, leaving others, like Francis, behind.

With the ongoing threats posed by the Lord’s Resistance Army (LRA) and the anti-insurgency operations of the Ugandan government, his mother chose to send him away to live in Kampala, where his father was working as a policeman.  It soon became clear that the standard of education he had received in war-affected Gulu was of a significantly lower quality than that in Kampala, forcing him to repeat two years of primary school. However, no longer faced with the challenge of asserting himself among a dominant older group, Francis shone among his peers in his new school, and made it onto the football team. Back in war-affected Gulu for secondary school, his entrance into the school team became possible when a strike from a group of Senior 4 students got them expelled and conveniently opened up a number of spaces on the football team – finally allowing him the opportunity to get his skills recognised. Despite his frustration at being placed in defence, he is certain that he was still ‘the best right-back’ in the team.

A broken leg from attempting a challenging header was a critical moment in Francis’ footballing life. Set wrongly by the doctor, his ankle remained painful and swollen for months after the accident, preventing him from walking, and most importantly, running. Taking this in his stride, he decided to temporarily rebrand himself as a goalkeeper. With one foot in a boot and the other one squeezed into a sandal, he saved goal after goal after goal. Acknowledgment came when his secondary school headmaster pulled him out in assembly and told the school that they ‘would benefit from this boy’.

The realisation that football could earn him money as a career came when scouts from Express Football Club visited Gulu University, where he was studying for a degree in Business Administration. The first boy to be spotted by the scouts, he was faced with the most seminal comment of his career: “With a bit of fine polishing, you will be a star”. Things happened rapidly from then. Just 2 days later – delayed only by a university examination the day after these promising words – Francis found himself on a bus to Kampala. He couldn’t describe the nerves he felt, he says, when he was taken not to the Express Club grounds, but to the training ground of the Ugandan National team. Suddenly, at aged 20, Francis – or ‘Aloh’ Francis, as he has been known since an English family friend cooed ‘Hello, hello’ to him as a baby and others mistook it for his name – was training with the Ugandan Cranes for an entire week, and could not believe how he had got there.

Struggling to juggle university and football, Francis elected to finish the last 6 months of his degree before returning to the pitch, full-time. Still wary of the stability of his potential future income as a sportsman, he trained for a banking job in Kampala, simultaneously playing for Sports Club (SC) Villa, who had just signed him for a two-year contract. Once again Francis fell into a routine of studying by day and playing football by night.

Spotted by a Ugandan agent with connections in Vietnam, Francis was invited to play for Navibank Football Club in Saigon, just as his contract with SC Villa was about to expire. His thrill at playing football on the other side of the world was quickly sapped when faced with undisguised contempt and hostility on the streets of Saigon. He describes one occasion in which a mother shouted, pulled her child away from him and turned their backs on his friendly smile and wave. Encouraged by other African players in the team to accept ‘they are like that’, he played on. After playing against teams from India, Brazil and Europe and then for T&T Hanoi for a number of months, Francis finally returned home.

The three friends that began playing football in Gulu with a ball made from banana leaves are still friends, but Francis remained the only one to take football further than High School. He mentions with a grin that they boast about their connection to him, proud to remind others of their long-standing friendship. Now back sporting the strip of Gulu United FC, Francis reflects on his favourite match he ever played. It was the opening match of the Becamex Cup in Vietnam where they won 3-0 and the crowd reached 40,000 – a record for Francis. His most memorable however, he says, was playing in Kampala for SC Villa. The crowd did not reach 40,000, but they knew his name and chanted it – the whole stadium resonating with the beat of his adopted name given to him accidentally at birth.

The future looks bright for Aloh Francis, as he continues to seek out contracts that might take him to bigger matches and louder crowds. Hoping to play football for as long as possible, he has not yet let go of his goal to play in Japan. There, he says, he believes he can dominate. Aspiring to the skill, speed and courage of Sweden’s top scoring striker Zlatan Ibrahimović, Aloh continues to train every evening from Monday to Friday, and insists he does not want to be – and will not be – “just average”.

Last night I watched Francis train with Gulu United. After two hours of intense training, the young men looked exhausted in the late afternoon sun, yet their coach still gathered them around him for a discussion on strategy, lasting almost an hour, in preparation for their upcoming game. As the sun finally disappeared and we found ourselves in almost complete darkness, I met their coach and his staff. Speaking to them about their hopes for the team, I realised just how passionate they were about the role that football is playing – and will continue to play – in healing the social wounds of war for the Acholi people.

Madeleine Issitt is a an undergraduate student at the University of Oxford, studying for a BA in Archaeology and Anthropology. 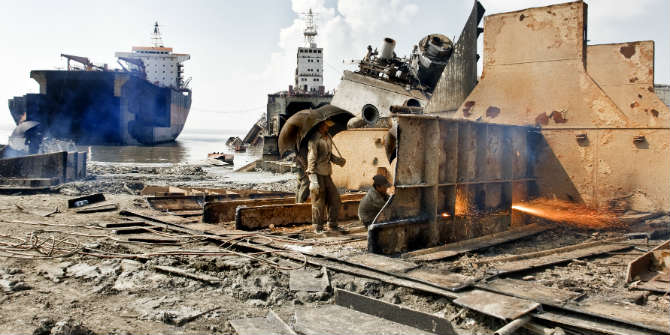 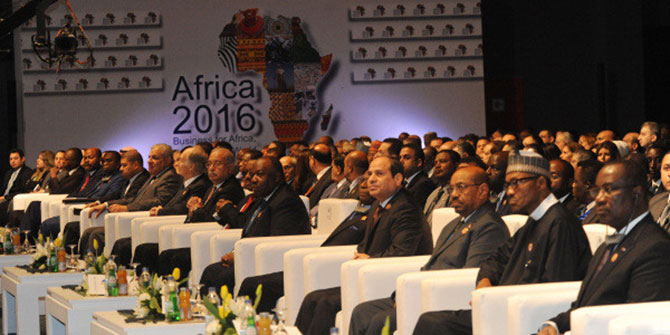