The former Save the Children UK chief executive, Sir Mike Aaronson, reflects on the history and legacy of the organisation. In advance of the conference at LSE on Politics, Humanitarianism, and Children’s Rights, which explores the relationship between these three constructs, he asks whether we, as today’s children’s rights advocates, have the courage of our predecessors.

Do children’s rights count for anything in the modern world? Do present-day supporters of children’s rights have the same courage as – for example – Save the Children’s founders? Or have charities become so dependent on not upsetting their governments that their advocacy has become neutered? Maybe history can help us understand our current purpose better, and suggest what our future role might be.

For a hundred years the interplay between politics, humanitarianism and children’s rights has been integral to Save the Children’s work. The organisation was founded to provide emergency relief to children who were starving in central Europe at the end of the First World War. This humanitarian crisis resulted directly from the economic blockade imposed on Germany by the UK government in order to build pressure around the Versailles peace negotiations. On the back of an unsuccessful political campaign led by the Fight the Famine Council to persuade the government to change its approach and drop the blockade, the organisation came into being. Dorothy Buxton was the driving force in both initiatives, and it was her older sister, Eglantyne Jebb, who later became Save the Children’s leader. Thus a humanitarian organisation was born out of an essentially political cause.

Both sisters proposed that a focus on children’s well-being could help bring about a more just and solidarist international society. Although the idea of children’s rights that emerged was inspired by a humanitarian conscience, it was therefore imagined as a political project. By 1923 Jebb had formulated a concept she called The Rights of the Child, a simple but powerful statement of how the world should treat children. She argued that while it was possible to go on indefinitely providing humanitarian relief it was also necessary to take a step back and challenge why such relief was needed in the first place.

‘I believe we should claim certain rights for the children and labour for their universal recognition.’
– Eglantyne Jebb

In 1924 Jebb got the fledgling League of Nations to adopt the Declaration of the Rights of the Child, which was eventually taken up by the United Nations. In 1989 the UN adopted the Convention on the Rights of the Child (UNCRC), a more mature set of minimum standards that has since been almost universally ratified. Thus a successful political project was fired by a humanitarian passion.

At Save the Children I was always grateful to our founders for this normative and practical underpinning. Clearly children’s rights can only be secured within the context of children’s families, communities and wider society; we cannot single out children for special help without addressing broader social, economic, cultural and political factors. Nevertheless children’s rights constitute a uniquely powerful organising concept for relief and development work.

This is partly because crisis and disruption during childhood have a more damaging effect than at any other life stage. From a practical perspective early intervention makes sense and by caring for our children we are safeguarding society’s future. This was a powerful plank of Buxton’s and Jebb’s thinking; they believed that the best hope of repairing the huge damage wrought by the war lay with the younger generation. In Jebb’s own words: ‘Every generation of children … offers mankind anew the possibility of rebuilding his ruin of a world.’

Power also derives from the general if not universal acceptance of children’s claims on society as a whole. As a relief worker in the Biafran War I could see that both sides in the conflict understood and respected that we were only there to respond to the needs of children, regardless of whose side their parents were on. Although humanitarian space has since shrunk, by and large this is still a powerful moral argument. Of course, impartiality is no guarantee of perceived neutrality, but at least impartiality on behalf of children is unambiguous.

If we look around today it is easy to question the value of children’s rights. Whether it is the experience of children damaged by armed conflict, children seeking safety in the US from violence and exploitation in Central America, or a child whose mother’s terrorist connections result in that parent’s revoked UK citizenship, it is clear that despite the best efforts of children’s rights advocates the core principles of the UNCRC – non-discrimination, prioritising the child’s best interests, the right to development as well as survival, respect for the views of the child – do not have the normative force that their authors intended.

What would the founders of Save the Children make of this? It is hard to imagine the contemporary equivalent of being arrested in Trafalgar Square for distributing leaflets shaming the UK government for its economic blockade policy, as Jebb was in 1919. As today’s ‘humanitarians’, we must have the courage to stand up and demand respect for children’s rights as these sisters did. Charities have to take care not to be seen as ‘political’ but governments should understand and encourage the continuing importance of a vibrant, occasionally pesky, but robustly independent sector, rather than expecting the sector to fall in behind them by creating a legislative, regulatory and funding environment that constrains such independence. I don’t think Dorothy Buxton and Eglantyne Jebb would have accepted that…

Professor Sir Mike Aaronson was chief executive of Save the Children UK from 1995–2005. He is Director Emeritus of The Centre for International Intervention (cii) at the University of Surrey. He writes here in a purely personal capacity. 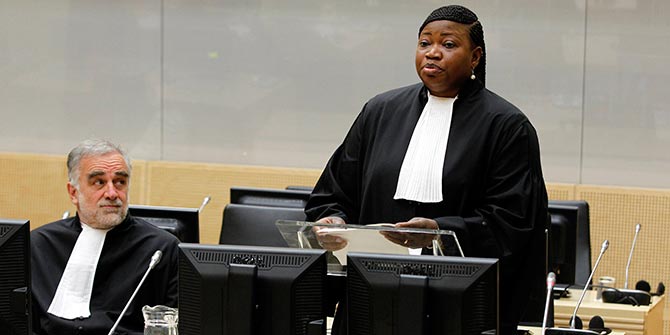 Why Zambia’s penal code needs to be reformed

Bad Behavior has blocked 1266 access attempts in the last 7 days.