Ethiopia: Where conscience is constantly on trial

Ethiopia: Where conscience is constantly on trial

In Ethiopia, Muslim leaders are facing an unjust trial for crimes they did not commit. LSE’s Awol K Allo reports on a trial that is “exposing the agonising and ultimately insoluble contradiction between the government and its laws”.

A high profile trial against protest leaders – intellectuals, activists and elected members of “The Ethiopian Muslim Arbitration Committee” – is shaking the Ethiopian political landscape. The government argues that the accused harbour “extreme” Islamic ideologies. It accuses them of conspiracy with terrorist groups to overthrow the government and establish an Islamic state in Ethiopia.

The accused have professed their innocence and denied the charges. In the courtroom, they present the prosecution’s case as the continuation of repression by legal means, which resembles the totalitarian perversion of truth and justice of Stalinist and Apartheid regimes.

While letting the legal process take its course, the accused are exposing the agonising and ultimately insoluble contradiction between the government and its laws. They protest the complicity of the court in the ultimate travesty, daring to speak truth to power, a la Daniel Berrigan: “You cannot set up a court in the kingdom of the blind, to condemn those who see, a court presided over by those who would pluck out the eyes of men and call it rehabilitation.”

In December 2011, Muslim activists began a peaceful protest against what they saw as a coercive imposition of a little known sect of Islam called al-Ahbash and its teachings on Ethiopian Muslims and their leaders. In the following months, protesters elected a 17-member “Arbitration Committee” to lead the protest. This protest was unique in many ways: It was innovative and playful. It was a renegade movement that refused to be threatened by prosecution or persecution and appealed to ideals and values more profound than “crime and punishment”.

After months of intrigues, negotiations, and all manners of malicious turns and twists, the government brought its fight against the community into the courtroom. By picking one of the most explosive charges available, the government transformed the political act of protest into a criminal act of terrorism. By criminalising people’s cries for dignity and justice, by twisting their dissent and moral objection into a shocking security threat, the indictment transforms the proclamation of dissent into an act of terror.

A criminal trial “is an indictment of individual behaviour”. The trial expresses and represents the normative idea of “calling to account”. It marks a moment at which a body-politic calls one or more of its members to account for a violation of its norms. In “calling to account” the body politic names the accused as a party to a dispute. This act of naming signifies something central to the legitimacy of the trial: It gives the accused a “speaking position”. The accused should be entitled to give an account of themselves and the dispute in which they are named; the right to contest the allegation.

The notion of “calling to account” imposes a great responsibility. It means that the government must treat the suspects as responsible moral agents, and must allow them “a voice in the interpretation of those norms“. The accusers must submit themselves to the same rules they apply to the accused – even more so when the accused is a public adversary. In a proper trial, “those who conduct the trial are also on trial themselves”.

This trial, however, is the complete negation of these principles. In fact, it is the most outrageous fraud imaginable. It is a fraud that best represents the vile baseness and moral bankruptcy of those in power who use the authority of the law and the devices of justice to mute peoples’ cries for truth and dignity. In the course of this trial, the government trampled on every facet of their fair trial rights, including their right to presumption of innocence, the right to open and public trial, the right to examine witnesses and contest evidence. It produced and broadcasted a fictitious thriller movie – Jihadawi Harekat – complete with tortured confessions, hearsays, and a nest of vile gossips – all in the name of fighting terrorism.

This, then, is not a trial aimed at revealing truth and determining guilt or innocence. It is a hostile act, an individualised act of war designed to extend the state’s power of prosecution and punishment beyond legal limit. To be sure, it is an authentic show trial designed to squash dignity and crush collective resistance to this revolting crime.

For the accused, this is a trial of conscience – the purely moral act of dissent against the regime’s outrageous attempt to convert the entire community into a new religious sect. As defendants in a show trial, they know that they could not be found innocent without the government being guilty and they insist on using the moment of the trial to proclaim, defend, and espouse those notions and ideas that compelled them to act in the face of jail and torture; to expose the indelible filth that sullied the Ethiopian justice system.

They want to assume the role of prosecutor and judge, and communicate this sorry state of affairs to the public gallery – a strategy reminiscent of black liberationist movements of the last century. They insisted that their trial be held in the Millennium Hall, the largest hall in Addis Ababa, so that they would turn the event into a “repertoire of resistance”.

While they expect neither mercy nor decency from the court, they know that the spectre of its violence will continue to unsettle it from within and precipitate its normative renewal. As two of the prisoners, Abubaker Ahmed and Ahmedin Jebel, told the court, “We stand before the court not because we expect justice but because we wanted to bear witness to history.”

They know that law produces a determinate effect but its meaning and content cannot be exhausted in one single determination. They may be found guilty and condemned but they know that the conscientious subject is not totally exhausted or absorbed in this single condemnation. They know that some of the most revered individuals in the history of enlightened thought, whether historical figures such as Jesus of Nazareth and Socrates, or those who changed history in our own time such as Mahatma Gandhi, Martin Luther King or Nelson Mandela, have been accused and condemned under the law.

For subjects that are torn between obeying unjust laws and following their conscience, for those who encounter dehumanising and death-dealing legislations and institutions, dissent is an absolute calling that comes from the inner most sanctum of the spirit. When the state mobilises unjust laws to condemn the innocent, disobedience becomes an absolute responsibility that transcend all manners of private calculations.

Finally, if we look beyond the surreptitious violence of adjudication; if we attend to that which escapes the innocence of courts and their symbolic personification of power; we will discern the promise of a transformative renewal made possible by these renegade claims.

This article originally appeared on the Al Jazeera Opinion.

Dr Awol K. Allo is a Fellow in Human Rights at the London School of Economics and Political Science. 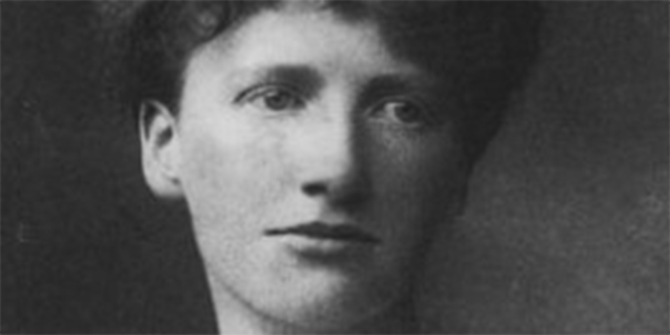