Diaspora communities have traditionally played a vital role in the social, political, economic and cultural affairs of their homelands, often providing financial support to their compatriots who stayed behind. Yet, in recent years, the diaspora-homeland relationship has changed and remains overlooked in the literature and by policymakers. Yaniz Voller explores the emerging role of diaspora communities as a transnational civil society, and the role they play as activists and campaigners.

Diaspora communities that originate in Asia, Africa and the Middle East, and are based in the West, have traditionally played a vital role in the social, political, economic and cultural affairs of their homelands. These communities have often emerged as a result of forced displacement, the outcome of crises in the homeland and conflict. Having established themselves, more or less, in the so-called ‘host country’, members of the growing diaspora communities, whose roots can be traced mainly to the later decades of the twentieth century, can now turn to support their compatriots who stayed behind. They are often a primary source of income for the families, sending them remittances from their work in Western Europe, North America and Australia.

The diaspora’s remittances have contributed significantly to the economic development of the homelands, mainly through government taxation. These communities have lobbied their homeland, and diaspora volunteers have returned there in times of crisis. At other times, they have taken part in peace processes (either as mediators or spoilers).

These aspects of diasporas’ connection with the homeland have gained extensive attention in the field of diaspora studies and by policymakers alike. However, in recent years, the diaspora-homeland relationship has taken a new turn, one usually overlooked in the literature and by policymakers. This is the role of diaspora communities as a transnational civil society.

For the younger generation of diaspora communities, contributing to the homeland goes beyond sending remittances or serving as their governments’ political extensions in the host country. For many, it has also meant integrating into efforts to improve the lives of people in the homeland and participating in different ways through networks, groups and institutions that seek to advance social, political and economic reforms. And indeed, in many countries, one could find diaspora returnees (namely individuals from the diaspora that have relocated, temporarily or permanently, to the homeland) working for non-governmental organisations (NGOs), international organisations, aid relief agencies and governments holding positions that enable them to contribute to changes in governance and society. Consequently, these young diaspora returnees and volunteers have become conveyor belts of ideas, strategies of operation and amplifiers of the demands of their homeland compatriots.

The purpose of my research project as part of the Conflict Research Programme (CRP) has been to address this topic and explore in detail diasporas as a transnational civil society. In this respect, the project corresponds with the CRP’s focus on the idea of human security and the concept of civicness. Diaspora communities’ participation in civil society campaigns, advocacy networks and generally in efforts to reform governance, politics and society covers a broad range of topics that affect the well-being of the citizens in their homelands. As part of this project, I have tried to answer several questions: what motivates diaspora communities to join civil society networks, political advocacy campaigns or any other form of action that aims to better the lives of people in the homeland? What kinds of ideas, strategies and modes of operation do diaspora communities and returnees carry with them to the homeland? How do they interact with local policymakers? And perhaps, most importantly, does coming from the diaspora give any advantages for returnees in their effort to bring about change? On the other hand, what are the unique challenges that diaspora returnees face in their work and activism, and how do they overcome these challenges?

In each of the cases, 25 interviews were conducted. This number is not a representative sample of diaspora returnees. Nonetheless, it has provided me with a wide range of interviewees, with different backgrounds, experiences and ways of serving as agents of change. The criteria for selecting interviewees was: possession of Western citizenship; an affiliation with an organisation, group, network, movement or political party that seeks to advance social, political and economic changes in the homeland. Affiliation has meant both salaried, as employees, and voluntary. Interviewees have included NGO and international organisation employees and volunteers, independents activists, founders of charity networks and organisations, journalists, educators, artists, civil servants and private entrepreneurs (although the latter category was narrowed to one interviewee in each case). The interviews were frontal, semi-structured and revolved around a set of open-ended questions.

The study has provided some interesting findings on the nature of diaspora transnational civil society activism. They are presented below, sorted according to several categories that overlap with the questions presented to the interviewees:

Societal challenges in the homeland
The needs and challenges that diaspora returnees and contributors identify in the homeland are very much influenced by their own experiences and understanding of what constitutes the backbone of society. Most interviewees identified the most urgent problems in their homeland as limited access to education opportunities, social divisions (ethnic, tribal, religious), a lack of transparency and corruption (though the word democracy was hardly used by interviewees), poor infrastructure, including in the health sector, and gender inequality (almost exclusively brought up by female interviewees). However, interviewees made fewer references to food and water insecurity.

Motivations for activism/work in the homeland
The NGO sector, as well as the civil service, are often portrayed as lucrative employment opportunities, in which diaspora returnees may have advantages over local populations. However, most interviewees noted that their reason for returning has been the desire to contribute and bring with them the experiences acquired in the West. Working for NGOs or in the civil service has been perceived as the best way to achieve these changes, and not as an attractive job opportunity. Only a minority of the interviewees admitted to having chosen careers in the sectors for the purpose of livelihood, while emphasising that they have had much better prospects of thriving economically in their host countries.

Types of work/activism in the homeland
Most interviewees have been involved with capacity-building and training. A minority of the interviewees had the opportunity to advocate their ideas and causes directly to the higher echelons of policymakers, and a smaller minority were policymakers. The reasons for this reality are varied: the expectation of funders and employers, a lack of networks and occasional hostility on the side of the local population (‘stayees’) have caused hesitation and insecurity among returnees.

Advantages of returning from the diaspora
Interviewees were asked to reflect on the possible advantages that coming from the diaspora may have had for their participation in activism and work in the homeland. The vast majority of interviewees counted among their main advantages their exposure to different cultures and ways of thinking, greater open-mindedness in comparison to the stayees, a willingness and ability to learn from others and better education and training. Some have seen themselves as better equipped to work with foreigners, and especially NGOs. Others compared themselves to foreign aid workers and suggested that their knowledge of local languages and cultures helps them to identify local needs better than international NGOs.

Disadvantages
The research has also assumed that diaspora activists will face particular difficulties. In reply to questions concerning challenges, interviewees have primarily stated that they face hostility from stayees, which stems from jealousy and fear for their employment. The possession of Western passports and time spent outside of the homeland has also led stayees to question the returnees’ loyalty. This has often led to insecurity and hesitance among the returnees. Alternatively, it has also motivated returnees to excel in their work and prove to the homeland their commitment. Another recurring problem, which has driven many returnees to leave and go back to their host countries, is the inability to adjust to the homeland, either in terms of living conditions or culture – both political and social.

Notwithstanding the challenges facing them, the majority of interviewees have seen their return as working towards their aspiration to bring about change. They have highlighted various ways in which they have affected the homeland, starting from reforms and legislation at the national level, through to introducing new norms of conduct in their organisations and among their colleagues, to transforming the views and ideas of their immediate environment. As such, they have seen the return of diaspora to the homeland as a desirable process, which their governments and international organisations should encourage and facilitate.

– International organisations, NGOs and donors could benefit from the return of highly-motivated and often highly-qualified members of the diaspora. The latter could serve as conveyor belts of ideas, experience and expertise and as bridges between their host countries and homeland.

– Diaspora returnees should be understood and approached as a group in each homeland, and not as individuals. This is because they are likely to experience similar challenges and benefit from the same advantages.

– International organisations, sender governments, and donors should set frameworks to train and organise diaspora returnees, to prepare them better for the challenges they might face, and how they can utilise their experiences to support reforms and political transitions.

– Especially for sender governments, targeting a particular group and highlighting their connection to the homeland is a sensitive topic. Governments should be aware of the fact that diasporas still view their ‘host countries’ as their homes, and do not seek to detach themselves from them.

– When employing returnees, international organisations and NGOs should encourage them to go beyond capacity-building and training and turn to direct advocacy.

– Authorities in the homeland should develop or create institutions to support diaspora returnees and benefit from their knowledge and expertise.

– Such institutions should also develop plans to educate workers and employees in the relevant sectors about welcoming diaspora returnees.

At this point, it is necessary to state that civil society networks and initiatives do not, and cannot, rely exclusively on returnees. Although diaspora returnees are important to such initiatives and can have valuable, even crucial, contributions to reform and protest movements, this contribution could only be relevant when there are established local networks and initiatives in place. Nonetheless, the presence of open-minded, qualified and enthusiastic individuals and groups could, in particular, benefit campaigns for long-term social, political and economic advancements.

This post first appeared on the Conflict Research Programme blog.

Dr. Yaniv Voller is a Lecturer in Middle East Politics at the School of Politics and International Relations, University of Kent. Dr. Voller is a 2018 Conflict Research Fellow on the Conflict Research Programme. His fellowship project is titled 'Transnational Diaspora Activism and Human Security in the Homeland: The Cases of Iraqi Kurdistan, South Sudan and Somaliland'. 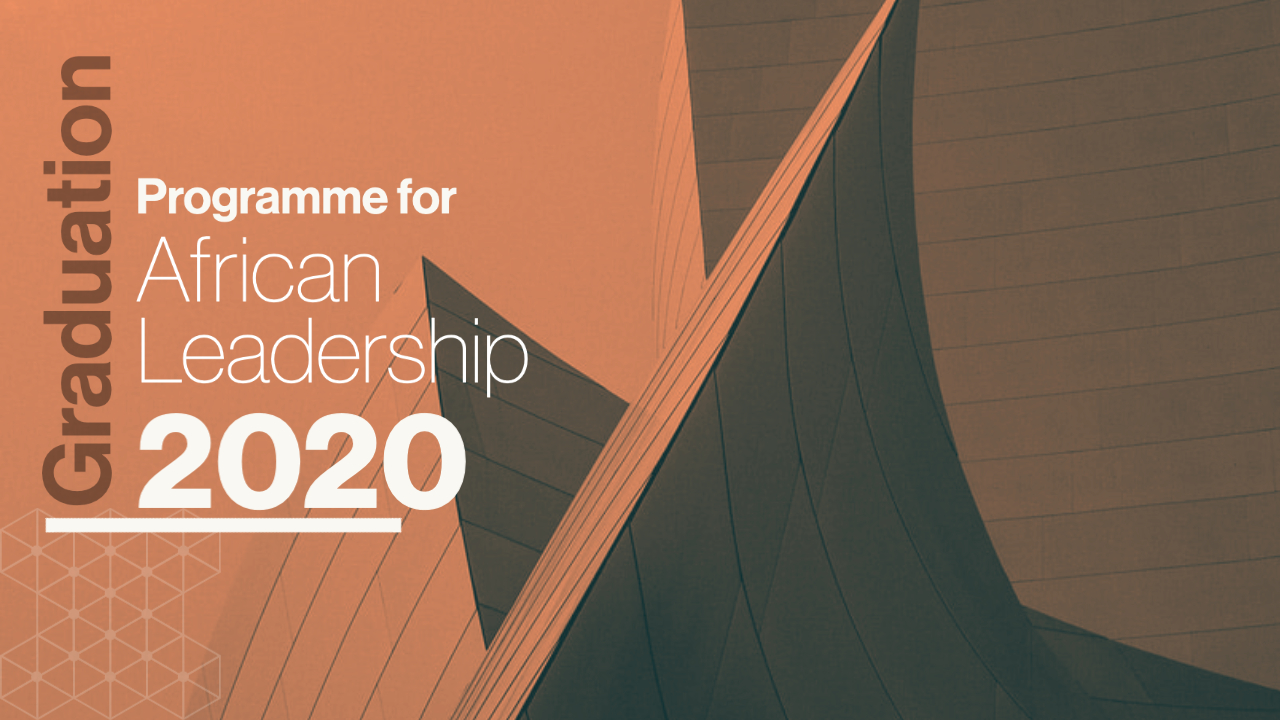