Money coming into Africa is outweighed by money coming out. As Southern Africa faces major challenges in meeting its targets on social and economic rights, Sunit Bagree addresses the effects of finance flowing out of the region illicitly, foreign public debt payments, and the potential for financial accountability through international bodies.

It is estimated that Africa requires additional annual financing of between $500 billion and $1.2 trillion in order to achieve the Sustainable Development Goals (SDGs). As there is a high degree of convergence between the SDGs and international human rights treaties (though the former are not legally binding), it is reasonable to assume that realising human rights on the continent would require similar sums. Financial outflows from Africa, by which money leaves the continent, are clearly antithetical to this requirement and are thus of great interest to activists and academics alike.

Our recent Action for Southern Africa (ACTSA) report, The Money Drain, provides up-to-date data on two major actual financial outflows from the region: trade-related illicit outflows and external government debt payments. The report puts these outflows in the context of the state of economic and social rights in the Southern Africa Development Community (SADC) region. A proportion of each outflow represents money draining out of Southern Africa that could instead be spent by the region’s governments to further the realisation of economic and social rights.

An examination of the latest available data demonstrates that Southern Africa has major challenges in relation to economic and social rights: the youth unemployment rate is 31%; 5.4 million people are undernourished; more than 40% of the population in 12 countries do not have access to basic sanitation services; 32% of Grade 6 students cannot read for comprehension and 58% cannot develop and solve simple arithmetic problems. Due to the scale of these unrealised rights in Southern Africa, countries of the global North and multilateral institutions have significant moral and legal responsibilities (under international human rights law) towards the citizens of SADC countries.

Trade-related illicit flows are generated through trade misinvoicing – that is, ‘the deliberate falsification of the value, volume, and/or type of commodity in an international commercial transaction of goods or services by at least one party to the transaction’. In Mozambique, for example, producers of timber frequently under-declare the quantities that they export, in order to lower the tax payable. The proceeds of trade misinvoicing tend to be diverted to tax havens. This allows the people or entities that benefit from trade-related illicit flows to hide from the laws and regulations of other jurisdictions. Overall, it is estimated that 30% of Africa’s wealth is held in tax havens.

Based on the latest data, we estimate that trade-related illicit outflows from Southern Africa amounted to at least US$8.8 billion in 2015 alone. This is a conservative estimate because there is no data for the Democratic Republic of Congo (DRC), only the SADC region’s trade with the global North is considered and only misinvoicing of trade in goods (not services) is covered. Because trade-related illicit outflows are illegal, there is the potential for a percentage of the entire US$8.8 billion to be taxed, with the funds used to realise economic and social rights.

For three reasons, foreign loans to Southern African governments are rarely positive, fair or sustainable for SADC citizens. First, some of the debt is illegal. A recent example is the US$2 billion of secret loans to Mozambique by the UK branches of Credit Suisse and VTB Capital in 2013 and 2014.

Second, some of the debt is odious: ‘not binding or enforceable on account of the creditor’s awareness of the fact that the proceeds of the loan would be used to oppress the population of the debtor state, or would be used for personal enrichment rather than public purposes’. For example, the DRC (then Zaire) under the rule of the corrupt and abusive military dictator Mobutu Sese Seko accumulated over US$12 billion in government debt.

Third, some of the debt is illegitimate. A loan does not have to be illegal or odious for it to be unjust. The amount and/or terms of a loan may put an undue financial burden on a country in its repayments, thereby hurting its prospects of realising economic and social rights. From a human rights perspective, therefore, even responsible lending has its limits.

Debt justice means identifying and cancelling illegal, odious and illegitimate debts, as well as respecting climate debts. As largely global North countries and not SADC countries are responsible for climate change, the former must transfer resources to the latter for adaption and mitigation. Cyclones Idai and Kenneth, which earlier in 2019 wreaked havoc in parts of Southern Africa (particularly Mozambique), are the latest reminders of the need for climate debts to be paid. However, in countries with governments that lack legitimacy and accountability, such as Zimbabwe, all funds generated to address unjust debt should go into an account managed by the UN for spending on realising the human rights of citizens (to prevent these funds from being misspent by the government).

Based on the latest data from international financial institutions (IFIs), ACTSA calculates that external government debt payments from Southern Africa amounted to at least US$21.1 billion in 2018. The true figure is likely to be slightly higher, as there is a lack of data for Namibia and the Seychelles. Of the US$21.1 billion total, US$1.9 billion was paid to IFIs, US$11.2 billion to other governments and US$8 billion to the private sector. Around two-thirds of these outflows take the form of principal payments with the remainder representing interest payments. In addition, there has been a rise in average external government debt payments as a percentage of government revenue since 2010, with a sharp increase from 2017 to 2018.

There should be significant investment in customs agencies, financial intelligence units and financial crime units to counter trade misinvoicing, particularly in SADC countries where oversight is weak. This should be accompanied by a crackdown on secrecy jurisdictions and tax havens. To tackle unjust debt, there should be participatory and transparent public debt audits in SADC countries, and for all loans to governments to be recorded in a comprehensive and publicly accessible registry. This could be supported by the establishment of independent and well-resourced international commissions that set rights-based policies on tax and debt and investigate tax- and debt-related abuses.

ACTSA worked with Global Financial Integrity (GFI) to produce its figure for trade-related illicit outflows. GFI’s data are based on the United Nation’s Commodity Trade Statistics Database (Comtrade) and IMF’s Direction of Trade Statistics (DOTS). Not all countries provide their trade data to the UN, and where Comtrade-based estimates are not available ACTSA uses DOTS-based estimates. ACTSA worked with Jubilee Debt Campaign (JDC) to produce its figure for external government debt payments. The figure is based on data from the International Monetary Fund and the World Bank.

Image by Free-Photos from Pixabay.

Sunit Bagree is Senior Campaigns Officer at Action for Southern Africa (ACTSA), the successor organisation to the Anti-Apartheid Movement. 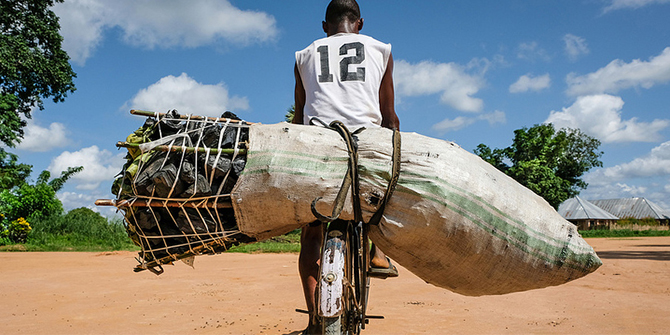 Bad Behavior has blocked 4243 access attempts in the last 7 days.