Teniola Tayo had never thought about living in Africa as a ‘problem’, at least not the way taught on her Masters course in International Development. But in class after class, lecture after lecture, she was confronted by graphs and numbers that repeated this same chorus.

Before I came to study for a Masters in International Development at the London School of Economics in September 2019, I had never been to Europe – or to any part of the Western world for that matter. The ‘global North’, if you like.

However, I never thought that the fact that I had lived the entire two decades plus of my life on ‘the continent’ was a problem for me. I considered myself very well read and somewhat well spoken, as were all my friends. I had never been to England, but I had stayed up to follow the Brexit vote, watching the numbers change on The Guardian in 2016 and understood the issues (including the psychological tactics used in the campaign) as well as the next guy.

When Donald Trump won the American elections, I usually pointed people to some of the other nationalist movements in the West as evidence that surely the world must have seen this coming. Why was everyone pretending to be shocked? I passionately discussed the Gilets Jaunes in France with French friends. My friends and I were Africans living in Africa, but we regarded ourselves as being on equal footing with the rest of the world.

On the other hand, I was not unaware of all the things that were wrong with my continent, I just had a more optimistic approach to things. I sat in roundtables, conferences and restaurants and argued vehemently with academics, colleagues and friends against ‘African exceptionalism’ – this idea that there was something uniquely wrong with Africa.

I spoke up whenever I felt a fellow African was being too negative or defeatist. I made statements like ‘We die here’ – a popular Nigerian phrase that is used to express a deep commitment to a person or cause. I was acutely aware of the scale of the humanitarian crisis in northern Nigeria caused by the Boko Haram insurgency. How could I not be, when I had visited Internally Displaced Persons camps and interacted with girls with wide eyes who only wanted to go home. I knew we had a problem. I was working in development and I knew all the important numbers.

Then I moved to London, where I started studying International Development at the LSE.

Raise your hand if you’re from a poor country

There’s this graph. It’s pretty much one of the first graphs you’ll see, if you ever decide to venture into the deep waters of International Development. It shows how some centuries ago, the world economy was basically in a pretty bad shape. Then some economies took off, leaving some behind. Then some other economies took off, leaving one particular macro-region behind. And that macro-region continues to get poorer. I could give you one guess what region it is but, because I’m a nice person, you can have two.

I like to say (and have had to say a few times since I got here) that I don’t think anyone is better informed about the ‘African problem’ than Africans themselves. We may not know the numbers, we may not be aware of our global rankings, but we know that yesterday our neighbour Sandra died in the hospital because there was no doctor available to see her. We know that a family in Onitsha died from carbon monoxide poisoning because of the electric generator they were using for power. We know how many of us have been defeated by our countries.

You want to tell me about corruption in Nigeria? My own father produced and supplied solar powered street lights to the Lagos state government in the 1990s. The payment for his hard work as the founder of what was a young engineering start-up was shared amongst the government officials, leaving him in debt.

You want to tell me about poor public service administration? I left my job as an Aide in the Office of the Senate President with two month’s unpaid salary. Poverty? My family was probably lower-middle income, but there were times when as an 11 year old I had to cook a meal for my family with less than $2.

So, we know. We know we have a problem. I guess we just didn’t know we were the world’s problem. At least, in the way that it is presented in the field of International Development.

Needless to say, this was a lot for me to take in. I would sit in class after class, lecture after lecture, seminar after seminar and be confronted with charts, graphs and all the other forms numbers take, all repeating the same chorus – Africa is a problem.

At one public lecture on feminism where Rwanda showed up on a chart of countries with better female representation in parliament, the presenter expressed her shock and asked for an explanation of this anomaly from the audience. At a seminar, my Teaching Assistant said to me ‘It appears Nigerians are very proud of their country, but with all due respect, it is lower middle income and cannot be used as an example.’ I was reminded of a verse I read in the Bible a long time ago (when I used to read it more often): ‘Can anything good come out of Africa?’ I imagined the world’s face turned to me, in question.

Africa wasn’t poor because Africans were stupid. But I realised that it was an inference many people made subconsciously and it sometimes found its way into their speech and attitudes. My concern was also because many of the Westerners in my class (future African expats and development workers) were in their formative stage with regards to their opinions about the continent. It was crucial to present a balanced perspective. My fellow African colleagues were already experiencing the consequences of this and were complaining about being talked down by Western peers.

‘We need to teach the Africans how to govern themselves’. Depending on who you are and what you’ve read, you may or may not have a problem with that statement. I had a problem with it.

Struggling with the added component of my identity – being black in Europe – and at the same time getting bombarded by so much negativity about Africa was overwhelming. It was hard. Why was Africa lagging so far behind? Why were we unable to negotiate good deals for ourselves? Why was Africa plagued with low productivity?

But also, why did so many people think they could solve the ‘African problem’? Everywhere I turned, there was someone prescribing something – ‘What Africa needs to do is to….’ ‘African leaders just need to….’

I couldn’t run away from it. Running away would’ve been like trying to scrub the brown off my skin. Now I am reminded of a seminar where three of us Africans were working on a task as a group. The seminar leader came to assess our progress then declaimed loudly, ‘You’re lagging behind!’ The thing is, we probably were lagging behind. Partly because I was being argumentative and challenging the opinions of the others. The other thing, though, was that his declaration hung around us like a stubborn odour. Africans lagging behind? What else is new.

I have since coined the phrase ‘defensively African’. Hello, my name is Teni and I’m from a poor African country..how are you?

Yes, the IMF might have gone crazy ruining some African economies, but who let them in? Who put us in a position where we had no choice but to let them in?

I blame my African leaders for the past and the present but I’m looking to them for the future. One of them, Ngozi Okonjo Iweala, said something that has stuck with me. Yes, the world might see Africa as its problem child, but it is essential that we do not see ourselves that way. Many things have gone wrong with regards to African development but some things have gone right. While it might be sexy to discuss what is wrong with Africa, it is more important to roll up our sleeves and work at replicating what we have done well. Let us learn from the African countries that are leading the pack on economic growth and diversification, poverty alleviation, political stability and others.

This post first appeared on From Poverty to Power. Photo by Eyitayo Adekoya on Unsplash. 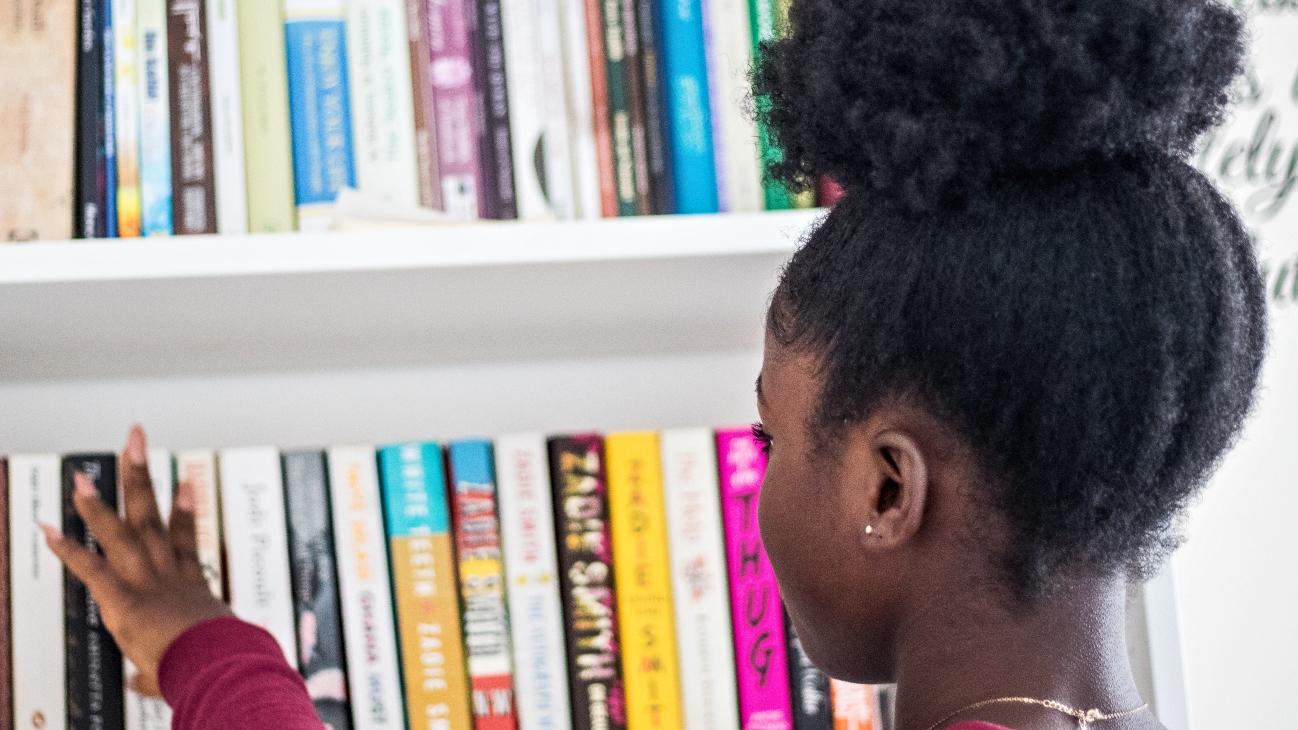 The myth of the ‘book famine’ in African publishing 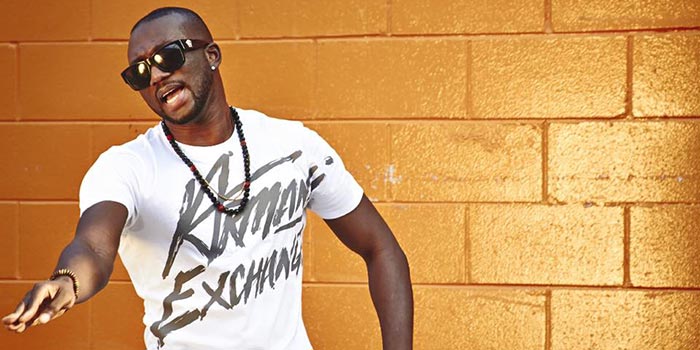 Bad Behavior has blocked 4420 access attempts in the last 7 days.