Nearly 900,000 South Sudanese refugees currently live in Uganda, where many live in waiting for an implemented peace agreement. By raising civil consciousness and challenging stereotypes learnt at home, South Sudanese NGOs have rolled-out peacebuilding work in Ugandan refugee settlements since the war erupted in 2013. What exactly are these strategies?

Uganda is home to nearly 900,000 refugees from South Sudan, who have fled a civil war now entering its sixth year. Peace agreements signed in 2015 and 2018 in South Sudan have yet to be fully implemented. The formation of a transitional government, a key component of the 2018 peace agreement – the Revitalized Agreement on the Resolution of Conflict in South Sudan (R-ARCSS) – has now been delayed twice, sparking increasing frustration from among South Sudanese citizens and the international community.

With over two million South Sudanese refugees across East and Central Africa, refugee concerns are increasingly coming to the fore of South Sudan’s peace process.

Despite having little leverage during the 2015 peace negotiations, refugee representation expanded during the 2018 talks in Addis Ababa, primarily through the involvement of the Network of South Sudanese Civil Society Organizations in Uganda (NoSSCOU), an umbrella organisation connecting roughly 58 South Sudanese refugee-led civil society organisations operating in Uganda and funded partially by the German foundation Konrad-Adenauer-Stiftung (KAS). NoSSCOU members contributed to drafting certain components of the agreement and requested greater support for humanitarian needs, reconstruction and transitional justice – demands recognised in chapter three and five of the R-ARCSS.

The failure to properly include civil society and refugee perspectives in earlier agreements is often seen as a contributing factor to their collapse. ‘We don’t want external actors and delegations to always have to be the ones making the final say on the peace processes,’ laments Jon Penn, a South Sudanese activist in Uganda and a civil society representative to the 2018 peace negotiations. Penn’s declaration echoes a common sentiment among the South Sudanese activist community in Uganda: regional and international actors have weighed in heavily on national processes, but refugee and civil society voices have been overall marginal.

Delays in the implementation of peace agreements since 2015, including the current postponing of a transitional government, have troubled prospects for immediate return of refugees to South Sudan but have fuelled refugee-led grassroots advocacy, education and peace work in settlements. Refusing to rely solely on political leaders and international institutions, civil society actors have strategically focused most of their efforts on the grassroots, pro-actively attempting to build ‘the South Sudan we want’, starting in Ugandan settlements. Civil society organisations are united around the idea, summed up by KAS Programme Manager Ojok Okello: ‘settlements are an important site for civic awareness and awakening, for nurturing an important cohort of active citizens’.

Sensitising refugee populations on political processes surrounding the R-ARCSS is a key priority for South Sudanese civil society in Uganda, which aims to shape a politically conscious and active citizenry that will hold leaders accountable. Through information sessions and workshops in settlements, where access to information and the Internet is often limited, NoSSCOU-affiliated organisations aim to shed light on the details of the R-ARCSS and provide a space for participants to openly express their views on the implementation process, including their doubts and frustrations. When possible, organisers relay this information to decision makers, such as Uganda’s Peace Envoy to South Sudan, Betty Bigombe.

Leveraging the collective power of the grassroots to hold leaders accountable is exemplified by grassroots group #Anataban, which has been more politically vocal than other South Sudanese peace organisations. The group launched the online campaign #SouthSudanIsWatching to put pressure on leaders to implement the 2018 agreement, and the hashtag has been used by South Sudanese at home and around the world. ‘South Sudanese people, irrespective of their ethnic background, are tired of the war. They are tired of the divisions and widening gap among themselves that breed further hatred within refugee camps in Uganda,’ says Patrick Godi, team leader with the Ugandan chapter of #Anataban, which organises concerts, poetry readings and other artistic events to provide South Sudanese youth in refugee settlements and in Uganda’s capital, Kampala, with a public platform to express grievances and make demands for a future South Sudan.

Yet the work of South Sudanese groups in Uganda does not stop at high-level negotiations and peace agreements, or at sensitising refugee populations about their content. ‘Peacebuilding’ has become a buzzword and key priority among South Sudanese organisations. With international funding, grassroots peacebuilding initiatives aim to impart non-violent conflict resolution skills and to lessen ethnic stereotypes through cross-cultural dialogues and performances, as well as through projects aimed at mitigating hate speech. ‘We need to unlearn violence and negative stereotypes, especially among young people, who have seen a lot of violence,’ says John Jal Dak, director of peacebuilding organisation Youth Social Advocacy Team.

Gender inequality and gender-based violence also play an increasingly key role in crafting these peacebuilding strategies. South Sudanese women-led NGOs are multiplying, and civil society organisations recognise the importance of hiring and targeting women in their programming. ‘Women need to understand the importance of peace after what has been happening back home,’ says Monica Michael Kiir, founder of South Sudan Women Building Association in Uganda.

We need to build an agenda as South Sudanese, and not as members of 64 different tribes.

Alongside community-level peacebuilding projects, civil society organisations are concerned with shaping a united South Sudanese identity, one where ethnic affiliations are not discounted but where identification as ‘South Sudanese’ supersedes ethnicity. South Sudanese refugee-led NGOs regularly organise community-level dialogues on the question of national identity, aiming to build tolerance for ethnic and cultural diversity. These efforts, though consistently framed as apolitical, go against the politically-motivated use of ethnicity as a weapon of war that has fuelled the conflict in South Sudan. ‘We need to build an agenda as South Sudanese to help people think of themselves as South Sudanese and not as members of 64 different tribes,’ says Jal Dak.

Yet this civil society, as well as the international donors that support it, understand the limitations of these peacebuilding endeavours. ‘The priority for people in the settlements is having food, drinking water, education and medical services,’ explains Okello from KAS, who believes peacebuilding must increase in scale and scope to truly reach a broad swath of the refugee population. Refugee-led initiatives also face the challenge of securing ethnic diversity in workshops and other activities aimed at promoting pluralism in the settlements, whereby the organisers’ ethnic affiliations might serve as a deterrent or spark mistrust among participants.

Despite these challenges, refugee-led NGOs are united around the hope that an organised civil society network in Uganda can help precipitate peace and justice in South Sudan. With this pursuit, civil society continues to expand its programming, working towards bringing two million refugees back home.

Deborah Leter is a PhD candidate in Cultural Anthropology at the City University of New York, Graduate Center. 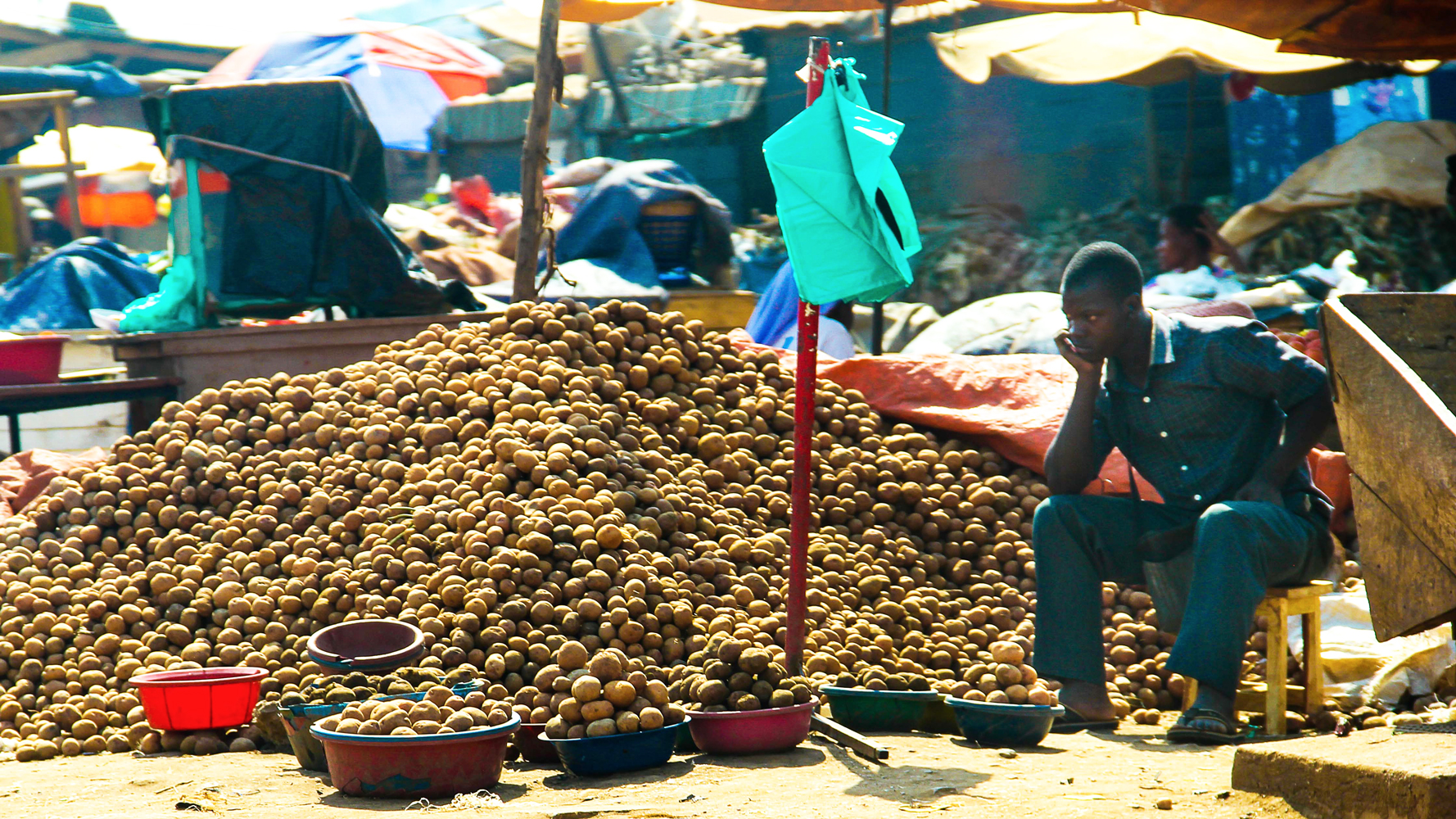