As Somalia braces for the effects of the COVID-19 pandemic, debt relief will not help prepare it for the financial and political catastrophe ahead. Claire Elder brings together research on Somali politics, business and the politics of aid to argue a massive influx of humanitarian spending, as proposed, will exacerbate the country’s financial hardships and violence.

Yet a sudden and massive influx of humanitarian assistance will also send significant shockwaves through Somalia’s fragile political economy. Violent political upheavals have been long shown to follow sudden injections of essential goods, cash-for-aid programmes and cash support for a government’s own response. Indeed, we witnessed the conflict and political turmoil that unfolded around Somalia’s 2011 famine, which also preceded an election cycle.

The effects of the COVID crisis response are likely to unfold in similar ways, affecting different parts of the economy and the political budget – including resources from government revenue and taxation, private sector activity and hard currency from patrons in the Gulf.

In the immediate term, mass humanitarian assistance creates a high risk of Somalia’s top elites diverting critical resources for their own benefit and creating capital flight from the country. This is already well underway. The siphoning off and capture of aid rents by elites, which is linked to capital flight, also has direct effects on social, economic relations through the economy of contracting humanitarian aid. A sector that is already deeply corrupt and exploitative of weaker actors will be further encouraged. Global attention will be redirected away from the necessary oversight of financial transactions and procurement orders.

Capital flight, when money or assets quickly flow out of a country, has long been recognised as a serious, perennial problem undermining African development. The process has quickened in tandem with African economic growth and in ways that have fundamentally reshaped governance structures in fragile states, like Somalia. These countries cannot rely on revenue and income taxation to provide services and sustain public confidence.

The specific link of capital flight to the extraction of humanitarian aid resources is less well understood, but it is also endemic to weak states. In Somalia, since the civil war and after 1991, a class of political entrepreneurs have continued to benefit from the limited economic activities that surround the contracting industry. These political entrepreneurs have moved capital with ease abroad to foreign bank accounts, using second citizenships and residencies (whether in London, Nairobi or Kuala Lumpur). Another group of financial elites tied to the absence of conventional financial or banking institutions – namely large financial, telecommunication companies and traders – have always held their capital abroad (specifically in Djibouti, Dubai and Oman).

My research in Somalia over the last decade has observed new trends in capital flight, which surrounds the rise of a younger, well-connected and network-based diaspora elite class. The important state-finance nexus that emerges links together the transnationalisation of family and politics, technocratic regimes and global financial elites in a process of collusion and mutual profiteering. This works to accentuate class conflict and social inequalities and the dispossession of the poor.

My research finds that a large portion of Somalia’s current political elites have worked in the aid world – thus well-versed in the logics and political economy of humanitarianism – and where roughly 70% of cabinet officials and parliamentarians also directly benefit from the contracting economy in some way. The political and economic loopholes in which they operate are aided by development agencies, which rely on delivering aid remotely from other countries due to security concerns, and also by a series of international tax and customs immunities that directly facilitate their offshore holdings.

The contracting economy, debt and power

This nexus between contracting, power and politics has existed since the 1960s. At the time the Somali government first accepted loans from bilateral and multilateral creditors to finance public infrastructure and investment programmes. Foreign aid was channelled primarily through the infrastructure sectors (transport, logistics and construction) as political patronage to secure cross-clan support and to construct a Somali state of national unity. Even today, the allocation of foreign aid contracts still remains the prevailing way in which local and national elites seek to garner loyalties and repay political ‘favours’ and ‘debts’.

In this way, the economy of aid contracting links informal ‘debt’ economies (tied to customary notions of diyo and qaraan), and the legacies of conflict and violence, to formal financial markets. More simply, the provision of violence, or clan or military support, that has been provided to political elites and governments for decades are reclaimed through the contracting economy. Not only does this process create a clear moral hazard where humanitarian donors are repaying debts that link political elites and clans or militias, but also where corruption, exploitation and debt endemic to the industry exacerbate societal divisions that underpin violent conflict and politics.

Political entrepreneurs (as contractors) receive contracts in exchange for political support, and engage a long chain of subcontractors. They also engage militias, security and clan leaders to secure access and implement these contracts. These contractors in turn promote a cascade of debt relations that are often exploitative through the extension of credit rather than cash, where debts are often postponed or evaded. These practices make low-level businessmen and retailers at the mercy of the large contractors, who are heavily vulnerable to economic shocks, and where marginalised groups are disproportionately affected. Low profits, high overhead costs and large deductions by foreign contractors exacerbate these exploitative practices further down the debt chains.

Each contract consequently has a ripple effect on a set of obligations tied by strong asymmetries of information, a mismatch of incentives and moral hazards that increase debt burdens and the risk of violence – all tied to uncertainty and misaligned expectations. Since 2015 a steady rise of violent incidents (confrontation amongst clan militias, violent protests and violence amongst elites) have been directly tied to the fallout out from contracting decisions that occur around their implementation and enforcement in the cities of Berbera, Bosasso and Mogadishu. These conflicts have revolved around land issues, practices of violent redistribution and the enforcement of debt repayment.

As the pandemic crisis response unfolds, these realities will likely be overshadowed by the high-level spectacle of politics. The government and different political groups will no doubt compete for control of the resources, especially as elections scheduled for December 2021 loom large.

Since his election in 2016, President Mohammed Farmajo’s government has sought to sideline a group of notable contractors in parliament, and regional governments, who have strong backing from businesses and clan support and who have strongly resisted his government’s efforts to redistribute contracts to more loyal followers. In this turf war, Farmajo has also (rightfully) exposed certain contradictions and even hypocrisies tied to the transparency and procurement reform agendas, which humanitarian donors themselves do not practice.

There is an urgent need to critically review the economy of aid contracting (in its entirety). Such a need aligns with the broader concerns raised by political economists and economic anthropologists about the standard toolkit of crisis response supported by International Financial Institutions (IFIs) and NGOs. This scholarship challenges the prevailing assumptions of remittances, microfinance and cash-based transfers that fundamentally misunderstand how ‘financialisation’ actually operates within social and political networks. The links to credit-led accumulation and structures of debt and investment are overlooked, as well as how informal debt economies interact with the global financial market.

As a result, the economy of aid often perpetuates unsustainable debt burdens and profiteering of the poor. It reinforces social hierarchies and the credit-led accumulation of political and financial elites, creating violent states of ‘indebtedness’.

There is a need to move away from the over-focus on the rational or self-maximising principles of capital or money. These principles overlook the complex ecosystems of debt that constitute the prevailing practices of accumulation, dispossession and plunder that in fact operate in ambiguous and non-rational ways.

Take remittances, for instance. Somalia’s Ministry of Finance expects a fall in remittances by 30–40% as a result of the COVID-19 crisis, which will certainly affect the availability of credit for local businesses. Research on remittances is somewhat conclusive on the effects on the poor, in that it is found to benefit disproportionately urban and wealthier groups, because remittances may also operate as debt: the transfer of compassionate loans comes with expectations of return later down the line, whether in investment opportunities or even political office.

As the current crisis unfolds, donors and the government need to rethink the impacts of the ‘financialisation’ of different aspects of crisis response and to have frank discussions about the interplay of capital flight, external debt relief and internal debt relations. Critical is the intimacy of public-private relations that places commercial elites at the epicentre of negotiating both internal and external debt relief.

We can be somewhat sure that an influx of cash aid programmes, and cash for the government’s own responses, will provide immediate opportunities for Somalia’s kleptocratic and predatory elite to accumulate wealth. This will perpetuate exploitative economic and social relations, entrench clan hierarchies and encourage the profiteering of the poor.

Claire Elder is a post-doctoral fellow at LSE's Centre for Public Authority and International Development. Her research focuses on public authority and the political economy of state-building in weak states. She is currently undertaking two projects in Somalia – one on public contracting and political financing, and another on diaspora strategising and elite control. 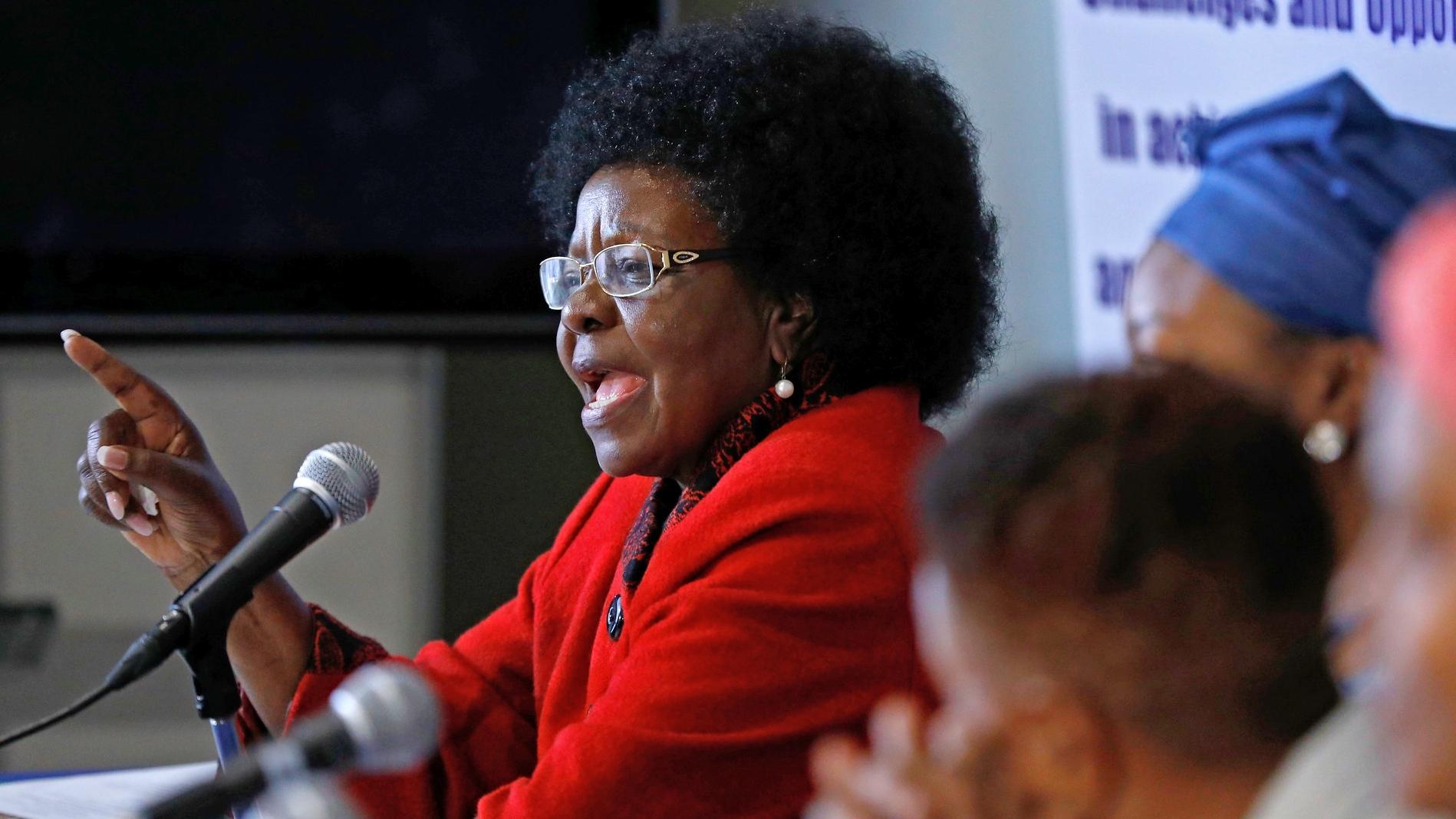 How do we measure the effectiveness of lockdown in Uganda against COVID-19?

Bad Behavior has blocked 2118 access attempts in the last 7 days.