Nigeria and other countries around the Lake Chad basin have experienced increasing violent attacks in recent years by non-state actors, in spaces often referred to as ‘ungoverned’ due to the weak presence of formal institutions. These characterisations misunderstand how governance in such areas really works, says Uche Igwe, and effective policy interventions to tackle violence must dig deeper to understand local networks and power structures.

Hurry and pass before these boys come out

I recently missed my flight and had an urgent reason to embark on a road trip from Nigeria’s capital Abuja to Benin in Edo State. Intended to be a journey of approximately eight hours, it took more than ten. The stretch of about 69.1 kilometres from Okene, Kogi State to Auchi in Edo was lonely and deserted. The road was terribly dilapidated and created an enabling environment for the regular kidnapping of travellers and armed robbery attacks that it was known for. I feared for my life as the journey slowly progressed and my young driver tried to his best to manoeuvre our way forward.

The notoriety of criminals on this road paints a clear picture of a neglected or ‘ungoverned’ area. Yet there were more than ten police checkpoints where uniformed policemen mounted a well-organised extortion racket in the name of security. Every driver was stopped and checked for frivolous reasons, having to pay different sums of money or risk being delayed. Any hesitant driver who tried to bargain was reminded by the police about the dangerousness of the road and why they needed to pay quickly before ‘those boys’ came out again from their jungle. There appeared a mutually beneficial agreement and division of labour between the police and the criminals to use the threat to encourage payment.

The ongoing conflict in Zamfara in North West Nigeria has been associated with a contest over the illegal extraction of gold deposits. A huge informal economy of illicit transactions exists in these so-called ‘ungoverned’ spaces where entities fight for control of mine fields and the exportation of gold internationally. From these spaces, terrorists and bandits shoot videos and coordinate media propaganda, yet they appear beyond the reach of security agencies.

Nigeria and other countries around the Lake Chad basin and the Sahel have in recent years witnessed frequent attacks from these non-state actors including terrorists, bandits, kidnappers and criminal herdsmen. Reports on the 2019-20 period indicate a fivefold increase in terrorist activities in these regions, especially in Mali, Niger, Burkina Faso, Chad and Nigeria. Many of these attacks are said to be launched from areas where there is an absence of state capacity or political will to exercise control.

These ‘ungoverned’ spaces are defined as zones that lay beyond the reach of government and thus pose a significant threat to security and stability. They are often perceived as fertile grounds within which terrorist organisations incubate and thrive, proliferating drug trafficking, criminal networks and the presence of illegal migrants and, therefore, containing these spaces falls within the strategic frontier of security priorities. Be they Boko Haram camps in Sambissa forest, bandit hideouts in Kwiambana and Ajjah forests in Zamfara, herdsmen camps in Birnin Kogo forests in Katsina, havens for kidnappers in Guma forests between Benue and Nassarawa States or militant camps in the Niger Delta, these spaces may be few and far between, but they are not new. They have long existed, albeit ignored, and have only drawn the attention of governments and international actors as they become perceived as security threats.

Despite an increasing interest by scholars, the discussion about ‘ungoverned’ spaces continues to raise more questions than answers. For instance, while these spaces lie beyond the control of a centralised state, they are not necessarily governance vacuums. They may be under-governed, ill-governed, contested and exploitable areas, yet conventional state policies distort the way we view these spaces by denying alternative governance structures and misrepresenting the ways that people in such places operate. Studies at the Centre for Public Authority and International Development (CPAID) rather show that all spaces are governed in some form, but not necessarily by formal government institutions, and influence is exerted by different non-state actors to varying degrees.

In the fight against insecurity, especially violent extremism, an understanding of the mechanisms of local politics and power dynamics has been missing. Alluding to this, researchers such as Raleigh and Dowd argue that the prevalent conversation regarding ‘ungoverned’ spaces is theoretically thin, largely based on conjecture and does not reflect the logistical realities and strategies of violent actors.

Military action has been the default response to bring these areas back under state control. Such actions, though deemed necessary by many, are insufficient as they have been continuously resisted and, in some cases, undermined. The growing threat of violent actors questions the wisdom and effectiveness of this approach and suggests a need to revisit existing responses based on a securitised approach that exacerbates rather than ameliorates the ability for these groups to operate in these areas, obstructing attempts to better understand politics and different organisations’ relationships. Power contexts within these spaces need to be re-examined.

Other factors that shape and sustain political, social and economic exchanges in these areas should also be fully interrogated, especially how they connect to the outside world. The land is said to be inhabited by de facto powers like nomads, long established ethnic powers, religious authorities and other agents in informal economies. The search for information and analytical tools that can help to understand what is happening in these spaces in a predictive way must continue.

Alternative models of governance connect with the outside world

There are reasons to suggest that ‘ungoverned’ spaces are a mosaic manifestation of public authority arising from limited state presence, either as a direct consequence of institutional failure due to government neglect or products of a politics of pretense where politicians deliberately connive with warlords for political benefit. In some cases, it metamorphoses into a cluster of criminal enterprise and conflict economy hub deliberately created by security agents who engage in the ‘business’ of fighting wars for an intractable period. More questions are provoked by politicians who seem in a rush to negotiate amnesty for perpetrators of conflict rather than enforce the law.

How do these issues connect to the outside world? For instance, ‘ungoverned’ spaces may be predominant in developing countries yet the political economy and the illicit networks that exist within them remain firmly embedded across both developed and underdeveloped states. For instance, the role of the West in the demand and supply chain of illicit networks is often ignored. Flows of weapons from developed countries and illicit trade in natural resources are seldom featured as sustaining factors for the crime and violence successfully launched in these areas. There are those who see ‘ungoverned’ spaces from the lens of fragile states and insist that African countries have struggled for legitimacy since independence due to the colonial footprints of artificial state creation. For many, the western ideal of the nation state appears incompatible with local interests and have been found to provoke avoidable fractures and social tensions. The gaps created by the lack of a formal authority, furthermore, are often filled by western non-governmental organisations who create alternative models of governance through parallel systems of social support. However, some of these organisations are associated with actions that exacerbate conditions by creating areas of contingent sovereignty.

The menace of criminal herdsmen and bandits may well be symptoms of a highly complex web of security challenges that have transnational dimensions. Parameters used to understand relationships between nation states and requirements for security are being challenged. For example, variables like political, religious, cultural and economic conditions that shape activities in these spaces should be interrogated.

That the presence of security personnel on our highways no longer deters criminal elements from free reign speaks volumes about why a different approach to fighting insecurity in Nigeria is necessary. Dialogue and amnesty have long been suggested as possible ways to encourage these terrorists to surrender. Others consider these strategies counterproductive incentives.

Recently, the Nigerian government sought the help of a prominent Islamic preacher Sheik Ahmad Gumi to broker reconciliatory meetings with kidnappers and bandits terrorising the Northwest region, following the security agencies’ limited results. The reported interaction and rhetoric of the Islamic scholar with these wanted criminals provided fresh insights into patterns of power and public authority that operate in these spaces. Whether in Kogi, Zamfara Benue or Kaduna, there are likely enablers of alternative forms of governance who continue to ensure these areas remain impervious to military action. These are the conversations that must be understood for real clarity about how to craft enduring policy interventions. 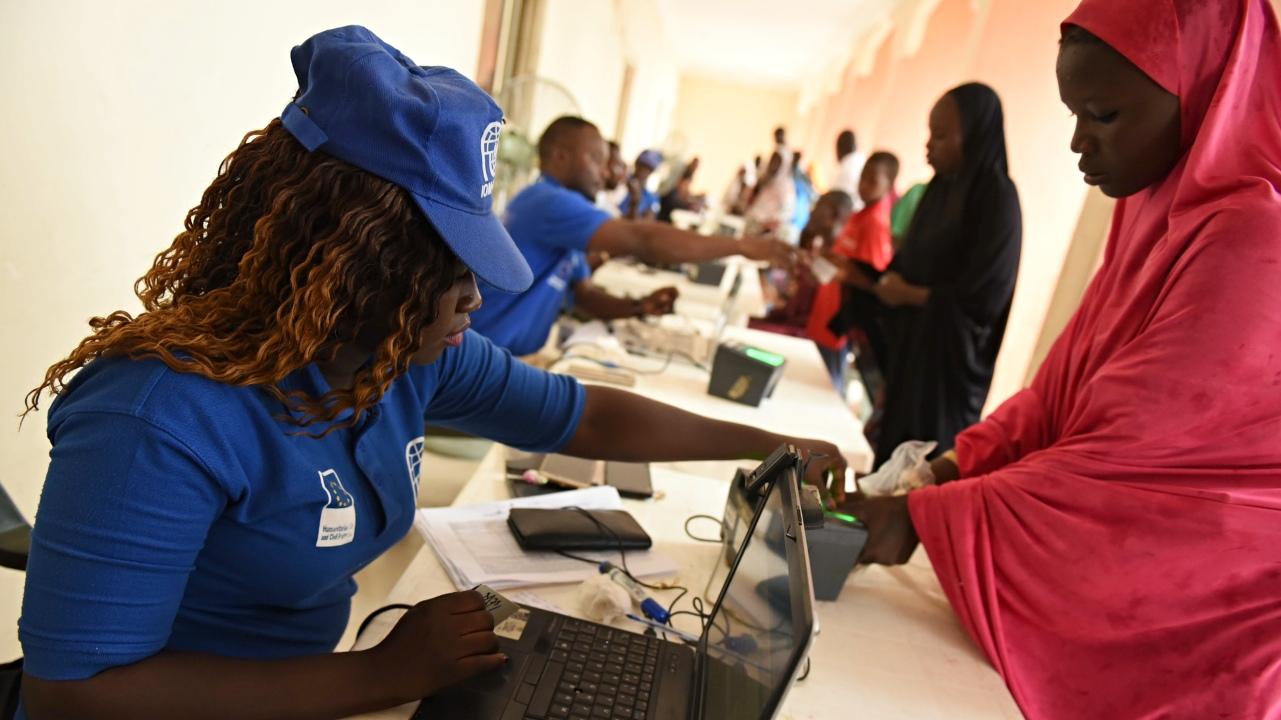 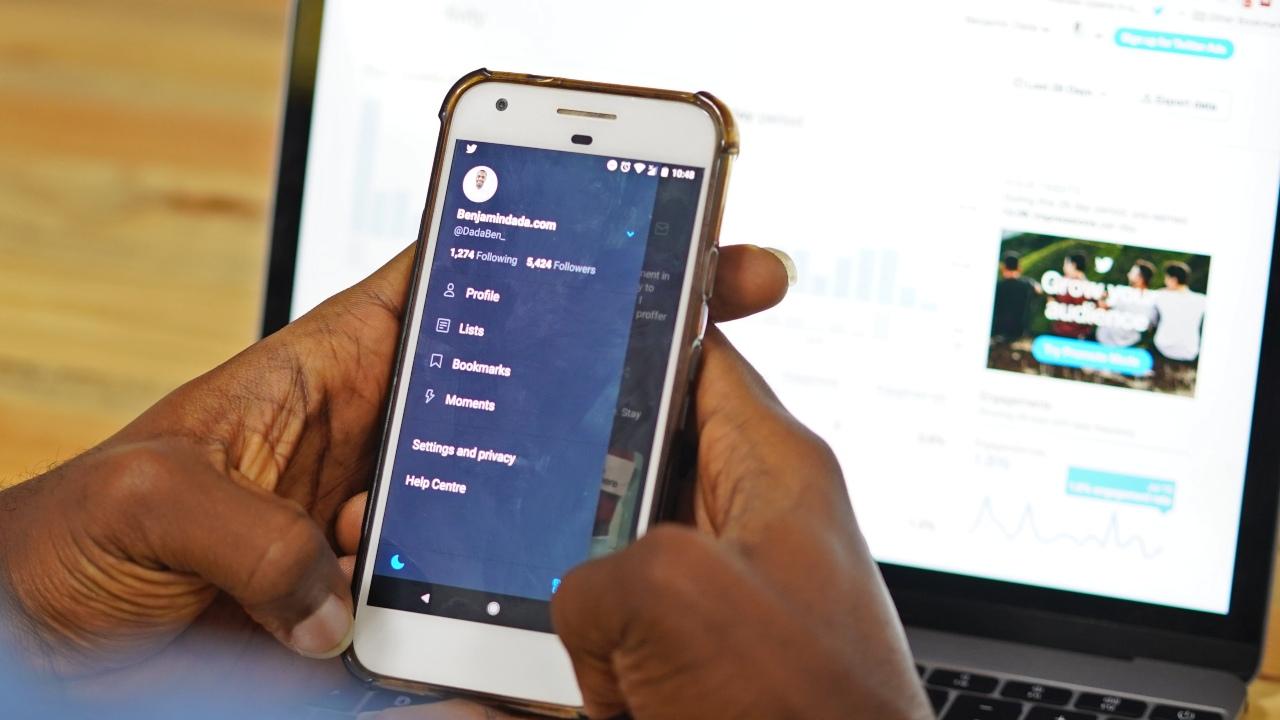 Bad Behavior has blocked 4553 access attempts in the last 7 days.