Nigeria’s President Muhammadu Buhari will soon complete his second and final term in office. Political activities towards the election are already starting, amidst uncertainties on the potential for free and fair elections. LSE Visiting Fellow Dr Uche Igwe explores the country’s electoral machinations and highlights how ethnicity and religion may shape politics in the months ahead.

On the 18 February 2023, Nigerians will head to the polls to elect a new President, at which point Nigerian President Mohammadu Buhari’s second and final term in office will come to an end. The battle to succeed him is already raging, while the protracted impact of the pandemic exerts considerable pressures on the economy of Africa’s most populous country. Oil revenues are galloping alongside an increasingly young population, rising poverty and unemployment. Seemingly intractable security challenges and an atmosphere of fear is threatening to obliterate the government’s claims of progress.

Perhaps to address these issues, the federal government has recently boosted infrastructure by completing significant roads and bridges, including revamping the comatose railway system, whose construction started more than thirty years ago. In an apparent bid to enhance the fight against corruption, Abdulrasheed Bawa, a young career detective, was recently appointed to lead the main anti-corruption agency, the Economic and Financial Crimes Commission (EFCC). Yet anger and discontent among the citizenry remains, with some groups like the Northern Elders Forum calling for the President to resign if he cannot solve the country’s problems. A recent survey conducted by the African Polling Institute has revealed that citizens’ trust in the President’s administration has dropped to a national average of 26%. Lamido Sanusi Lamido, former governor of the Central Bank of Nigeria, recently lamented that the country’s progress for over 35 years has now disappeared during the last half a decade. President Buhari’s failing health remains a major issue even as his administration winds down.

A political storm is brewing

Although 2023 seems far off, political activities have started gathering momentum. Despite mounting criticisms of poor performance against the ruling All Progressives Congress (APC) party, politicians are decamping in their droves to join it, either as a preferred vehicle to continue in power or, as critics claim, a form of insurance against political persecution. Furthermore, to mobilise different groups, disagreements are taking increasingly regional dimensions to trigger primordial sentiments. For instance, the relationship between the federal and subnational governments continues to worsen, especially around the national response to the farmers-herdsmen conflict through the open grazing policy, which many state governors have resisted. Instead, they prefer ranching and have enacted laws in their respective states prohibiting such practice.

Analysts predict multiple political storms and how Nigeria navigates this turbulence will define its political trajectory. Parliament has not demonstrated sufficient independence to inspire confidence among the public that they will enact the necessary legislation to create an enabling environment for transparent elections. The reputation of the judiciary has plummeted to one of the worst in the world, according to eminent jurist Robert Clarke (SAN), due to several high-profile instances of partisanship. Conflicting court orders continue to deepen intra-party crises and heighten a climate of uncertainty. Across the country, the judicial arm of government is now widely perceived as a cash-and-carry supermarket where injunctions, however frivolous, and interlocutory orders, however disruptive, can be purchased by the highest bidders. This trend has made the political space highly toxic.

Relations between citizens and security agencies have continued to worsen since the #EndSARS nationwide protests against police brutality in 2020, amidst calls for the establishment of state police. Citizens do not feel free to engage within their legal rights, and a few vocal activists have either been put in jail or in other ways curtailed.

The recent ban of Twitter, later lifted with conditions on 1 October 2021, attracted criticisms from many of the country’s international friends, such as the United States and European Union, who saw it as a calculated shift towards digital repression. This has been negatively perceived, particularly by young people who consider government-inspired social media restrictions as a sign of intolerance to dissenting voices. However, while the government may guarantee freedom of the press – at least rhetorically – in reality, many journalists have been arrested or questioned for offering their platforms to those who hold views considered contrary to or critical of government positions. Media outlets have been abruptly shut down or made to pay arbitrary fines. Although the government recently approved 159 new radio and television stations, media practitioners are anxious they are likely state machinery to shrink the political space.

It is likely that most debates about who will succeed President Buhari will concern where they will come from and their religion. The principle of rotating the country’s Presidential candidates between the country’s (predominantly Muslim) North and (predominantly Christian) South is an unwritten norm. Even from the President’s political party, prominent politicians have openly made a case for a power shift to the country’s southern region. Yet, some governors have openly disagreed, challenging the zoning principle and sparking outrage nationwide. Due to Nigeria’s sharp divisions along religious lines, the general thinking is that the person should be a Christian, following the incumbent Buhari – a Muslim from the North. Although this may have been unwritten, the escalation of religious suspicion across the country has led to a more vigorous push for the country’s ethnic and religious plurality to be respected in any political equation, in order to enjoy the legitimacy and trust of citizens. For example, when Buhari emerged as the flag bearer for the then opposition APC, the party’s leadership chose Professor Yemi Osinbajo, a Christian from the southern part, to act as Vice President. The expectation is that it will be insensitive for another Muslim to succeed the current President.

Some politicians like the governor of Kogi State, Yahaya Bello, think differently. They insist that so-called ‘zoning’ is unconstitutional and should only be seen as an internal political party affair, in which case, each party is expected to adopt what they consider amenable to capture power. In their view, zoning should be sacrificed on the altar of competence in search of someone who has the credentials to provide the vision of unity and stability the country most needs; the region the next President comes from should be secondary. The urgency, they insist, is to get someone who will be widely accepted across party lines to win the general election.

Debates are raging among political stakeholders about more inclusive options. Many observers insist that momentum is building for the two major political parties to ensure their Presidential flag bearers come from the South, to assuage feelings of exclusion and marginalisation. Serving state governors are positioning one of their own to take the nation’s top job, while a Minister in the Buhari cabinet is said to be his favoured successor. Ultimately, the candidate must command the respect of young people and support from at least one of the major tribes outside their own. For a country with a reputation of holding flawed elections, there are fears that whoever emerges as the ruling party’s candidate may win as a result of incumbency. Meanwhile, the biggest opposition party is grappling with internal party squabbles.

These issues are complicated by the current wave of insecurity and terrorism, undermining the ability of citizens to express their democratic rights, especially in those troubled areas: in the North East, North West and, increasingly, North Central. There is ‘no end in sight’, according to many scholars. From the number of registered voters in the 2019 elections, there is a high probability of putting 53.4% of the country’s voters who come from these regions at risk (44,813,463 out of 84,004,084). In the likely case of continued insecurity, many of these voters could be displaced by conflict and resort to living in temporary makeshift camps. Whether they will be allowed to vote, and if such votes will count, remains conjecture. However, such a development could expose the electoral architecture to avoidable stress.

Nigeria should be watched closely as the elections approaches

With a febrile economy, growing public discontent, a precarious security situation and cracks along ethnic and religious fault lines, Nigeria has shown clear signs of fragility and vulnerability, which the international community cannot afford to ignore. Despite reported promises for improvement, the outlook of the political landscape remains largely volatile and the electoral process broken.

In thinking about the next elections in Nigeria, it is essential to support domestic efforts to establish structures that prioritise transparency to ensure another peaceful transfer of power, to produce an outcome that a majority of the population will legitimately accept. With recent developments across the world, especially in Afghanistan and the consequent humanitarian crisis, which came to many as a surprise, countries with complex histories and demographics, like Nigeria, should be closely watched. Chances for using the forthcoming elections as opportunities to deepen democracy should be explored more systematically. Only a more inclusive and resilient process can safeguard against self-seeking elites and political chameleons pursuing their own objectives. 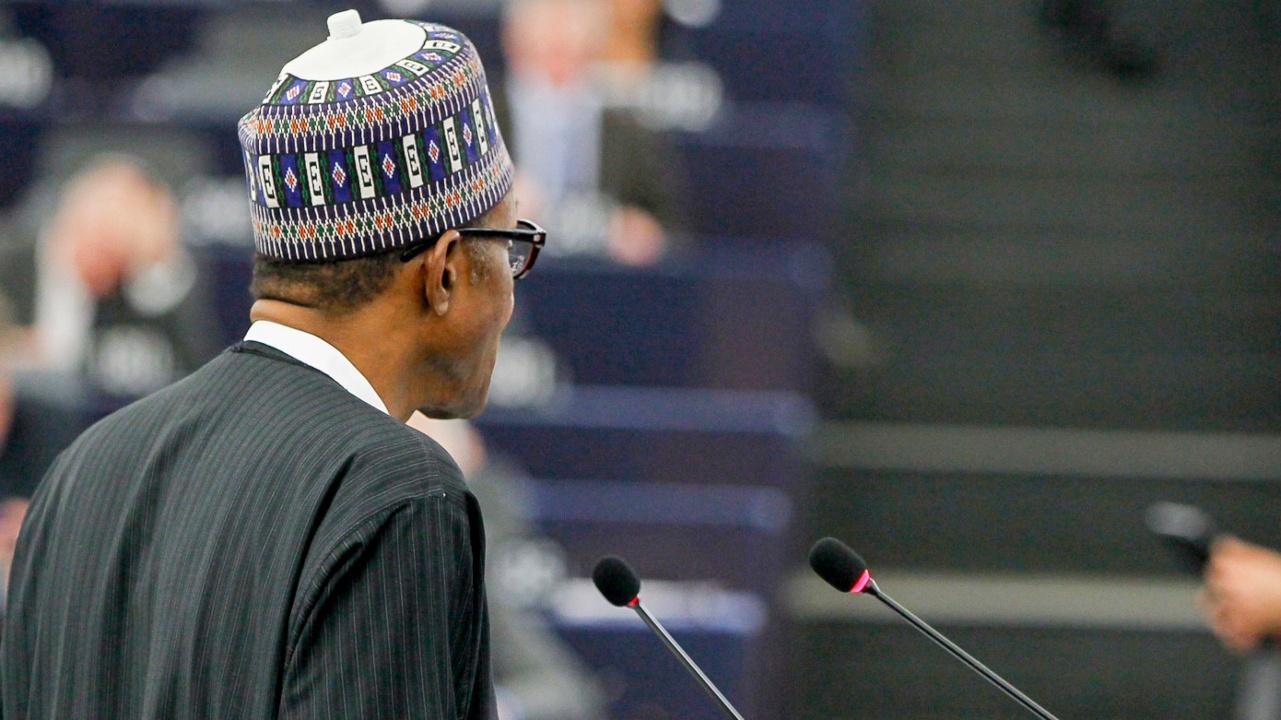 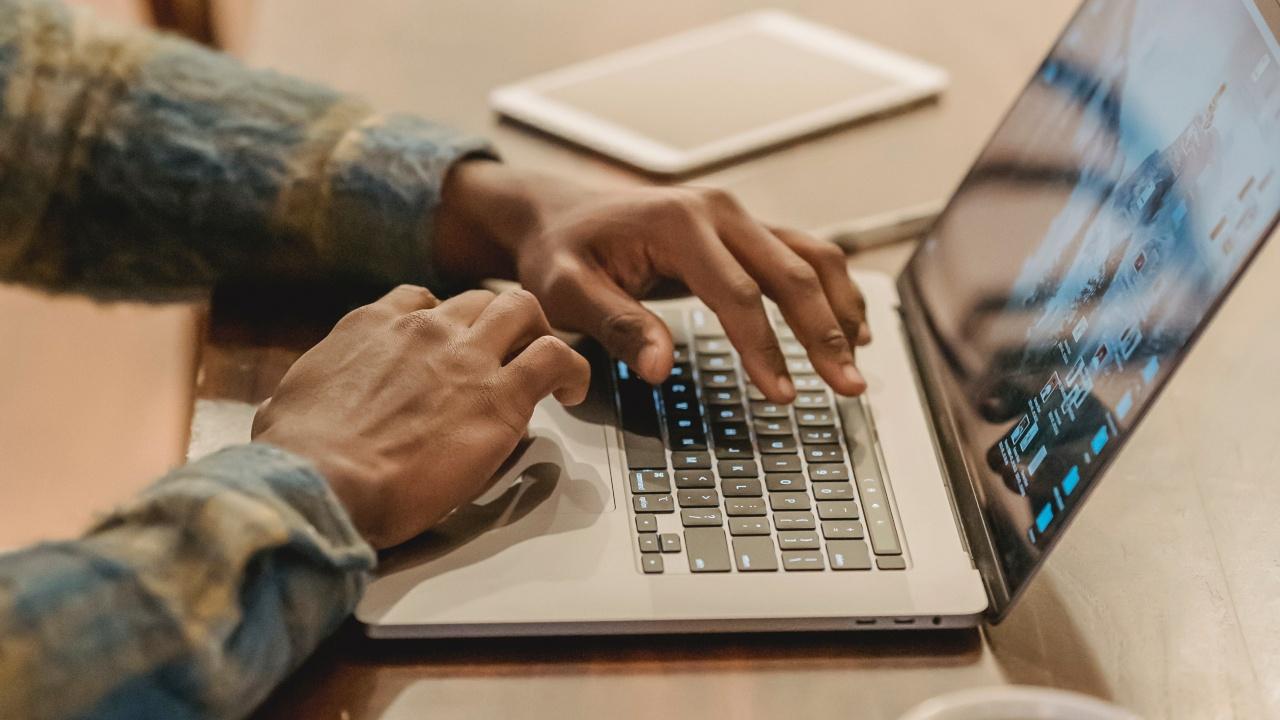 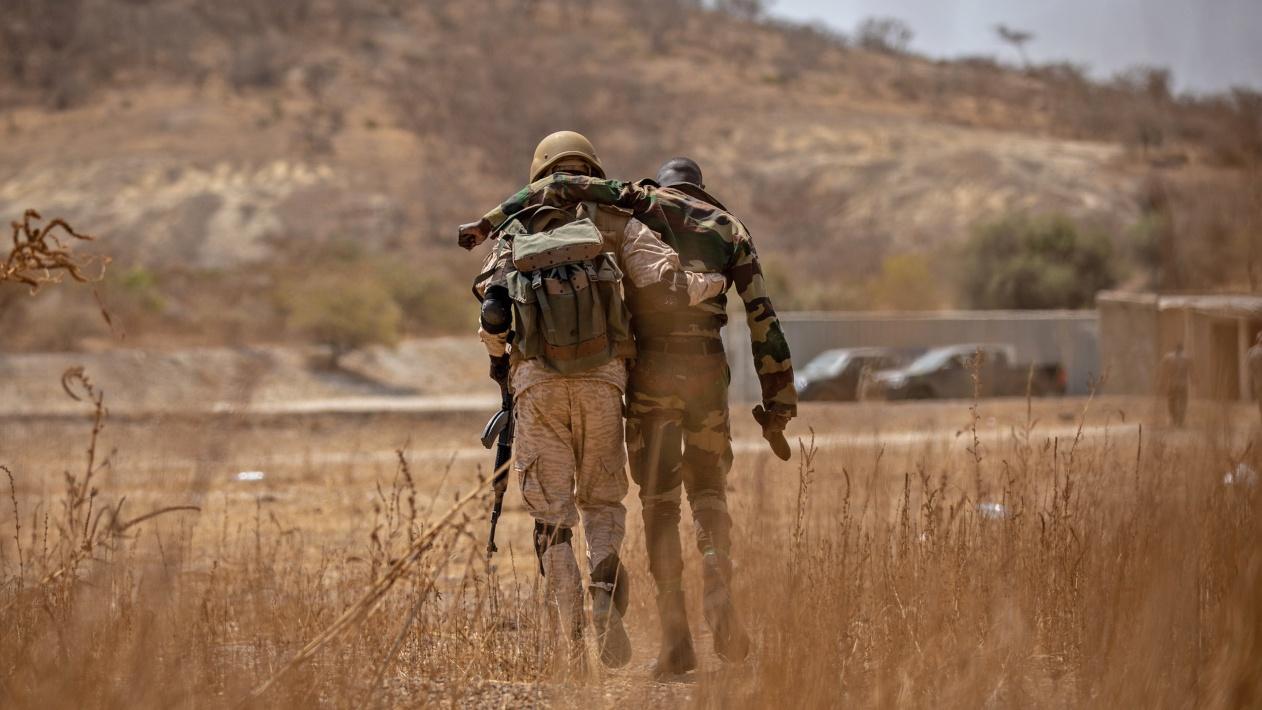 Bad Behavior has blocked 3521 access attempts in the last 7 days.