Three out of four is often a good score in a contest, claims Iain Begg.  Consequently, it is likely that No 10 will be quietly satisfied with the content of the letter published on 7 December by Donald Tusk, the President of the European Council, giving his response to the four baskets of demands that David Cameron set out in his ‘Dear Donald’ letter.

Donald Tusk’s response reflects the busy round of bilateral ‘confessionals’, in which other Member States have had the chance to explain in confidence to him which of the UK demands they can and cannot accept. It therefore signals which of the demands stand a chance of making real progress, but also gives some clues about the spirit in which they are being appraised.

Part of David Cameron’s pitch to other EU leaders was that much of what he seeks is about improving the functioning of the EU, and this appears to be reflected in the reactions. The response from Tusk is especially sanguine on competitiveness, noting that everyone agrees on the need for better regulation, reducing the burdens on business and on bolstering EU trade with faster growing parts of the world. In the same vein, the protection that Cameron wants for non-Eurozone countries looks as though it will be acceptable to others, provided that any possibility of a veto being deployed is ruled out.

Although there can be little surprise at Tusk’s letter averring that the demands on social benefits and free movement of workers are ‘the most delicate’ issues, even here there are signs of compromise. There seems little prospect of support for the UK plan to impose a four year qualifying period for EU migrants before they become eligible for in-work benefits and access to social housing. That, as been endlessly repeated, would amount to overt discrimination against citizens from other Member States, and is bound to have been resisted by those countries – including, these days, many in southern Europe as well as in the East – from which many recent migrants originate.

But the letter sees ‘good prospects’ for action to curb abuses, though without being specific, and hints at compromises on what it refers to as the ‘export of child benefit’, that is payments to families resident outside the UK. There is also a clear, if implicit, message to Cameron that if he wants to find a way to lower the numbers of EU migrants coming to the UK, he will have to come up with something more palatable.

The obvious difficulty here for the UK domestic debate is the Prime Minister’s pledge to reduce net migration to tens of thousands. As the latest official data from the Office of National Statistics show, the figure for the year to June 2015 was over three hundred and thirty thousand, as a consequence of even more migrants entering the UK and fewer leaving.

Finding a solution regarding the phrase ‘ever closer union’, from which the UK wants to be released, does not seem to be a problem, even though it is a direct request for a UK exception. Tusk’s letter states that there is room for ‘various paths of integration for different countries’ which can probably be translated as ‘OK, David’. It is intriguing to note the subtle difference between the wording used by Cameron in his letter, in which he asks for an ‘end to Britain’s obligation to work towards an “ever closer union” as set out in the Treaty’ and the reply which refers to “ever closer union among the peoples”. So what, you may ask? The answer is that the ambition of unifying the peoples can arguably be interpreted to imply much less loss of national sovereignty than an explicit reassignment of government powers.

The Tusk letter confirms what is already common knowledge and has already been conceded by Downing Street, namely that agreement will not be reached at the European Council meeting in December. However, it does suggest that a deal could be done in February, paving the way for a referendum later in 2016. Tusk also pleads with the other EU leaders to show a spirit of compromise aimed at finding solutions, recalling that the UK plays an important and – even if this might surprise some – constructive role in the EU.

The challenge now, for Cameron, is that he will undoubtedly face renewed political pressures to ‘do something’ to restrict intra-EU migration and will have to come up with something to convince British voters that he can deliver. He has made a good start, but will now need all his skills to deal with this most contentious of issues.

Note: This article gives the views of the author, and not the position of BrexitVote, nor of the London School of Economics. Featured image: Copyright under Creative Commons Licence. 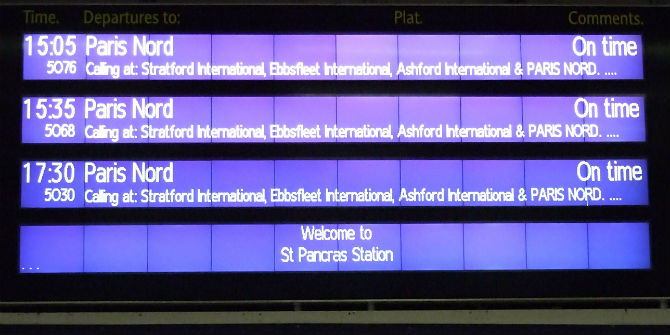 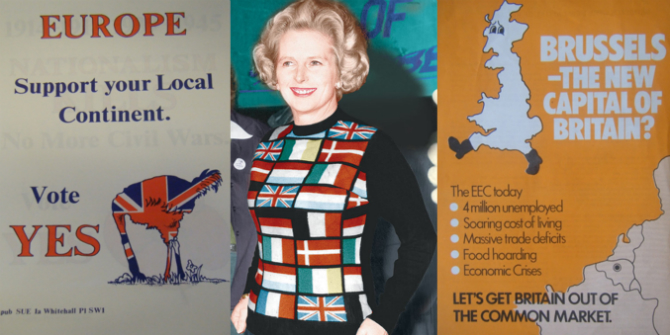