Critics of the EU often seem to overestimate its power. Dan Hough shows this with the example of football. Many Leave campaigners want to ‘reclaim our national sovereignty’ from the EU. When it comes to football, however, this argument makes little sense when it’s made clear what sovereignty in 2016 Britain means and where it actually resides.

Specific institutions also come in for abuse as being part of an impending European super-state. The most obvious of these is the European Court of Human Rights, a court that is regularly assumed to be part of the European Union’s institutional infrastructure – it’s not, although even Conservative central office appears not to know that at times.

The EU, in other words, is often claimed to be responsible for things that in reality it has little to no power over.

Sam Allardyce, the manager of Sunderland Football Club, gave us another example of this recently. ‘Big Sam’, once a journeyman footballer himself, has an impressive record in keeping struggling football teams in England’s Premier League. This record became even more impressive on 11 May when the Black Cats beat Everton 3-0 at the Stadium of Light to become the latest Allardyce side to perform a Harry Houdini-like escapology act.

One part of Allardyce’s success is that he is famed as a wheeler-dealer in the transfer market. A key part of that transfer market is the system of loaning players between clubs: a system that (traditionally) allowed young players to gain experience before breaking in to the big time. David Beckham, for example, made five appearances for the decidedly down-to-earth Preston North End before going on to become a global superstar.

That made Allardyce’s recent comments about changes in the rules to the loan system (short-term loans are basically no longer going to be allowed) rather peculiar. Allardyce went as far as claiming that the changes were “one of the worst things to ever happen in this country”. Football’s nonetheless a world of hyperbole, so we shouldn’t be too surprised when managers say things that are a fraction over-egged.

However, the problem comes when people get things factually wrong. Allardyce went on to add that “it’s probably why we should vote ‘out’ of the EU”. Really, Sam? He then added for good measure, and just so anyone who was listening was crystal clear, “if we can vote ‘out’ then we won’t have to take UEFA law – because that is crap”. That’s sorted then – leave the EU and England (in this case) takes back control of its transfer regulations.

The truth, of course, is that this is clearly and palpably wrong. It’s FIFA (Federation of International Football Associations), football’s world governing body, that makes the rules for transferring players (‘FIFA Regulations on the Status and Transfer of Players’) and it’s FIFA that subsequently passed the edict that Allardyce doesn’t like. That FIFA’s views on short-term loans may be worthy of criticism is one thing.But
criticise FIFA, not the European Union – an organisation that has precisely nothing to do with the decision that FIFA made.

Indeed, this isn’t just an argument about what the EU can’t do. Big Sam of all people should know that the EU has helped skilful managers with an eye for a good player to genuinely show their worth. Love him or hate him (and the style of football that Allarydce’s teams tend to play means he’ll always have his detractors), Allardyce has proven throughout his career that he can use the European Union’s freedom of movement laws – something that the EU can and does take very seriously – very much to his own advantage.

Would Bolton Wanderers, a club that Allardyce managed between 1999 and 2007, have been as successful had Allardyce not signed the likes of Youri Djorkaeff, Ivan Campo and Kevin Davies (to name but three) on Bosman inspired free transfers? Unlikely. Indeed, ask any Bolton fan now – as they find themselves facing the 2016-17 season in the third tier of English football – about how Allardyce used the EU’s free movement of labour laws and they are likely to go bleary eyed very quickly. Indeed, football across the continent has been revolutionised by the EU opening up previously closed markets, with players no longer constrained by clubs holding out for a fee for them even though their contracts had run out. And this clearly hasn’t been to the detriment of English football – the national side is now a bright young side, full of players who have got used to competing for their places in starting line ups with the world’s best.

Big Sam therefore needs to get his facts right. The loan system is indeed changing. But the changes have nothing to do with the EU. Criticise the new system all you like, but make sure you understand who is responsible for what. Indeed, that’s even more true when the EU’s freedom of movement laws have proven so very useful to you in the past.

This post represents the views of the author and not those of the BrexitVote blog, nor the LSE. Image: Egghead06.

Dan Hough is Professor of Politics at University of Sussex. Alongside his academic work, he has written for the South China Morning Post, The Conversation and the New Statesman as well as a variety of other news outlets (see here). He tweets @thedanhough. 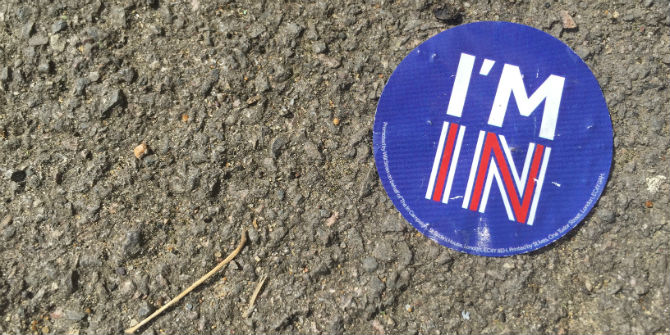 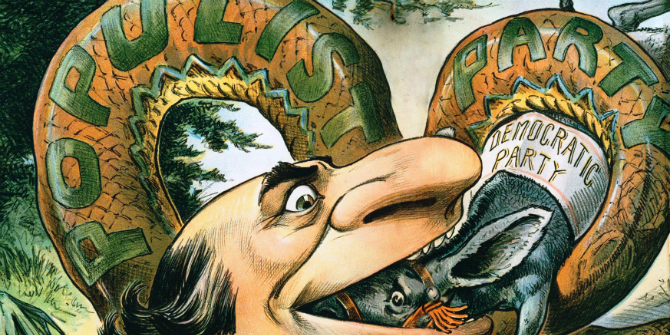