Germany has come to dominate the EU, says Alan Sked in the third of a series of pieces for LSE BrexitVote. And despite the renegotiation secured by David Cameron, the aim of ever-closer union has not receded. Furthermore, for all its success, Germany faces demographic and economic changes that will weaken its power – and that of the eurozone.

Some will argue that, outside the Eurozone, and with the few cosmetic concessions that the EU will inevitably throw to David Cameron as a political lifeline, there is no threat to British sovereignty. This, however, would be a grave mistake.

Despite the Eurozone’s recent travails there are, incredibly, still voices in Britain calling for us to join the euro – Richard Branson, Paddy Ashdown, Michael Heseltine, and Tony Blair for example.  And European integration is rather like a vampire. Every time it seems safely buried, it rises from the dead – leading to yet another treaty with more regulations and red tape and still greater EU authority over nation states.

Since the Treaty of Rome (1957) there has been the Single European Act (1986), the Maastricht Treaty (1992), the Amsterdam Treaty (1997), the Nice Treaty (2001), the Constitutional Treaty (2005) and the Lisbon Treaty (2007). And on 22 June 2015, the Commission President produced the ‘Report of the Five Presidents’ (those of the EU’s Commission, Council, Eurogroup, Parliament and Central Bank) which mapped out a blueprint for a full-blown Euro-area superstate by 2025 with Britain in an outer tier of EU members but ‘still affected by the move to deeper integration,’ according to a Sunday Times report.

The same report quoted Valdis Dombrovskis, the commissioner in charge of implementing the proposals as stating: ‘Until mid-2017 we can do without legislative changes. Then we will set up a group, which should come up with proposals that might eventually require treaty changes.’

The only way, therefore, to avoid the process of ‘ever-closer union’ completely destroying our independence is to quit the EU entirely.  EU promises cannot be trusted. The federalist vampire always rises from the dead and according to Dombrovskis, quoted above, it is already stirring in its grave.

Indeed, President Hollande of France, according to a report in the Daily Telegraph, while outlining yet more federalist plans to the European Parliament to cope with the EU’s current migrant crisis, plans that included a common defence policy and a shared asylum system and coastguard – and this only one day after the British home secretary, Theresa May had declared she would ‘not in a thousand years’ agree to such a common asylum system – told British MEPs: ‘If [you] don’t want to strengthen Europe, then there’s only one road…the road for those who are not convinced of Europe [is] to leave Europe.’ He added: ‘There is no other way. It’s a horrible path, but it’s a logical path. Leave Europe…’

According to the report, Hollande’s remarks reflected ‘mounting frustration in Paris at Cameron’s determination to get an “a la carte Europe”. Many French government officials think Britain already holds more than enough opt-outs on key pieces of policy and are exasperated by its demands for more.’ Yet Hollande’s position was clear: Britain should accept more federalism or quit the EU.

The third point which arises from the European Unification pamphlet is its claim that federalism prevents one member state from dominating the others. Clearly this is untrue. For a few decades from the 1960s France and Germany ran the show in tandem much as Austria and Hungary between 1867 and 1918 ran the Habsburg Monarchy. But the Franco-German dualism is no more. Germans, like everyone else, are quite aware who now rules the EU roost.

Not long before he became German Kaiser, the future Wilhelm II, still Crown Prince of the Hohenzollerns, visited his ally Austria-Hungary. While in Vienna he had sex with a prostitute, who, afterwards was interrogated (one is tempted to say ‘debriefed’) by the Habsburg intelligence services. The girl explained that Wilhelm had evinced no determination to take control of Austria; Austria, rather, would fall into Germany’s lap like ripe fruit in the not-too-distant future. This was held to be inevitable. And Austria did fall under German control during the First World War and later as a result of the Anschluss of 1938.

Today Germany finds herself in control of the EU. Perhaps this was never her intention – the introduction of the single currency after all was intended by the French to control a newly-united Germany. Still, the fact of German dominance has been ruthlessly exposed by German diplomacy during the Greek crisis. Indeed, one of Angela Merkel’s colleagues, Volker Kauder, the leader of Merkel’s conservatives in the German parliament, delighted his party’s conference in November 2011 by boasting: ‘Suddenly Europe is speaking German.’ He added: ‘Not in the language but in the acceptance of the instruments for which Angela Merkel fought for so long and so successfully.’

The former German foreign secretary and leader of Germany’s Greens, Joschka Fischer, has likewise claimed: ‘Germany is and has been the driving force behind European integration.’ Germany’s leading public intellectual, Jϋrgen Habermas, has even stressed – rather ironically to a non-German – that only Germany is capable of organising European political and fiscal union and that opposition to Eurozone emergency measures led by Germany is tantamount to the kind of populism ‘that repeats the errors of 1914’.

Marzel Fratzscher, head of the German Institute for Economic Research in Berlin, has said: ‘Germany has, at the end of the day, helped determine most of the European decisions of the last five years.’ More to the point, Germany’s Stern magazine in its edition of 17 July 2015 had a picture of Merkel on its front cover under the headline: ‘The Ice Queen. How Angela Merkel became the most feared woman in Europe.’ The article inside the magazine was headed: ‘Dominatrix (Schmerzdame). Angela Merkel has taught Europe to fear. Once again the Chancellor has saved Greece, albeit on German conditions. And they are hard, perhaps too hard.’

Perhaps the best analysis of German dominance is the German sociologist Professor Ulrich Beck’s best-seller of 2012, German Europe, which begins with the German radio announcement of February 2012: ‘Today the German Bundestag will decide the fate of Greece’ – which,  of course, it has been doing ever since. According to Beck, Greece and other European debtor states have become the ‘new underclass’ of the EU.

He continues: ‘They are compelled to acquiesce in their loss of sovereignty and endure blows to their national pride. Furthermore their democratic right to self-determination dwindles to the alternative: acceptance or exit’. In his view, ‘the meaning of European cooperation has become fundamentally ambiguous and it is above all the new underclass that is the suffering from this ambiguity. Its fate is uncertain: in the best case, it will be federalism, in the worst neo-colonialism.’

Little wonder then that the leader of the Spanish political party Podemos, Pablo Inglesias, has declared: ‘We don’t want to be a German colony.’ Still, it might not be so bad a position to be in. After all, again according to Beck, ‘(Germans) have become model democrats, model nuclear dropouts, model savers and model pacifists… Measured by its own history, this is the best Germany we have ever had.’  So that’s alright then! To quote Beck yet again: ’…because Germany is the wealthiest country, it has the only real say at the centre of Europe.’

German dominance, however, may not be as permanent as people think. Contemporary Germans may not even relish it themselves, but in any case, Germany has serious problems to face, particularly its fast-shrinking and ageing population. The Times reported in June 2015 that

‘the birthrate in Germany has fallen to the lowest in the world as more women delay childbirth to concentrate on their career. Only 8.28 births were recorded for every 1,000 Germans over the past five years…. The population of Germany is now 81.1 million, but the German office for national statistics said that by 2060 it would be as low as 67.6 million.’

By mid-century Germany will very probably not have the workforce to sustain its generous old-age pensions and other welfare benefits. Its infrastructure is already creaking especially in its depopulated eastern provinces and in the Ruhr. Moreover, its much-vaunted structural reforms introduced by Chancellor Schroeder after 2003 may not have produced the kind of jobs required to keep a modern economy going. According to Beck, ‘Roughly half the new jobs which were created are precarious. They are made up of around a million agency jobs, 7.4 million so-called mini-jobs (paying 400 euros per month), and 3 million temporary positions etc. This has led to deeper social divisiveness and a rapid earnings gap between the rich and the poor.’

The economics of the euro have benefitted German exporters but workers’ wages have hardly improved. Moreover, the debtor economies of the Eurozone are hardly capable of buying sufficient German goods, leaving German exports reliant on the now less-than-stable Chinese and other non-European markets. In fact, German exports to China fell by 5% in the first half of 2015, according to the Financial Times of 14 September 2015. The longer-term outlook for the German economy, the powerhouse of Europe, may not therefore be very bright and long-term growth in the Eurozone looks like being very modest indeed.

This is the third of a series of posts by Alan Sked. They represent the views of the author and not those of the BrexitVote blog, nor the LSE.

Alan Sked on the EU, part two: propaganda and pacificism from a toothless entity 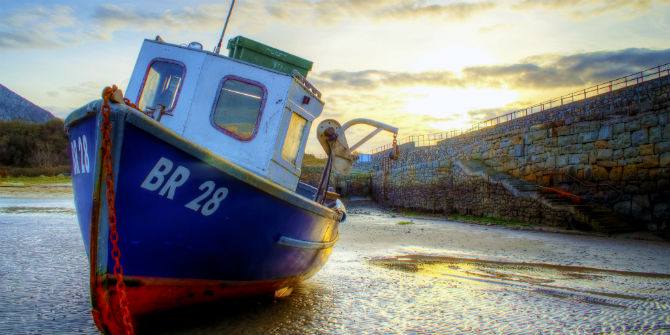 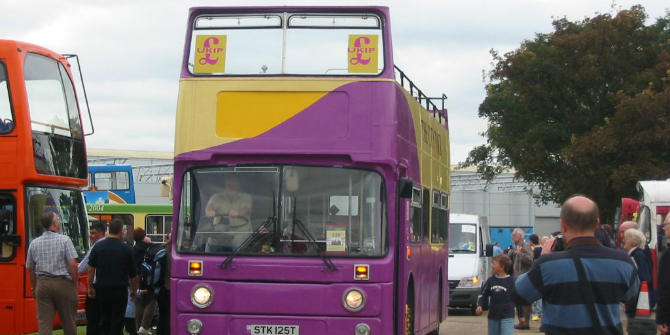