Donald Trump has promised that a UK–US trade deal will be ‘done quickly and done properly’ after Brexit. Oliver Ilott, in a post previously published by the Institute for Government, warns a deal would have to overcome four uncomfortable truths.

Donald Trump has said that he wants a UK–US trade deal to be ‘signature ready’ by March 2019. Trade deals have been negotiated in less – the North American Free Trade Agreement (NAFTA) took less than two years to negotiate (although it then took two years to get signed off). On average it takes one and half years to negotiate a deal with the US, although it takes more than three years to implement the deal once it has been agreed. But if Theresa May is looking for a ‘quick and dirty’ trade deal with the US, she’ll encounter at least four uncomfortable truths.

1. The areas where there is most to gain are also the most politically sensitive

Trade deals remove tariffs – the costs levied on imported goods to protect domestic producers. A trade deal between the US and UK may attempt to remove tariffs in areas where they are high. These are almost all in agriculture.

On the US side, there are 22 import duty rates above 100%, all on agricultural products. This makes some agricultural goods produced outside the US very expensive for US customers, and limits the amount of trade UK farmers do with the US. It will be the same story for the UK if it adopts the same tariffs that the EU currently levies on all non-member states, where the highest duties are all for agricultural products, including:

If Theresa May wants to trade away farmers’ protections in a trade deal with the US, she will encounter significant opposition. Agriculture is protected in both countries because it is politically sensitive: farmers are a powerful lobby. High EU tariffs protect UK farmers from competition with cheap imports (whilst raising prices for consumers).

2. Regulations may also be a tricky subject

Trade deals aren’t just about tariffs. Different regulations in different countries can be an impediment to trade, and trade deals often seek to remove these barriers.

The US Trade Representative (USTR) publishes an annual report detailing the barriers to trade that it would like to remove, including in the EU.  Assuming the UK replicates EU customs and regulations in the short term, this report doubles as a hit-list of issues that the US might tackle in a UK–US trade deal. For example, the US objects to the EU’s ban on disinfecting chicken with chlorine. It also wants to remove the EU regulation stating that for a product to be termed “whiskey” it has to be aged for three years (clearly a sensitive issue in Scotland).

More widespread political concern might be caused by the US trying to persuade the UK to drop the EU’s ban on beef treated with any of six ‘growth promotant’ hormones. The US has consistently argued that this ban has no scientific grounding and simply acts as a protectionist barrier. It challenged the EU regulation at the WTO, won, and imposed trade sanctions on the EU for a decade from 1998. Removing this regulation in the UK to secure a trade deal with the US might anger environmentalists and farmers.

In a specific UK deal, the US might also object to elements of Theresa May’s industrial strategy (particularly if it heralds more state support for UK industry); the USTR report cites the UK’s decision to plough £1bn into Rolls-Royce for the development of aircraft engines as a barrier to trade. All of these regulatory issues are politically sensitive. Managing those sensitivities to secure a deal takes time and a huge amount of political capital.

3. A deal with the US will shape other trade negotiations

In our interview with trade negotiators from Canada, the US and the EU, a consistent message has been that trade deals should not be viewed in isolation.  Other countries would watch a US–UK trade deal carefully to see what it revealed about concessions that the UK was prepared to offer, using this precedent when drawing up their own demands for a UK free trade agreement. That means that the Government cannot afford to negotiate on the assumption that the UK–US deal would be a one-off, in which it was acceptable to give greater concessions in order to secure a faster deal.

4. Whitehall is still assembling its ‘deal-making-machine’ – the USTR has decades of experience

Negotiating and implementing deals eats up government capacity. The new Department for International Trade is still in its set-up phase – its new Permanent Secretary won’t start until March. And the complexity of modern trade deals tends to mean that negotiation is a ‘whole of government’ effort – negotiations that covered food regulations, for example, would almost inevitably draw on the resources and expertise at Defra, which is staffing up its own trade team. For the moment, the UK is still assembling the capacity required to actually do a US trade deal.

This article was first published by the Institute for Government and it represents the views of the author and not those of the Brexit blog, nor the LSE. Image by Gage Skidmore (CC BY-SA 2.0)
Oliver Ilott joined the Institute in 2015, after working for the Shadow Energy team in Parliament. He has previously worked in the House of Lords and in Public Sector PR. He graduated from the University of Cambridge with a degree in English. 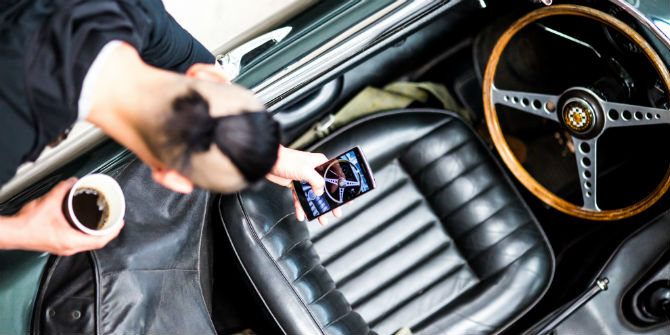 What a CETA (or CETA+) free trade agreement would mean 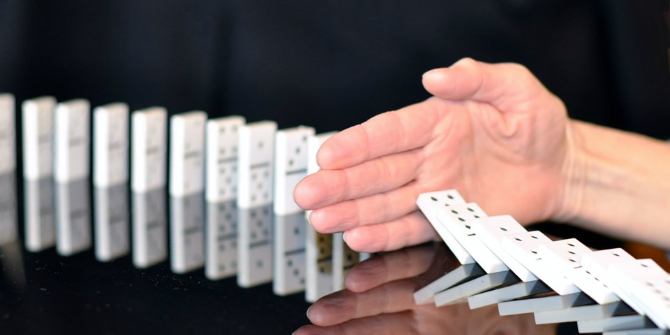