Britain’s negotiations to leave the European Union formally began on 19 June, but it is still unclear what impact the unexpected result of the UK’s general election will have on the process. Julian M Hoerner indicates that from the EU’s perspective, little has changed following the election as the EU had already decided on its negotiating position in advance. However, he argues that the victory of Emmanuel Macron in the French legislative elections could ultimately make concessions for the UK less likely.

In 2017, citizens in the three largest EU member states have gone (or are due to go) to the ballot box. The general election in the UK was followed by the French legislative elections, while in September, Angela Merkel is facing German voters in her bid to become chancellor for the fourth consecutive time. One of the most pressing issues facing the EU is of course Brexit. And the outcome of this year’s elections in these three key member states will have a significant impact on the way the Brexit negotiations are conducted and the potential outcome.

Contrary to most expectations, Theresa May could not increase her majority in the UK’s election and is now dependent on the Democratic Unionist Party (DUP) to govern. Even though in some respects to the right of the Conservative Party, the DUP has arguably a preference for a ‘softer’ Brexit given Northern Ireland’s close trade links to the Republic south of the border. Moreover, the strong performance of the Scottish branch of the Conservative Party with their socially liberal leader Ruth Davidson could potentially influence the balance of power within the party. Finally, against expectations, the Labour Party, which has a more ambivalent position on leaving the EU, increased its seat share, as did the decidedly pro-European Liberal Democrats.

This was certainly not the outcome Theresa May hoped for when she called the elections in April. Her stated aim was to get a ‘strong and stable’ majority to bolster her position in the Brexit negotiations. With this plan having failed spectacularly, some commentators now see the potential for a ‘softer’ Brexit, involving closer trade links and membership of the customs union. Whether this is feasible is far from clear, as is the issue of whether Brexit actually featured prominently in the minds of most voters in the election. It is certainly premature to argue that ‘hard Brexit’ is not the most likely outcome anymore.

Nevertheless, the result of the election and the ensuing discussions have certainly been closely followed in European capitals, and might thus have an impact on the approach EU leaders take in the negotiations. But the impact of the election should also not be overstated in this sense. Angela Merkel made clear that she expected Brexit negotiations to go on as planned, stating: “Currently I don’t see anything standing in the way of negotiations starting promptly – as was agreed and promised”. Negotiations duly began on 19 June, but the outcome of the election has generated uncertainty. German public opinion, generally pro-EU, is rather sceptical when it comes making significant concessions to the UK in any Brexit deal.

Merkel’s competitor for the chancellorship, former President of the European Parliament, Martin Schulz (SPD), is even more in favour of deepening integration than Merkel and is, therefore, less likely in principle to make concessions. At the same time, senior figures such a Sigmar Gabriel, Minister of Foreign Affairs, and Germany’s EU Commissioner Günther Oettinger, have urged the UK to rethink its positions and see the election result as opening up the potential for closer cooperation. Wolfgang Schäuble ,Minister of Finance, even stated that the UK was welcome to stay an EU member should there be a change of mind. In any case, major decisions or changes in strategy cannot be expected from the German government until after the federal elections in September.

Emmanuel Macron’s victories in the French presidential and legislative elections suggest that France and Germany could again become the drivers of reform and further deepening of the European Union. Chancellor Merkel has already congratulated Macron on his strong mandate for reforms and hinted at some change in German policy regarding austerity measures and a renewed commitment to deeper integration in exchange. Macron ran his campaign on a decidedly pro-European platform, which for him is central to the modernisation of France. Any concessions on issues such as free movement cannot be expected from him. Therefore, the victory of Macron’s centrist party might well reinvigorate the Franco-German engine, strengthening the EU’s negotiation position.

The European Commission itself reacted to the outcome of the UK’s election by emphasising the need to start negotiations as quickly as possible and to stick to the agreed timetable. Chief Negotiator Michel Barnier urged the UK government to come to the negotiation table in order to meet the Article 50 deadline of March 2019. Any changes to the EU’s agreed negotiation position would likely take months. The official message from Brussels has therefore been that, irrespective of the election outcome, negotiations should proceed as planned.

The impact of the UK’s election on the process should thus not be overstated, at least in the short run. At the moment, a fundamental change in the position of the British government is not in sight. Moreover, there is limited evidence that the election was actually a clear vote against ‘hard’ Brexit. Finally, the recent elections in France and upcoming campaign in Germany, in which Chancellor Merkel is facing a decidedly pro-European competitor and a generally EU friendly electorate, could result in opportunities for further deepening European integration in certain areas.

This alone would rule out any concessions that would make ‘soft’ Brexit more feasible for the British government. The situation could change of course depending on the flexibility of the new UK government on issues such as free movement, or indeed a change in government after another election. However, for now, the dynamics of the Brexit negotiations are unlikely to change significantly.

This article first appeared on EUROPP and it gives the views of the author, and not the position of LSE Brexit, nor of the London School of Economics.

Dr Julian M Hoerner is a Fellow in European Union politics at the LSE European Institute. 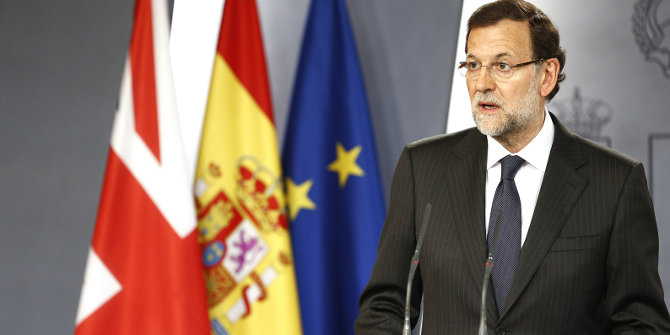 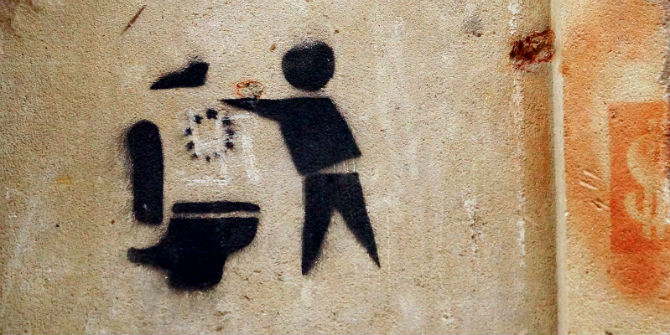