When people are deciding how to vote in a referendum, do they take their cue from party loyalty or by listening to the debate and making up their own minds? When Céline Colombo (University of Zurich) and Hanspeter Kriesi (European University Institute) analysed two Swiss referendums, they found that voters do pay attention to the arguments. But during the referendum campaigns they came to agree more and more with the arguments supported by their preferred party. People tend to process information in a biased way – a finding that has big implications for the way referendums, which are often touted as a check on politicians in government.

The popularity of direct democracy is growing, especially in the European Union. As it spreads, so does criticism from pundits and politicians that ordinary citizens are not competent enough to decide on policy. Direct democracy places high demands on citizens – and from public opinion research, we know that the average citizen’s knowledge of politics, as well as their interest in politics, are rather low. Most recently, the EU referendum has brought renewed debate about citizens’ (in)competence to decide on such complex and far-reaching policy matters. One example is the spike in Google searches asking “What is the EU?” after the Leave vote.

One particularly interesting question is how voters’ party loyalties influence their vote. How do party cues and policy information affect citizens’ political opinions? Do voters decide based on the details of the proposed policy, or do they simply follow the position of their preferred party?  When it comes to direct democracy, this question is particularly relevant. Direct democracy campaigns are information-rich events which offer citizens the opportunity to learn about a policy in detail. At the same time, parties try to influence their decision by publishing their own positions on the issue.

Ideally – from the perspective of democratic theory – we would expect voters to scrutinise all the available information, weigh the pros and cons, and compare the expected consequences of a decision with their own preferences and values. Even more desirable would be for citizens to engage in deliberative debate with others and keep an open mind which could be convinced by good arguments. What much research shows, however, is that individuals are often unwilling to hear the other side. They tend to protect their existing beliefs and opinions. Making the decision by simply following a party’s recommendation is one way to avoid the effort of informing yourself, and at the same time helps to protect your existing opinions.

In some cases, when the party actually represents a voter’s interest, following the party line can be a useful heuristic shortcut. However, this strategy opens the door for elite manipulation. Furthermore, supporters of participatory democracy often promote direct democratic instruments as an opportunity for citizens to hold a check on elected representatives between elections. But this mechanism will not work if citizens rely mainly on party cues when making up their minds

In our study, we asked whether voters in referendums base their decision more strongly on policy arguments or on their party’s position. To do so, we analysed two direct democracy votes in Switzerland, one on an asylum law reform (a comparatively easy and familiar topic) and one on a complex and highly technical corporate tax reform. We examined the effect of policy arguments and party attachments on vote intention using panel survey data, where a representative sample of 1000 Swiss citizens was surveyed once at the beginning of the campaign and a second time immediately after the vote. To the simple dichotomous question of “party cues or policy information?” we added an additional twist, by asking how party cues affect the processing of policy information.

More specifically, in our surveys, we asked voters for their party preference as well as which side they took on the most important policy arguments debated during the referendum campaigns. We also asked them whether they were aware of their party’s position on the issue at stake. Finally, we asked them about their voting intention in the two referendum votes. This allowed us to calculate the strength of the effect of their partisan preference – as well as their opinions on policy – on their voting intention. In a second step, we calculated whether a voters’ party preference affects whether they agree with the policy arguments, and how this changes throughout the campaign.

So just how democratic were these decisions? On the one hand, arguments turned out to play a significant role in voters’ decisions: they do not blindly follow their party line. On the other, which arguments people chose to believe – and which information they found convincing – depended heavily on which party they feel attached to. Listening to the other side seems to be difficult.

One important implication is that simply providing citizens with more (and more kinds of) information will not necessarily help them form better-considered opinions, because they tend to process the information in a biased way. Instead, increasing debate and discussion between the two sides and improving the conditions for mutual dialogue and listening should be a primary goal in referendum campaigns.

Celine Colombo is a postdoctoral researcher at the Political Science Department, University of Zurich. 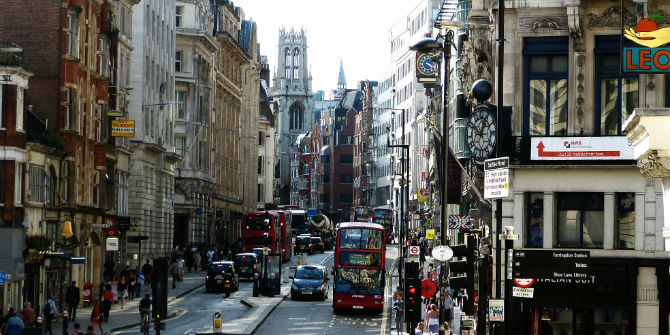