The PM intends to negotiate a transitional period after March 2019, during which people, businesses and services would have time to adapt to Brexit while the current regulatory framework is maintained. But it is still unclear how Britain will do this. Federico Ortino and Holger Hestermeyer (King’s College London) argue that Article 50 allows the UK to postpone the beginning of the withdrawal agreement until a later date – perhaps March 2021. This would give the government valuable time to implement Brexit.

Ever since the EU referendum took place, the British government’s stance on implementing the vote has followed two apparently conflicting approaches: principles and pragmatism. The former is evidenced most clearly in the drawing, relatively quickly, of the so-called red lines (including control over immigration, law-making, trade policy and freedom from the jurisdiction of the Court of Justice of the EU). These red lines have remained relatively unchanged – notwithstanding the various calls to modify (and particularly to soften) them.

Pragmatism, on the other hand, finds its most emphatic expression in the British government’s attempt to keep the post-Brexit world as much as possible unchanged compared to the pre-Brexit one (save, of course, for exiting the EU based on the red lines mentioned above). This pragmatism is a function of the need to (a) alleviate the complexity of the government’s task to actually implement Brexit in a short period of time and (b) reassure business that there will be no dramatic changes in the regulatory framework under which they currently operate.

A good example of this pragmatism is the EU (Withdrawal) Bill, which aims to reproduce all existing EU legislation into domestic UK law to ensure continuity and a smooth transition on the day the UK leaves the EU. Similarly, pragmatism can be observed in the key policy choices so far undertaken by the British government with regard to trade policy (and most recently confirmed in the DIT policy paper “Preparing for our future UK trade policy”). These include

(b) ensuring that existing EU free trade agreements with third countries will continue to be applicable (at least on an interim basis) between the UK and those third countries following Brexit.

Pragmatism also underlies the Prime Minister’s recognition of the need for a period of implementation (or transition) in order “to adjust to the new arrangements in a smooth and orderly way”. In line with that pragmatism, the Prime Minister’s current thinking with regard to the kind of transitional mechanism appeared to be aimed at ‘simply’ prolonging the current regulatory framework for a (limited) period of time: “a period of standstill”, in the words of the Prime Minister in her Florence speech. This period of standstill would have the added advantage that people, businesses and public services would only need to confront one set of changes – namely the one after the end of the standstill period. Accordingly, in an ideal scenario, by 29 March 2019, the UK and the EU would have been able to agree on (a) the withdrawal agreement (concerning in particular the rights of EU nationals, the Irish border and the divorce bill) and (b) the heads of terms of the future long-term relationship, described in Article 50 TEU as the “framework for its future relationship with the Union”. The period of standstill would then give everyone the time to adjust to the post-Brexit world. We do recognise, however, that there is uncertainty surrounding the issue of a transition period: in a statement to the Commons, the Prime Minister seems to have changed her approach to transition, stating that the transition is supposed to be a time period for implementing the future relationship and thus without a deal in place, there would be no need for such an implementation period.

When it comes to actually devising a transitional framework, several options have been put forward. One is to rejoin EFTA and operating under the EEA. Another is to establish an interim association agreement. A third would extend the negotiating period beyond 29 March 2019. We want to suggest one further option that has not yet been fully considered. It is based on a textual and purposive interpretation of Article 50(3) TFEU.

Article 50(3) provides that “[t]he Treaties shall cease to apply to the State in question from the date of entry into force of the withdrawal agreement or, failing that, two years after the notification referred to in paragraph 2 [unless the period is extended]”. Our suggestion is that the agreement on withdrawal reached by 29 March 2019 (at the latest) will expressly specify that its entry into force will take place at a later date (say, two years later, on 29 March 2021). This would have several practical and political implications:

(a) by postponing its entry into force, the status quo is preserved for the chosen period of time

(b) at least formally, it would be subject only to a qualified majority vote in the Council and consent of the European Parliament

(c) while Brexit day would be effectively postponed, withdrawal from the EU would have been finalised, so that at least that part of the negotiations would be over, and

(d) it would provide additional time to finalise the details of the future, more complex relationship (including ratification by EU Member States).

We acknowledge that the solution we propose hardly resolves all the problems raised by the transition period. Crucially, it does not resolve the issue of institutional representation of the UK in the EU during the transition period. Under our approach the treaties would continue in force until the entry into force of the withdrawal agreement – and accordingly, the UK would need to organise elections for the European Parliament in 2019 (and, of course, continue to be represented in the Commission, the Court of Justice and other organs). To resolve this issue, the EU and the UK would have to find a more thorough, bespoke solution in the withdrawal agreement and provide for its entry into force. This, however, comes with its own difficulties as it is unclear to what extent Art. 50 TEU can serve as a legal basis for a bespoke transition agreement. A fully-fledged or interim association agreement based on Art. 218 TFEU, however, requires procedures that could not be done within the remaining timeframe. Accordingly, moving away from the status quo may bring about legal and political difficulties that it might not be possible to overcome in time. Pragmatism will (need to) dictate the extent of this tinkering, if any.

Does the option suggested here conform with Article 50(3)? We believe it does. The crucial question is how one interprets ‘failing that’ in in the first sentence: “The Treaties shall cease to apply to the State in question from the date of entry into force of the withdrawal agreement or, failing that, two years after the notification …”. There seem to be two ways to read the reference of “failing that”. On the one hand it could mean “in case the parties do not reach a withdrawal agreement”. On the other it could be read as “in case a withdrawal agreement does not come into force within two years of notification”.

We think that there are strong arguments for the first reading. First, ‘that’ must refer to the existence of a withdrawal agreement, rather than to the entry into force of one such agreement. The English version is not entirely clear in that respect, nor is the French, German, or Spanish one, all of which fail to define what precisely “that” refers to. The Italian and Swedish versions, however, clearly support such an interpretation as they read respectively “in mancanza di tale accordo” (‘failing such agreement’) and “om det inte finns något sådant avtal” (‘if there is no such agreement’).[1] If the two years were supposed to set the maximum period for the withdrawal to actually happen (with or without an exit agreement), the drafters could have easily specified that in Article 50(3).

Second, the commentaries to the various (constitutional treaty) drafts of what is now Article 50 make clear the underlying rationale of the provision on withdrawal. They state in the relevant part:

In other words, the ultimate objective of Article 50 is to reach an agreement on withdrawal to ensure an orderly exit, while the two-year deadline is there to reassure the withdrawing Member that its decision to withdraw from the Union will not be ultimately frustrated. If the withdrawing Member and the Union reach agreement, that agreement takes precedence – even where it stipulates that it enters into force after the two-year period. Accordingly, the interpretation suggested here conforms with the spirit and purpose of the provision.

Rome was not built in a day. Neither was the EU. Brexit is a complicated, complex process that should proceed with the aim of finding an optimal solution, rather than a quick one. The transitional framework suggested here offers an additional pragmatic option.

Holger Hestermeyer is the the Shell Reader in International Dispute Resolution at King’s College London. 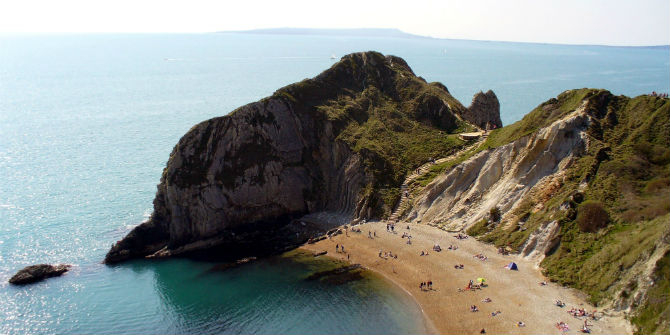 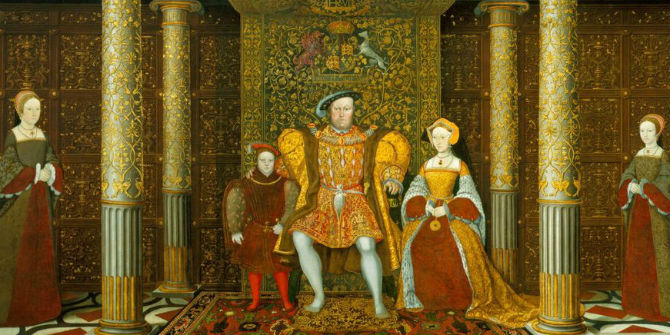