The proposed new sifting committee for Statutory Instruments under the EU (Withdrawal) Bill will not give MPs meaningful and effective oversight of them – unless amendments are made to more effectively hold the government to account, writes Joel Blackwell (Hansard Society).

The EU (Withdrawal) Bill, which returned to the House of Commons for its report stage on 16 January, was successfully amended at committee stage in December 2017 to create a mechanism which will allow MPs, via a new European Statutory Instruments sifting committee, to consider statutory instruments (SIs) made under the Bill’s widest delegated powers and recommend an upgrade in the level of scrutiny of those about which they have most concern.

This new scrutiny mechanism, incorporated through a series of amendments tabled by Procedure Committee Chair Charles Walker, is intended to constrain the wide Henry VIII powers the government will use to make changes to retained EU law via SI (under clauses 7, 8 and 9 of the Bill).

But if MPs are serious about scrutinising the changes arising from Brexit these amendments, and the related proposals to amend Standing Orders will, as currently drafted, offer only limited help. If MPs are not happy with what the government wants to do, they will still be unable to exercise any real influence on the substance of a Brexit SI.

The proposed procedure is skewed too much in favour of an executive which is already dominant in the delegated legislation process. It simply bolts a new sifting committee on to existing, wholly inadequate, procedures for scrutinising negative and affirmative instruments in the House of Commons. These existing procedures require MPs to ‘pray against’ negative SIs by an Early Day Motion, for which no fixed debating time is allocated; and to consider affirmative SIs in temporary Delegated Legislation Committees (DLCs) followed by a vote on a pointless ‘consideration’ motion.

To give MPs a meaningful voice in the process, further changes are needed.

Five amendments to Schedule 7 of the EU (Withdrawal) Bill

As currently proposed, the new European Statutory Instruments Committee will consider all negative SIs laid by the government under clauses 7, 8 and 9 of the Bill, and will be able to recommend an upgrade for those SIs where it deems the affirmative procedure to be more appropriate. However, the committee’s power is advisory: it can only recommend that a negative SI be upgraded to the affirmative procedure. The decision to upgrade ultimately rests with the government, and there would be nothing – other than the risk of a political row – to stop a minister ignoring the committee’s recommendation.

However, such a vote would depend on the government granting time for a motion to be debated. As we have seen in recent times with SIs regarding university tuition fees and the Personal Independence Payment, the government is often content to ride out a political storm, delaying debate until after the SI has come into effect.

In previous legislation with similarly wide delegated powers (e.g. the Legislative and Regulatory Reform Act 2006, Public Bodies Act 2011 and Localism Act 2011), a strengthened scrutiny procedure was inserted which obliges the government to accept the recommendation of a designated committee in each House to upgrade the scrutiny of an SI. Given the similarly broad delegated powers in the EU (Withdrawal) Bill, unless this requirement to accept the recommendation of the designated committee is replicated, it will make for a step backwards in the legislature’s control of executive power.

In line with existing strengthened scrutiny procedures, the Bill should be amended so that the power to upgrade a negative instrument should rest with Parliament, although a decision by the designated committee to upgrade an instrument could be overturned by a motion of the House.

2) A ‘conditional amendment’ power should be added

The currently proposed sifting mechanism involves no ‘conditional amendment’ power requiring ministers to take account of representations from the new committee, with the option to lay a revised SI in response. The Procedure Committee had previously suggested such a power, but it was omitted in the Walker amendments.

Including such a power in Schedule 7 of the Bill would be in keeping with strengthened scrutiny procedures in other, previous, legislation granting ministers wide powers. It would provide a formal mechanism to ensure that the government takes account of and responds to any representations made by the new sifting committee. The government would not have to accept them, but at the very least it would encourage constructive engagement between the government and MPs on the key policy issues, but with the whole House ultimately deciding the outcome.

3) Clause 17(1): The sifting committee’s remit should extend to SIs produced under this power

Clause 17(1) of the Bill confers a Henry VIII power on ministers to, by regulations, ‘make such provision as the minister considers appropriate in consequence of this Act’. The potentially broad nature of this power’s application has been raised numerous times during debates on the Bill, yet the power is currently only subject to the lowest form of parliamentary control, the negative procedure.

4) Urgent cases: some constraints should be introduced

Paragraphs 4 and 13 of Schedule 7 set out the parliamentary procedure to be used ‘in certain urgent cases’. However, there are no constraints on the exercise of this power, and such SIs would not be considered under the sifting mechanism.

These paragraphs should be amended to require that the minister should have to explain the ‘urgency’, as is required for use of similar urgency powers in other legislation (e.g. section 41(8) of the Legal Aid, Sentencing and Punishment of Offenders Act 2012, and the urgency procedure for Remedial Orders arising from the Human Rights Act 1998).

The Schedule should also be amended to provide safeguards on the use of the power – for example, defined limits on its use, and a requirement that the new sifting committee is involved in the urgent case process.

5) The House of Lords: its role in the scrutiny process should be confirmed

The Walker amendments were deliberately framed to refer only to the House of Commons rather than Parliament, to avoid trespassing on the Upper House’s procedures. However, this has given rise to concerns that the government might utilise this situation to further its desire to limit the role of the House of Lords in the scrutiny of SIs, as set out in the Strathclyde Report. MPs may prefer to leave it to Peers to amend the Bill to take account of House of Lords scrutiny procedures. However, it would be useful if Members secured an explicit, on-the-record confirmation from the Minister during the Report stage debate that it is not the government’s intention, in any way, to limit the role of the Upper House in scrutinising Orders arising from the Bill.

On completion of the Bill’s initial passage through the House of Commons this week, MPs’ focus must shift to securing the effective operation of the new sifting committee via changes to House of Commons Standing Orders. The government has published its proposed amendments to Standing Orders to set up the European Statutory Instruments Committee, and we will be submitting evidence to the current Procedure Committee inquiry on how this Committee might operate. We will write about that in more detail in subsequent posts later this month.

However, even if the EU (Withdrawal) Bill and Standing Orders are amended as we suggest, there remains a significant risk that MPs will not be able to properly scrutinise all Brexit-related SIs. MPs will shortly consider other Brexit-related bills that contain wide, delegated powers. Will ministers agree to extend the remit of the new European Statutory Instruments Committee to SIs produced under the widest powers in these other pieces of legislation? Members should be alert to any attempt to produce bespoke scrutiny models for each bill as has been the practice in the past; this will only add further complexity to an already convoluted and confusing process.

The Solicitor General also made clear during day two of the committee stage debate on the EU (Withdrawal) Bill that, where possible, the government may use powers in existing non-Brexit- related primary legislation to deliver changes to retained EU law. MPs, therefore, cannot be sure that they will be able to give effective scrutiny to all Brexit-related SIs unless reforms to the scrutiny system apply to all SIs – that is, SIs arising from (i) the EU (Withdrawal) Bill; (ii) the other Brexit-related bills the government proposes to bring forward; and (iii) non-Brexit parent Acts. Adopting a new scrutiny system only for SIs arising from the EU (Withdrawal) Bill and/or the other Brexit-related bills may create a perverse incentive for ministers to introduce changes via powers in non-Brexit-related legislation, knowing that these SIs will be subject to less rigorous consideration via the current flawed procedures.

Ministers argue that the time pressures imposed by Brexit militate against any significant reform of the delegated legislation scrutiny process. In reality, Brexit is the best and perhaps the only opportunity MPs will have to improve scrutiny of delegated legislation. Regrettably, the amendments agreed so far fail to get to grips with the longstanding problems, papering over the cracks of a scrutiny system that remains unfit for purpose.

This post represents the views of the author and not those of the Brexit blog, nor the LSE. It first appeared on the Hansard Society blog.

Joel Blackwell is Senior Researcher at the Hansard Society. 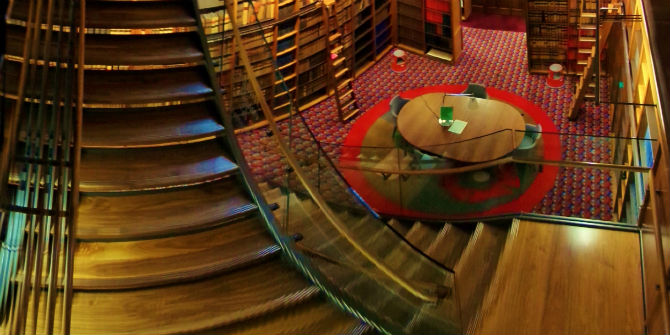 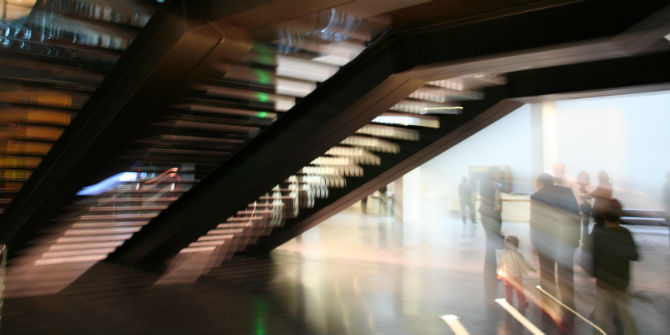