What Brexit will mean for UK universities varies from institution to institution. Much data on Brexit’s impact focuses on sector-wide aggregates, the forest that hides the trees. The UK provides excellent teaching and research, as illustrated by the number of its universities ranked in the top 10, 50 or 100 in the world. Yet despite its world-class reputation, the UK’s higher education sector is hierarchical, and various layers will be affected differently. Ludovic Highman (UCL) explores the sector’s diversity in this regard.

The diversity of the student fabric of UK universities, so crucial to the overall student experience, depends on a healthy number of non-UK based students interacting with domestic students.

Internationalisation starts at home, on UK campuses. The presence of EU students is essential, both quantitatively and qualitatively. EU students graduate from rigorous secondary school systems and their drive to study abroad, most often in a language that is not theirs, makes them attractive to UK universities.

EU students are particularly vulnerable after Brexit, especially in England. Currently they are treated as home students, but in all likelihood EU students enrolling in the UK after its withdrawal in March 2019 will be treated as overseas students. They will no longer benefit from the protection of EU law and the principle of non-discrimination between home and other EU nationals, they will pay higher fees, and they will no longer be eligible for the pay later UK tuition loans that soften high fees. Their position might be more favourable in Scotland, where free tuition for non-UK EU students was extended by the Scottish government to the 2019-2020 academic year.

While the London Russell Group universities have the highest numbers of non-UK EU students (with UCL ahead, followed by King’s), and Oxbridge remains firmly cemented within the top 10, the data also demonstrate the attractiveness of Scottish universities, and the subsequent relative drop in the number of non-UK EU students in English universities that are not located in global cities such as Birmingham, London, or Manchester, or academic powerhouses such as Oxford and Cambridge. Rare exceptions include Coventry and Warwick, which are geographically close to Birmingham. Scottish universities are attractive to non-UK EU students in absolute numbers, with Edinburgh, Glasgow and Aberdeen attracting more than Oxbridge and competing with the top London universities. Strathclyde and Edinburgh Napier also attract significant numbers, an unprecedented characteristic in any city outside London, as both Edinburgh and Glasgow are already home to universities attracting higher numbers of EU students (see table 1).

Three Scottish universities have some of the highest percentages of enrolled non-UK EU students, with the University of Aberdeen topping the ranking (see table 2). This is partly explained by the lack of tuition fees for non-UK EU students in Scotland. It is possible that higher concentrations of EU students will further relocate to Scotland, though this depends on the level of fees charged beyond 2020. Under the current tuition fee system, Scottish universities will remain attractive to prospective EU students, while many of their English counterparts (outside London and Oxbridge) that already have lower proportions of EU students will be less attractive if non-UK EU students lose their current status, comparatively-speaking.

This post represents the views of the author and not those of the Brexit blog, nor the LSE. It as originally published as a Centre for Global Higher Education policy briefing.

Dr Ludovic Highman is a Senior Research Associate at the ESRC/HEFCE-funded Centre for Global Higher Education, based at the UCL Institute of Education. 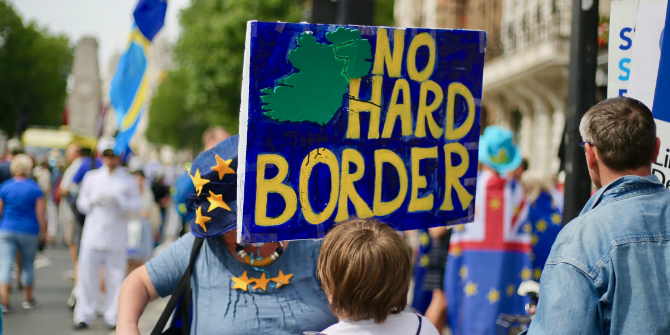