The  White Paper for a new UK-EU partnership edges its way around the strict red lines of a hard Brexit in order to address the complaints of business and keep jobs in this country. In a surprise move, it puts forward proposals for services. Monica Horten (LSE), suggests that the ‘common rulebook’  may be a problematic metaphor in an inter-connected 21st-century business world.

The government’s White Paper entitled The Future Relationship Between The United Kingdom And The European Union, is a bid to break the deadlock in the EU withdrawal negotiations. The stated aim of the White Paper is to protect the ability of British manufacturers and retailers to continue with their just-in-time arrangements and maintain EU-based supply chains for perishable food. It follows in the wake of public statements by firms such as Airbus and John Lewis, that any Brexit deal that would give rise to customs checks and freight vehicles being stopped at the border, would be economically damaging.

The White Paper defines a free trade area for goods only, as determined by “common rulebook”  to be maintained by both the EU and the British government for all goods including agri-food. It commits Britain to agree on a new treaty for the ongoing harmonisation of British laws with EU rules and incorporates a joint institutional framework for dispute resolution (and replacing the role of the Court of Justice in this regard). The proposal is ringfenced so that only those rules necessary for a frictionless border would be included in the common rulebook.   Parliament will legislate on all those rules. Overall, the proposal looks a bit like the government wants to make a positive appearance of leaving the EU, but knows that for the economic health of the country, it actually needs to stay inside it.  And contrary to much of the pre-publicity, it includes a detailed proposal on services where the government is trying to “buy back” some of what we will lose. 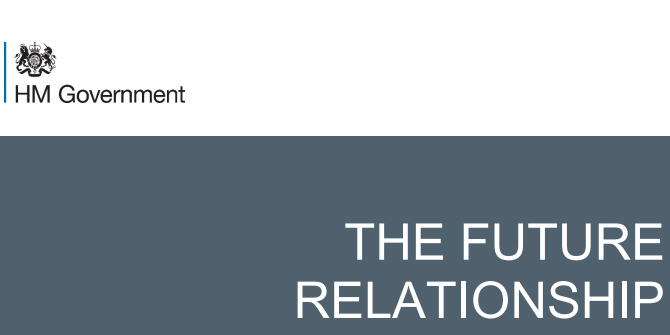 The notion of a “common rulebook” gets across the idea that Britain will be aligning with EU rules, and this is underscored by a statement we will ‘make an upfront choice to commit by treaty to ongoing harmonisation’. However, the “rulebook” metaphor is problematic and arguably too simplistic. Trade in the 21st century is not just a matter of goods, tariffs and quotas. Trade today is a  vast inter-connected global system that is controlled by a framework of regulation. This is not an  ‘evil empire’ construct of the EU creating laws with the intention of obstructing industry trading freely. On the contrary,  trade is able to flow freely, precisely because it is governed by common rules that function across borders. Those rules ensure safety and utility of goods, protect public health and national security, and they are administrated via electronic systems that span multiple jurisdictions. The rules, therefore, are necessary for trading systems to operate (Sir Ivan Rogers lecture of May 2018).

Companies  are regulated by the EU  in order to ensure that medicines are safe, that  toys do not poison children with lead, and  that food labels must  give us information on the chemicals used in processing (and by the way, the idea of food labelling actually comes from the United States (as discussed in Michael Schudson: The Rise of the Right to Know). Any company that wants to sell toys, for example, in the EU, has to ensure that their toys comply with EU rules, regardless of where they are manufactured. But the point is, that once they do comply, they can import them into one EU country and sell them in all 28. It is one set of rules, not 28 sets of rules. That cuts the red tape and costs for businesses, and it is why companies who, to be fair, do not always like EU regulation, are now saying they want  Britain to stay in the EU.

These rules are there to protect the good of society, not to irritate business and damage trade. However, it is one of the tensions of modern society that people in a business capacity may not like rules, but in a private capacity, they are often grateful to have the regulatory safeguards. The EU is one of three regional trading blocks that has come to  dominate trade regulation on a global level – the other two being  the US and China. EU regulation is frequently regarded as being of the highest standard – notably data protection – and copied by others. It has been pointed out by experts that Britain has no chance to lead regulatory development if it goes out on its own (Sir Ivan Rogers lecture  May 2018). Companies which are not under any obligation to follow EU rules will do so because they see a  benefit. Even Chinese toy manufacturers comply with EU standards because they can then sell them anywhere in the world. Hence, British manufacturers  will have to maintain alignment with EU rules after Brexit, whether or not the British government chooses to, because it will be in their commercial interest to do so.

But here’s the rub. The EU rules on goods exist within the Acquis Communitaire –  a framework of laws that inter-relate with each other, and have been adopted by the European Parliament (directly elected representatives), and by the Council of Ministers (Member State governments). This framework has been updated over time since the start of the Single Market in 1992, to address the changing nature of business and industry. Each new EU law refers to previous laws that address the relevant policy area. In many cases, a new law will be part of a matrix of laws, that sit within a framework law for the policy area.

Take the example of Airbus. In its Brexit Risk Assessment, Airbus  highlighted how its product  manufacturing  must comply with safety legislation under the European Aviation Safety Agency (EASA). EASA oversees certification of airworthiness, and it oversees aspects of air operations and air traffic control. It oversees the certification of organisations that are allowed to design aircraft and aircraft parts, for all different kinds of aircraft, and who may do major or minor repairs to aircraft. The rules that govern aircraft components include a range of safety issues including the competence of a firm to undertake manufacturing or maintenance. Airbus has stated that “every single supplier” will need to be certified.

This creates a technical difficulty in establishing such a “common rulebook”. If Britain wants to separate out rules for goods only, and moreover, it seems to want only those goods that are relevant for British manufacturers, then it going to have to pick out those rules sit within the individual directives and other legal instruments that comprise the Acquis. And those rules would have to be kept in a special file and updated every time the EU updates its own legislation. This “rulebook” could be written up in the form of Free Trade agreement (FTA), which seems to be what the White Paper is suggesting.  However, the amount of work involved will require a lot of painstaking detail and will take years to finalise. Moreover, if or Parliament then wanted to exercise its right to reject a rule, it would erode trust and risk the entire agreement.

There is also the question of services. In fact, contrary to the impression given in the 3-pager issued last week at Chequers, the White Paper does include proposals for services, which comprise almost 80% of the British economy. However, it is unlikely that this proposal would meet the requirements of the EU, which has been clear all along that goods and services are indivisible components of the Single Market. In 21st century trade, goods and services are frequently intertwined, and trying to separate them out could be like trying to take the egg out of the proverbial omelette. Communications are being integrated into cars, for example. Does this qualify as part of the  ‘goods’  or is it an information society service? Or both?

The White Paper calls for bespoke arrangements, but the EU  chief negotiator, Michel Barnier,  has been clear that it will not damage the Single Market just to help Britain. In some cases, the White Paper relies on Britain being able to retain access to certain EU agencies. This brings us to the underlying problem with this White Paper, namely the institutional divorce. This is  Britain’s exclusion from EU Agencies,  as established in the Transition chapter of the EU Withdrawal Agreement, Article 123. The institutional divorce is the reason why Britain will become a rule-taker and not rule-maker. Article 123 means is that Britain will be out of all the EU agencies, bodies and institutions from 29 March next year.  From the beginning of the ‘Transition’, Britain will outside of all the regulatory bodies that either propose rules, advise on them, enforce them.

The institutional divorce creates a problem for  industry. In many cases it means that firms will  have to transfer elements of their business into the EU 27 so that they can comply with regulatory supervision requirements. Going back to the example of airworthiness certification, EASA is an EU Agency. Britain will no longer be a member of EASA after 29 March next year. That means that the UK authorities will no longer be able to issue airworthiness certificates and manufacturers of aircraft or aviation equipment will not be able to go to the British authorities to get the necessary approvals. The certification will have to be done inside the EU27. The same applies to any other companies in other sectors that need European approval. For businesses, it means that their position will change overnight on 29 March 2019. Instead of being insiders, with a domestic market of some 500 million people, they will become outsiders, beset by new non-tariff barriers. It will not be frictionless. This is prompting companies to move parts of their business out of the UK, as outlined in this Financial Times article.

The White Paper recognises this issue.  In response, it is trying to get back into those authorities that it is, by its own agreement, being forced out of. Sadly, the government has been hoisted by its own petard – just as it has been with the Galileo satellite programme. The central role played by EU agencies means that Britain has a lot to lose. If Britain wants to play role in those Agencies in future, it will need a new set of Treaties – one per Agency. This is likely to be one of the biggest hurdles in the negotiations. 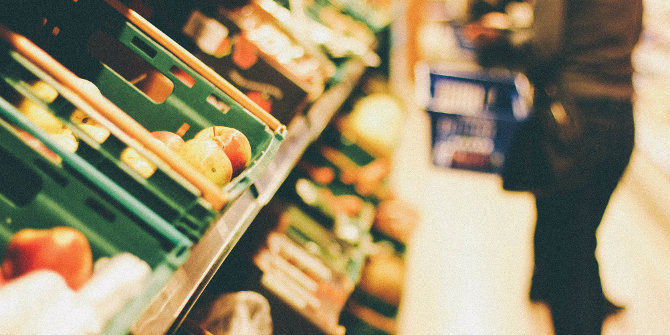 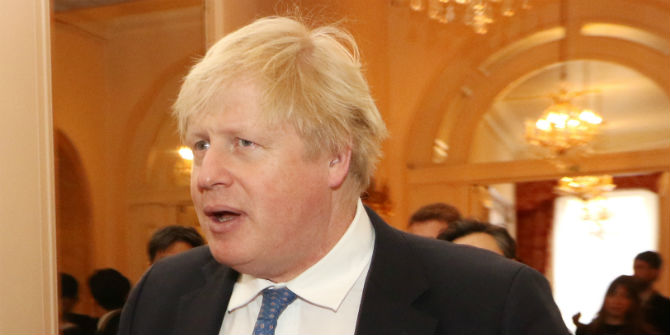