As the uncertainty surrounding the UK’s planned exit from the EU continues, one thing has become clearer – how much four decades of membership of the European project have moulded British society, economy and the environment. This creates a multi-dimensional challenge for the land use planning system, given that it considers social, economic and environmental effects when it makes decisions about development.

EU membership has left a distinctive – though frequently misunderstood – mark on planning. Planning is not formally an EU competence, so the main features of the way planning works, the main legislation, the goals, and the processes are essentially the creation of UK governments, national and devolved. Yet the EU and its predecessors have certainly shaped the system. EU structural funds have been important tools for trying to counter-balance the spatial unevenness of development – and a game changer in certain regions. The EU has supported cross-border and European-scale thinking in planning and infrastructure. EU membership has also shaped aspects of planning regulation, underscoring rights to participation and information, and strengthening the environmental standards that development must meet. Planners and developers are also concerned about the economic viability of development, and thus the effects of Brexit on the macro-economic picture and the availability of investment funds.

It’s a heady mix, and with so much uncertainty surrounding the form of Brexit, the planning profession might regard ‘wait and see’ as a logical position. But as the clock ticks down, the question ‘what happens next?’ looms ever larger – doubly so if a ‘no deal’ Brexit torpedoes the proposed 21–month transition period.

The Royal Town Planning Institute (RTPI), the main body representing professional planners in the UK, is turning its attention to the prospective future relationship between the planning system and EU environmental regulation. A recent study for the RTPI identified ten EU environmental directives as being particularly relevant to planning, covering air, water, waste, nature conservation, the marine environment and environmental assessment. How far future governments might be free to change this legislation depends on the evolving shape of any Brexit deal. Domestically, there are also conflicting narratives around the place of the environment within Brexit Britain, with arguments that the process is either a golden opportunity to roll back enterprise–stifling environmental regulations, or alternatively claims that the UK can become ‘a world-leading protector of the natural world’. The government’s Chequers White Paper of July 2018 proposes ‘no regression’ on existing EU regulations, but only in those areas seen as relevant to frictionless trade – air quality, water pollution and waste management. This leaves much else up for grabs.

Informed by this context, and to stimulate thinking about future agendas, the RTPI has commissioned a research team from the universities of Cardiff, Dundee, Liverpool, Stirling and Queen’s University Belfast. The first phase of the research has been examining the scope for any notional improvement, or simplification, in the way that environmental standards are achieved by planning, and especially whether there is duplication between environmental and planning regimes.

One interim finding is just how little thought has been given to alternative ways of organising the interface between planning and the environment, with the last major assessment coming from the Royal Commission on Environmental Pollution 16 years ago. While some commentators have become exercised about EU ‘red tape’, in practice such concerns have been directed to a relatively small number of directives, and critics may be seeking very different things. Within the environmental sector there is a vigorous discussion about how to improve particular instruments, such as Environmental Impact Assessment, but rarely are prospective adjustments to EU legislation part of the mix.

So, wherever we might be heading on planning and environment there are no ready-made blueprints out there – and in light of this, the next phase of the project will be to explore possible scenarios.

Scenario 1 – a tighter, greener framework. One possibility would be to rework and improve the system of environmental standards inherited from the EU – for the quality of water, air, and wildlife – and tighten the links to planning as a means of delivery. Such an agenda could support requirements for external regulatory alignment with the EU that might be required for trade purposes and also uphold government promises of a ‘Green Brexit’. In England, the government’s 25 Year Environment White Paper proposes moves in this direction, though the eventual enforcement powers of related new legislation such as the proposed Environmental Principles and Governance Bill will also be significant.

Creating clearer environmental goals may also impact planning processes and inject new purpose into planning. This might address claims that the purpose of the planning system is often unclear, notably when compared with EU legislation, which is characterised by clear statements of purpose and environmental principles. Building clearer environmental goals into planning could be a way of enabling procedures for assessing the environmental impacts of projects and plans – Environmental Impact Assessment and Strategic Environmental Assessment – to focus on the most important outcomes. Exploiting any future loosening of EU procedural requirements could see the paperwork around planning streamlined, though whether this would deliver a substantively greener framework is unclear. Certainly a key challenge for this scenario would be how to create a legal culture more comfortable with assessing whether outcomes have been achieved, rather than procedural compliance.

Scenario 2 – a more pro-development, flexible, and leaner framework. Another scenario is that the UK leaving the EU could present an opportunity for weakening environmental standards, or for allowing more exceptions in their implementation. Planning matters here because, while many environmental standards are determined in domains outside the planning system, it is often in planning arenas where claims about the costs of meeting EU standards are have been most sharply debated – whether it is conserving European wildlife sites, or the interface between development projects and air quality goals (for example, in the case of Heathrow’s third runway). Since the 1980s, successive governments have talked of ‘lifting the burden’ of, or ‘streamlining’ planning, to deliver a leaner, more efficient and responsive system that fosters productivity and economic growth. Today some advocates of Brexit argue that greater regulatory flexibility will deliver dividends for innovation, global competitiveness and affordable housing. The planning system will be a key arena for the examination of how such claims and the trade-offs they imply might work out ‘on the ground’, for example, in terms of environmental impacts.

Any future thinking must also acknowledge devolution. Planning is a highly devolved function, environment too, with devolved governments in Belfast, Cardiff and Edinburgh already taking policy in very different directions to Westminster. A single UK position on the future environmental dimension of planning seems unlikely, and land-based issues have not been seen as requiring ‘Common Frameworks’ to establish consistency across the UK. However, a governance gap exposed by Brexit is the weakness of mechanisms for coordinating the policy agendas of the UK’s constituent nations. EU membership created a shared framework for environmental governance and the enforcement of standards, but outside this the scope for divergence increases, raising questions about compatibility, collaboration and competitive pressures.

Planners are used to handling multi-dimensional problems, and the planning system has long been caught up in wider debates about effective regulation, the public interest and the UK’s constitutional order. But Brexit raises the stakes on all of them.

Richard Cowell is Professor of Environmental Planning at the University of Cardiff.

Olivier Sykes is a Lecturer in European Spatial Planning at the University of Liverpool.

Geraint Ellis is a Professor in the School of Natural and Built Environment, Queen’s University Belfast.

Thomas Fischer is a Professor of Geography and Planning at the University of Liverpool.

Anthony Jackson is an Honorary Research Fellow at the University of Dundee.

Thomas Muinzer is a Lecturer in Law at the University of Stirling. 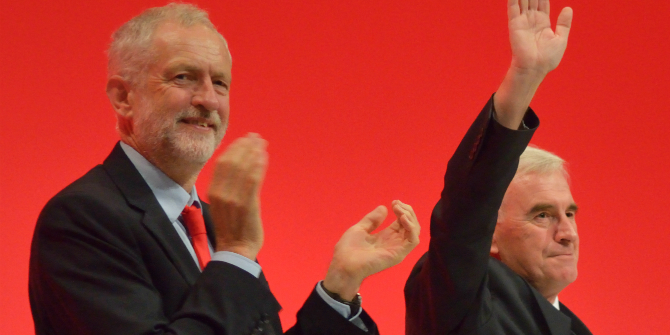 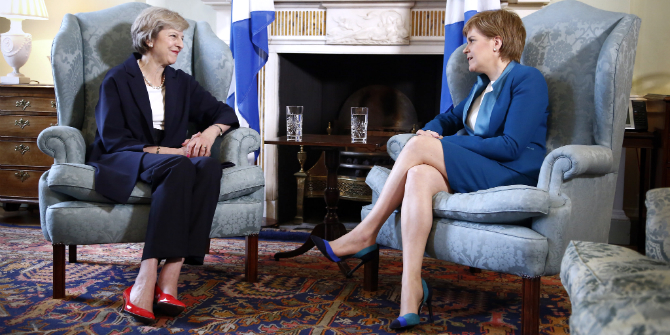