Will central bank independence in the UK fall as a consequence of Brexit? As Hjalte Lokdam (LSE) explains, Brexit represents a political shift that is likely to affect the structure of the British governmental apparatus. The role of the executive will undoubtedly be strengthened, and if the already considerable difficulties associated with exiting the EU are compounded by a recession, an either Conservative or Labour government may find it expedient to thwart the independence of the UK’s central bank.

Will central bank independence in the UK, as some have predicted, fall as a consequence of Brexit? Given the general uncertainties clouding HM government’s ‘plans’ for Brexit and beyond, the obvious answer is, as ever when it comes to Brexit, who knows? While it is impossible to answer the question with any degree of confidence, some considerations as to whether there is a relationship between Brexit and the independence of the Bank are nevertheless worthwhile. Brexit represents a shift in the dynamics of British politics, a shift that is likely to affect also the structure of the British governmental apparatus. Since the Bank of England forms part of this, its status may be subject to reconsideration; if not in the immediate context of Brexit, then in the difficult and drawn-out process of reconstituting the institutional architecture of the British state that is sure to follow whatever deal is (not) struck between the UK and the EU.

The most immediate answer to the question is, nevertheless: why should it? The Bank’s independence is, after all, not a product of EU law but based on an act of Parliament. Yes, central bank independence is enshrined in the EU Treaties. But the British opt-out from the Economic and Monetary Union means that the UK is and always has been free to do as it pleases with its central bank as far as the EU is concerned. Like many other central banks around the world, the Bank was made independent in the 1990s. Both the European Central Bank’s and the Bank of England’s independence were products of the same ideological winds that swept the world of central banking at the time and which remain powerful in both mainstream economics and monetary policy-making. In the UK, Blair and New Labour took credit for making the Bank independent, but the transition had already been prepared under Major. In the two decades since then, central bank independence has been, more or less, a non-issue in both main parties. Why then, should Brexit affect the Bank’s independence? If Parliament so desired, it could and can alter the status of the Bank as it sees fit and Brexit should not, in principle, have any bearing on the matter. Changing perspectives within the political parties might, but not Brexit as such. 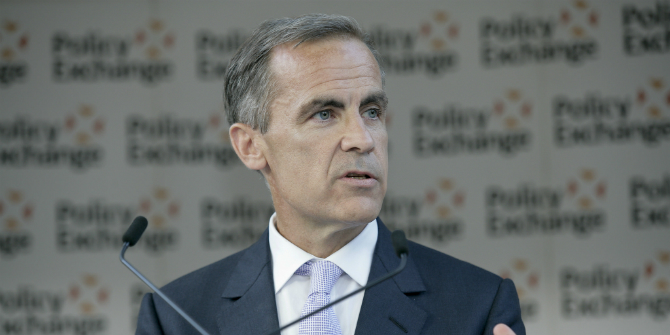 A more politically thorny question is what effect the anti-elite and anti-expert impetus of the Brexit vote will have on central bank independence in the future. Memorably, the independent judges of the High Court in the Miller case were branded ‘enemies of the people’ by the Brexit media  Similarly, economic experts, including the Bank itself, who have published or otherwise expressed concerns about the state of the UK economy following Brexit have been lamented for not respecting the people’s vote and being overly pessimistic and so on. If such political sentiments become the order of the day, central bank independence might well be threatened. However, while the UK has seen Brexit emerge as a more or less ‘empty signifier’ uniting disparate and often contradictory political claims and grievances, such critiques of independence and expertise, in general, are independent of the UK’s the legal and political divorce from the EU. In recent years, populist movements across the world have worked to stifle the independence of a number of the traditional pillars of liberal democracy: the press and the judiciary most conspicuously, of course, but also central banks, which are increasingly also included in the pantheon of the guardians of the liberal order. While the Bank’s pro-remain stance may make it an obvious target of populist resentment, this is not the effect of Brexit as such. Rather, both Brexit and the threat to central bank independence are probably consequences of political dynamics that have emerged in a wide number of countries. Their consequences more broadly are probably also much more sinister than the end of central bank independence alone.

The conclusion seems to be that whatever central bank independence may be threatened by, in the UK and beyond, it is probably not Brexit as such. This, however, may be too hasty a conclusion. The EU may not have required the independence of the Bank, but it is itself an elaborate structure of independent governmental authorities. As a number of prominent scholars, including the Irish political scientist Peter Mair and the French sociologist Antoine Vauchez, have noted, the EU is to large extent governed on the basis of the principles of independence and expertise. Concentrating decision-making with regard to issues of common concern in independent authorities at the EU level can, according to the theory behind it, make the achievement of shared objectives much more effective. Presumably, Brexit would mean the repatriation of a number of those powers (‘take back control’). But as the conflict over the distribution of those powers between the devolved governments and Westminster attests to, the question of how to do so is unresolved. Such issues are difficult not least because EU membership has arguably amounted to a quite extensive constitutional transformation of the UK; a ‘(surreptitious) constitutional modernisation,’ in the words of Martin Louglin.

Brexit is thus bound to have tremendous consequences for the way in which the exercise of governmental power is organized. On current indications, the direction of such change seems to be towards centralization in Whitehall departments, at least in a transitional phase. Furthermore, it is not only the institutional make-up of the British state that is put into question but also the UK economy and its growth model. Reconstructing the political and material constitution after Brexit is bound to be a drawn-out process; a state of exception of sorts in which the role of executive power is emphasised (e.g. through Henry VIII-clauses). If the already considerable difficulties associated with this process are compounded by a post-Brexit recession of some magnitude, it is not obvious that a sitting government, whether Conservative or Labour, will find central bank independence conducive to achieving its aims. In that sense, Brexit might indeed constitute a threat to central bank independence.

Hjalte Lokdam is a PhD candidate in political economy at the LSE’s European Institute. 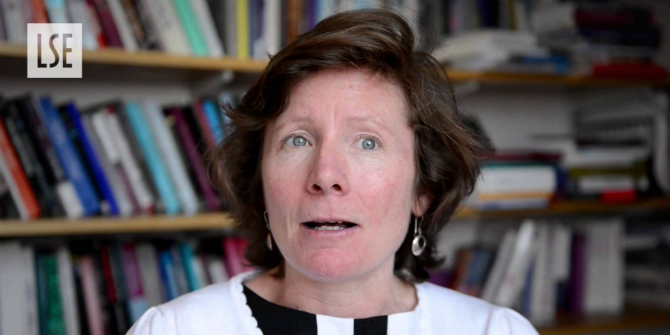