The UK has long been at the forefront of European cooperation against cross-border crime and terrorism. However, the European Arrest Warrant and the UK’s extradition relations with the EU will be greatly affected by Brexit. The Salisbury poisoning is an especially poignant reminder of the importance of establishing future relations in this regard, writes Auke Willems (University of Liverpool). He argues the most desirable option in terms of legal certainty and maintaining efficient cross-border law enforcement is a multilateral UK-EU extradition agreement. To achieve this though, some resolve will be required.

The importance of the European Arrest Warrant and the UK’s extradition relations with the EU has been underlined once again by recent developments in the Salisbury case. Two Russian nationals were named as suspects of the poisoning. Theresa May accepted that it is unrealistic Russia will ever extradite these two individuals to the UK, but in case they would ever set foot on EU territory, the Government issued a European Arrest Warrant. The European Arrest Warrant is the EU’s mutual recognition-based fast track extradition mechanism, frequently used by the UK. According to the National Crime Agency, between 2010 and 2016, almost 1,000 fugitives from justice had been returned to the UK, and between 2009 and 2017, almost 10,000 fugitives had been returned to other member states by the UK. Furthermore, UK law enforcement frequently use the so-called Schengen Information System (last year 539 million times), an intelligence database for example used to transmit European Arrest Warrants. The National Crime Agency has called for continued cooperation with the EU ‘to keep people in the UK safe’.

In the frame of Brexit negotiations, both sides have emphasised the significance of extradition (and security cooperation more broadly). Theresa May has repeatedly underlined the importance of the European Arrest Warrant, and Chequers aims for ‘a new relationship’ underpinning security; Michel Barnier has been clear he wants an agreement on security and is ‘ready to build an ambitious partnership’. Even at the recent Salzburg summit, where the EU27 rejected May’s Chequers plans, security appeared to be the one topic where a deal is within reach (Merkel for example said: ‘in certain areas very close cooperation is possible, namely in the areas of security’). However, the topic has not been prioritised by negotiators, and at times seems to get buried under by other key issues such as future trade relations and the question of the Irish border.

Following these expressions of ambition, it is now time to make progress. For the sake of (legal) certainty – the European Court of Justice has recently saved the UK’s participation in the European Arrest Warrant pending Brexit negotiations, following questions by an Irish court in RO. But equally important (or even more so) is safeguarding security as well as fundamental rights. However, what should also be clear is that whatever agreement will be reached, this will be a different type of extradition relationship. The goal expressed by May to remain in the European Arrest Warrant simply cannot be delivered. The EU cannot include a non-member in a scheme that builds heavily on the EU’s legal framework. Moreover, the EU fears this would jeopardise civil liberties. A further difficulty is that while the European Arrest Warrant orders the extradition of nationals, a large number of member states are constitutionally barred from doing so outside the EU. Finally, the EU has taken a principled position in the negotiations, and has maintained that ‘cherry-picking’ will not be allowed (as I argued earlier, the current arrangement the UK enjoys allows for pretty much exactly that). 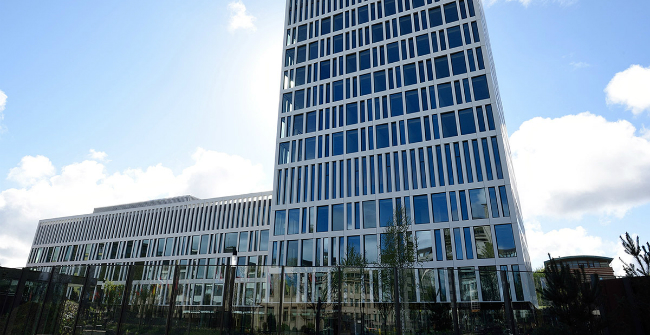 With that said, a number of options remain.

The most desirable option in terms of legal certainty and maintaining efficient cross-border law enforcement is a multilateral UK-EU agreement. The EU has several such deals, for example with the USA, and a more advanced agreement with Norway and Iceland (to a large extent mirroring the European Arrest Warrant). The latter deal is often referred to as an example, but it should be remembered that both states are Schengen members, and yet after 13 years the agreement is still not operational. This as an illustration of the difficult road ahead.

There is also the option of bilateral agreements, allowing the UK to focus on key partners (and areas) first. For example, between 2010 and 2016 the UK extradited 5,232 individuals to Poland with just six to Luxembourg, and 246 individuals were extradited to the UK by Spain, while it received five from Finland, underlining the diversity of bilateral relations. But there is a downside here, this would result in a large decrease in efficient EU-wide cooperation, and it creates the risk of safe havens where criminals could reside outside the reach of British authorities.

Finally, the ‘no-deal’ option in this area would mean falling back on the 1957 European Convention on Extradition. This Treaty, ratified by all Council of Europe members, was a modern extradition treaty at the time. But, this model operates under the ‘request principle’ (rather than the European Arrest Warrant’s ‘demand model’), and is therefore slow and cumbersome with procedures often lasting years. Mindful of its limitations, this is a fully operational and complete extradition treaty, hence there is no falling off ‘cliffs’ here where the UK would be left without a legal fall-back.

The real questions for now are: what is the real level of ambition on both sides, and what is the remaining level of mutual trust required for criminal justice cooperation? The EU has made clear that the agreement on the ‘future relationship’ can be as short as five pages. Such a document would set out the broad direction of future talks, details of which must then be resolved within the transition period (the EU maintains the position that Article 50 cannot serve as legal basis for the future relationship, this can only be negotiated once the UK has formally left). During the transition period, until the end of 2020, the European Arrest Warrant remains active (note that member states may refuse to extradite their own citizens, to which the UK could respond in kind). If no deal is reached, and transition will not take place, then the fall-back option will be triggered – the European Convention on Extradition.

In sum, both sides have repeatedly underlined the importance of extradition (and security more broadly), most recently symbolised by the Government issuing European Arrest Warrants for the Salisbury suspects in its final half year of Union membership, and the European Court of Justice in RO confirming that the UK remains a full member until Brexit. Yet, we do not see real progress being made. This might not come as a surprise as it mirrors the lack of progress on Brexit more widely and the idea that the negotiations are regarded as an inseparable whole (the ‘nothing is agreed until everything is agreed’ mantra). But in an area where security and fundamental rights are at stake, this is disappointing to say the least. Ultimately, it cannot be the intention of Brexit to benefit criminals by falling back on outdated law enforcement tools. The UK has always been at the forefront of European cooperation against cross-border crime and terrorism: it was the main driver behind introducing mutual recognition to the area, and is one of the most frequent users of the European Arrest Warrant and the Schengen Information System. Some resolve is required to maintain that role. A new pragmatism zeroing in on areas where agreement is within reach could represent the progress long needed. In turn, a success on one front could potentially break the deadlock and create the momentum needed to open up negotiations in other areas as well.

Auke Willems is a Lecturer in Law at the University of Liverpool and a Guest Teacher at LSE’s European Institute. He tweets @WillemsAuke 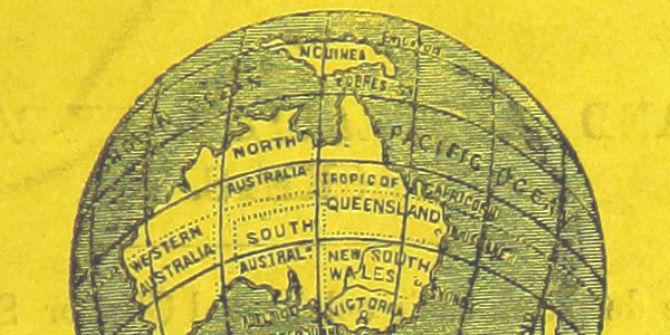