Paula Hill, Adriana Korczak and Piotr Korczak (University of Bristol) analyse which firms and sectors have been most affected by the political uncertainty associated with Brexit. They discuss how those results can help understand corporate decisions made since the referendum.

As of early March 2019, we still do not know the terms on which Britain will leave the EU, and there is uncertainty about when it will happen. What we do know is that British firms have been negatively affected by the unprecedented uncertainty created by Brexit. This uncertainty is related to a wide range of government policies, including – but not limited to – foreign trade, immigration and regulations. Different firms and sectors are affected by Brexit to a different extent and while some are hit hard, others seem to be fairly resilient.

In our recent paper we look at companies listed on the London Stock Exchange and estimate how Brexit affected their stock prices. Specifically, we measure how stock prices changed during the referendum period in response to changes in public opinion about the probability of a vote to leave the EU. We calculate this probability from bookmaker odds. Stock prices reflect expectations of firms’ performance over the long run and hence our results show investors’ assessment of the long-term impact of Brexit on UK firms. For the average firm, Brexit is associated with a value loss of 16.4 per cent against a hypothetical no-Brexit scenario.

We identify some clear differences in the impact of Brexit across firms. First, we find that domestically-focused firms are most negatively affected. Over the two days after the referendum, the prices of companies with a high domestic focus dropped by 20.8 per cent, on average, while the decrease was a more modest 8.2 per cent for companies with a high level of internationalisation.

Although UK-based multinational firms benefited from the weaker pound after the referendum, the beneficial effect of internationalisation goes beyond the currency effect. Multinational firms are more resilient to shocks in one particular country because the international spread of operations offers a hedge against business exposure in any one market and operations can be more easily shifted across countries. For UK companies, the benefits come mainly from internationalisation beyond the European Union, in line with the likelihood that the negative effects of Brexit will spread to the rest of the EU, coupled with the uncertain post-Brexit trading relations between the UK and EU.

Second, we show that faster-growing firms and firms with higher growth opportunities are more vulnerable to Brexit uncertainty. Growing firms require uninterrupted investment, and investment is strongly affected when future policies are uncertain. Firms are unable to plan for the longer term, and investment is cancelled or put on hold. We also document that larger firms are more affected by Brexit, as are less profitable companies.

Clear patterns also emerge at the sector level. Financial companies are the most exposed to Brexit uncertainty across all sectors we analyse. The Brexit exposure of financials is 50 to 60 per cent higher than the exposure of the average firm in the sample. Among financial firms, banks are particularly affected. Brexit affects financial companies through different channels. One such channel is uncertainty about the ability to serve EU customers from London after Brexit, currently covered by passporting rights. Another is the effect of the slowdown in investment by UK companies, reducing the demand for financing.

Two further sectors which we find strongly affected by Brexit are consumer goods and consumer services. These sectors include housebuilders, retail and travel and leisure companies. The negative impact of Brexit on these firms is likely to reflect investors’ worries about consumer confidence and spending related to Brexit-driven uncertainty.

Comparing our findings based on pre-referendum data with the business reality in the UK since the referendum, it is striking how well investors were able to foresee the impact of Brexit on UK firms. The average negative impact of Brexit on the value of British firms is confirmed by the UK stock market performance since the referendum. Between 23 June 2016 and 31 January 2019, the broad FTSE All Share UK index underperformed the world stock market (FTSE All World index, measured in GB pounds) by 25.5 per cent. UK firms have performed worse than both US and Eurozone companies.

Our evidence that internationalisation serves as a good insurance policy explains why, according to a recent survey by the Institute of Directors, 29 per cent of UK companies have relocated, or plan to relocate some operations abroad due to Brexit uncertainty. Examples of internationalisation strategies can range from opening foreign subsidiaries, through investing in warehouses abroad, to relocating headquarters. Recently announced shifts in investment locations by global car manufacturers affecting UK plants are further examples. However, while internationalisation benefits companies and shareholders, it will negatively impact the UK job market and the economy as a whole.

The Brexit vote has had a very strong impact on corporate investment. Business investment fell for four consecutive quarters in 2018, the first time since the financial crisis, as reported by the Office for National Statistics. An October 2018 survey by the Confederation of British Industry indicates that 80 per cent of businesses consider Brexit uncertainty to have had a negative impact on their investment decisions. This will have an impact on the long-term growth prospects of UK firms.

We find that the financial sector is particularly affected by Brexit, and, not surprisingly, financial institutions have been very active since the referendum in introducing contingency plans, relocating staff, operations and assets. According to a survey by EY, 36 per cent of financial services firms, and 56 per cent of banks and brokerage firms, have relocated staff and operations overseas as a result of Brexit.

Macroeconomic data so far show a limited impact of Brexit on household spending, which unlike corporate investment, has been relatively stable, so the short-term impact on consumer-facing sectors is not apparent. However, there are pockets of the economy where the Brexit impact is felt. The housing market and the market for ‘big ticket’ purchases, such as cars or furniture is in decline, and there are warnings about the potential negative impact of Brexit uncertainty on hotel operators and airlines. Our results suggest that the market expects a longer-term negative impact of Brexit on consumer spending, which is likely to result when relocations and reductions in corporate investment start impacting local job markets and hence disposable income.

More than two and a half years since the referendum, there has been no lessening in the uncertainty faced by the UK corporate sector. The desire of businesses to reduce uncertainty explains why they were largely supportive of the government’s EU withdrawal deal, and why they are keen to avoid the uncertainty which would be associated with the no-deal scenario. At the same time, a recently announced option to delay Brexit but without a clear plan, and hence yet more uncertainty, unsurprisingly received a mixed reaction by businesses.

Paula Hill is a Reader in Finance at the University of Bristol.

Adriana Korczak is a Senior Lecturer in Accounting at the University of Bristol.

Piotr Korczak is a Reader in Finance at the University of Bristol. 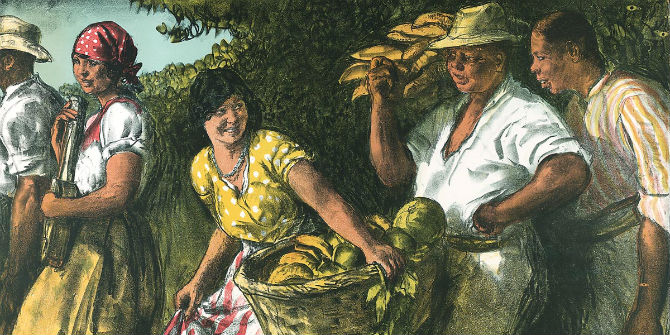 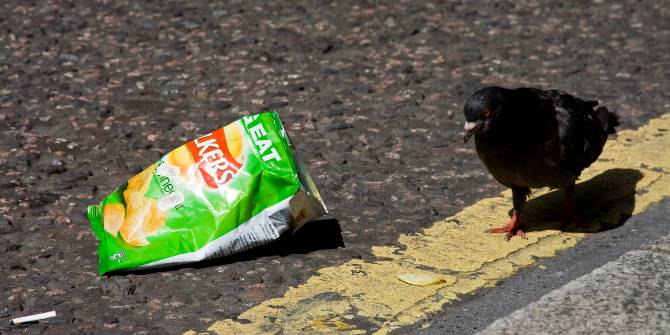