How does immigration feature in the accounts of Leavers and Remainers? Anna Gawlewicz (University of Glasgow) talked to 20 (largely) Scottish residents of the East End of Glasgow about the impact it had on their voting preferences and understanding of Brexit.

In the East End of Glasgow, Brexit may not be the number one concern. It is a place of contrasting forces: deprivation, health issues and history of sectarian violence on the one hand; regeneration, investment and gentrification on the other.

Unlike the UK as a whole, in the 2016 Brexit referendum Scotland and Glasgow voted largely to Remain (62% and 67% respectively). Glasgow East also voted to Remain. Yet, compared to other constituencies it had most Leave voters (44% vis-à-vis 22% in Glasgow North, 28% in Glasgow South and 30% in Central). With a diversifying population, including sizable migrant and minority ethnic communities, it is an interesting place to collect Brexit stories. Insights from various places allow us to understand why the decision to leave the EU was made and how it may affect diverse UK communities.

I’ve been researching the East End since early 2017 by focusing on encounters and community relations involving the long-settled and migrant populations. As part of this, I spoke to 20 predominantly Scottish British residents about their responses to Brexit. All of them voted in the EU referendum: 16 to Remain, three to Leave, and one who was unable to recall his choice.

We discussed Brexit between July 2017 and April 2018, so roughly one to two years after the EU referendum. The timing of these interviews is important. Heated debates and strong emotions had partly settled by then, as negotiations with the EU were not moving forward. Because of that, there was a widespread sense of fatigue among research participants. While a few believed that Brexit might affect them or their families, most claimed that they hadn’t noted significant changes in their everyday life and were fed up with the never-ending political impasse. They wanted to move on.

Across 20 participants, I collected a full range of responses to Brexit from strongly opposing to ambivalent to supportive. In contrast to research on issues important to EU voting, immigration was rarely cited as a driving force in their voting preferences. Remain voters in the sample spoke of the benefits of being part of the EU, the significance of free movement of people and a sense of belonging to Europe. They largely believed that the Leave campaign was driven by disinformation and populist sentiments.

Leave voters, on the other hand, expressed disenchantment with the EU as a political structure, viewed it as overly bureaucratic, expensive and corrupt, and felt that it had too much power over British issues. They also emphasised their disappointment with the status quo, in particular the Scottish government, and the need to prioritise national health and welfare systems. On both sides, motivations to vote were, indeed, complex and often intertwined with personal or family stories – for example, Iona’s story of her aging mother suffering for lack of medical resources in a local hospital.

But despite being rarely cited as key to voting preference, immigration featured prominently in wider Brexit stories. This is how.

Many of these participants sympathised with EU citizens in the UK and argued that immigrants were made to be the scapegoat in public and political debates. Some, like Kevin, recognised their contributions to Scottish economy, society and local communities.

It was easy to blame incoming communities for taking jobs. (…) With my 97-year-old mother, I worry about how sustainable services will be with the erosion of young Polish, Romanian, Lithuanian people (…). People who work extremely hard and come along and fill in major gaps in the employment market. (Kevin, 50-54, M)

A few Remainers commented on the politics of the Brexit vote and, like Tony, noted that different social groups, including minority ethnic population, were split about Brexit. This reflects ongoing debates about the Leave vote being delivered by a diverse electorate.

Our Asian neighbours were voting to leave. When I asked them why, they said ‘Oh there’s too much immigration. They’re taking our jobs.’ (…) So we had a few arguments. (…) The Brexit vote wasn’t only white British against all the others. It was kind of split as well within ethnic communities. (Tony, 65-69, M)

Finally, a small number of Remain voters, such as Leah, were quite ambivalent about Brexit. Yet, they still voted to remain because they viewed the vote to leave as an expression of racism and anti-immigration prejudice. These participants also tended to acknowledge that Brexit created divisions within Scottish and wider UK society.

I have a really weird relationship with Brexit. I was a remain voter only because I felt the campaign was hijacked by the racists. (…) If I’d have said I was a leaver, I’d be tied into (…) racist anti-immigration. (Leah, 35-39, F)

None of these participants claimed that immigration was related to why they voted to leave the EU. Like many Remain voters in the sample, one Leaver also sympathised with EU citizens. The other two – Donna and Des – had more radical views. Donna, who lived in a relatively diverse area of the East End and had friends and neighbours of migrant and minority ethnic background, seemed to buy into the well-known rhetoric of ‘good-bad migrants‘. She considered her friends and neighbours to be ‘good migrants’ and spoke of their important contributions to Scottish society, and how hard-working they were. But, simultaneously, she juxtaposed them with those she imagined as ‘bad’.

There are migrants who have every intention of coming in, working and making a better life for themselves and their families. Great, all power to them. And then there are migrants who come because of the benefits that they can receive here. That annoys me. If you’re coming to make the country better, come. If not, I feel we’re already on our knees. (Donna, 30-34, F)

Des, on the other hand, claimed to be supportive of immigration and believed that Scotland needed ‘new blood’ and hands to work. And yet he produced highly problematic ‘ethnic hierarchies’ between different migrant groups that he had encountered.

If you go in the underground as a senior citizen, Japanese are the best, Chinese second best for getting up: ‘you can have my seat’. I’m not saying I want a seat, but these are different attitudes. (…) Arab nations don’t seem to, they don’t want to integrate. And we shouldn’t be bending over backwards to help them. I think the East European people, they’re more like us: they like their football, they like their drink. (Des, 75-79, M)

‘We rely on migrants’

The prominence of migration in these stories should not be surprising. Brexit cannot be separated from migration (and race and class among others). In this sense, the East End stories may be illustrative of many other UK geographies. But they are also, arguably, distinctive. The Scottish government has consistently expressed a supportive stance towards migration, and social campaigns such as Scotland is Open and We are Scotland have emphasised migrant contributions to Scotland’s economy, society and transformation. While often unacknowledged, these narratives echoed in the East End stories that I collected. As one of research participants concluded: ‘We’re a small island country, we rely on migrants’.

This post represents the views of the author and not those of the Brexit blog, nor the LSE. This blog draws upon her research project ‘Living together in the context of Brexit: Migrant-‘host’ encounters in the East End of Glasgow’ (Mar 2017 – Dec 2019) funded by the Urban Studies Foundation. 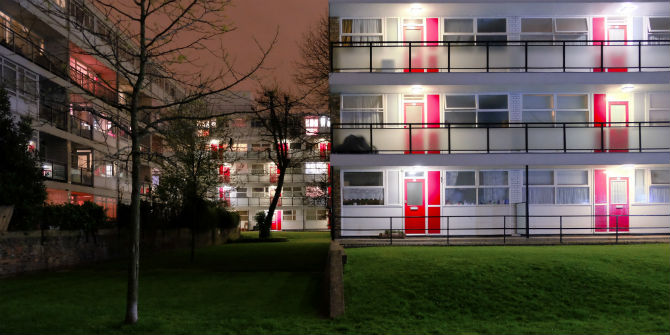 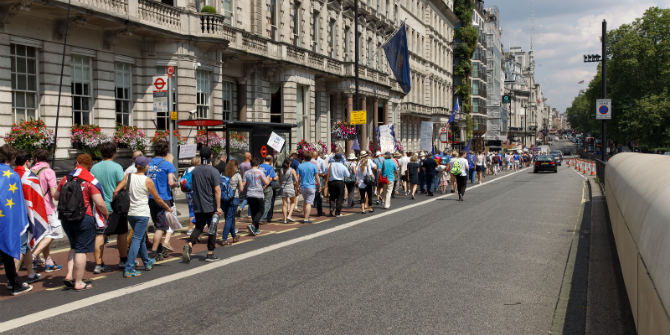