The UK’s decision to leave the EU in the June 2016 referendum was a largely unexpected event that has generated a large, broad, and long-lasting increase in uncertainty. It has also affected some firms more than others depending on the strength of their links to Continental Europe. This column exploits these features and uses a major new survey of UK firms to show that the anticipation of Brexit has already made its mark on the UK economy. It has gradually reduced investment by about 11% and decreased productivity by about 2% to 5% over the three years since the referendum, write Nicholas Bloom, Philip Bunn, Scarlet Chen, Paul Mizen, Paweł Śmietanka, and Gregory Thwaites.

More than three years have passed since the EU referendum, but uncertainty surrounding the process of the UK’s withdrawal from the EU has not abated (Crowley et al. 2019). Indeed, since our earlier article in Autumn 2018 (Bloom et al. 2018), Brexit uncertainty appears to have risen further. To gauge the level of uncertainty that companies are facing due to Brexit, we use data from the Decision Maker Panel (DMP), which is a large and representative monthly survey of UK firms. The survey was launched in August 2016 and now regularly receives around 3,000 responses a month. Data from the DMP match up well with both audited accounting data and official aggregate data from the Office for National Statistics (ONS). Both validate the quality of the data. Our key uncertainty measure from the DMP is the share of firms who rate Brexit as one of the top three sources of uncertainty for their business. We define this as our Brexit Uncertainty Index (BUI). The BUI is plotted in Figure 1. It shows that uncertainty was high after the June 2016 vote: about 40% of firms rated Brexit as one of the three main drivers of uncertainty at this point. This rose further when the EU rejected the UK’s Brexit proposal at the September 2018 Salzburg Summit. The EU and UK eventually reached an agreement in November 2018, but the UK Parliament rejected it. As a result, the BUI remained elevated in the run-up to 29 March 2019, when the UK was originally due to leave the EU. After agreeing to postpone withdrawal from the EU until 31 October 2019, uncertainty started declining. But it still remained higher than it was in the first two years after the referendum and it increased again in July 2019. Source: Decision Maker Panel and authors’ calculations. Notes: The results are based on the question ‘How much has the result of the EU referendum affected the level of uncertainty affecting your business?’. The line shows the percentage of respondents who view Brexit as ‘their top’ or ‘one of their top three’ sources of uncertainty. The remaining businesses reported Brexit to be ‘one of many’ or ‘not an important source of uncertainty for their business. Values are interpolated for months before August 2018 when the question about uncertainty was not asked. All values are weighted.

The BUI is one of just a handful of indicators directly measuring uncertainty. The index has risen since the Brexit vote as shown in Figure 1, but other commonly used measures of uncertainty have not. For example, stock-market volatility (used by Leahy and Whited 1996 and Bloom, for example), rose immediately after the Brexit vote but dropped back down within weeks. The Economic Policy Uncertainty index from Baker et al. (2016), which relies on stories in newspapers related to uncertainty, increased by six standard deviations in June 2016 but then drifted downwards. These more traditional measures of uncertainty are most likely to respond to uncertainty shocks where new information is revealed relatively quickly but they may be less well suited to capturing more protracted uncertainty shocks such as Brexit. Survey-based measures such as the BUI from the DMP may, therefore, be able to better capture the uncertainties associated with Brexit

Firms with stronger links to the EU have reported higher uncertainty

Figure 2 Characteristics of firms who are uncertain about Brexit Source: Bureau van Dijk FAME dataset, Decision Maker Panel and authors’ calculations. Notes: All EU exposure measures are for 2016 H1, just before the Brexit referendum. Charts show the average uncertainty per firm reported in the three years after the referendum. Missing values for uncertainty in a given year are imputed from a regression using time and firm fixed effects. See footnote to Figure 1 for the definition of the Brexit Uncertainty Index (BUI).

Before examining the impact of the Brexit vote, we also need to discuss what our Brexit uncertainty measure is capturing. As well as being more uncertain, data from the DMP suggest that firms more exposed to the EU were also more likely to expect that Brexit will negatively affect their future sales. This makes it hard to disentangle the first and second moment effects of Brexit. And so, whilst our analysis focuses around our Brexit uncertainty measure, which has a stronger relationship with EU exposure than our first moment metrics, we interpret our results as an overall Brexit effect that could include both first and second moment effects and not purely as an uncertainty effect.

We find that the Brexit process has had a negative impact on the investment decisions of companies in the UK in the three years since the referendum. The impact on employment has been more ambiguous. We combined firm-level data from the DMP with accounting data (that also allow us to cover the pre-referendum period) to examine the impact of Brexit exposure on firms’ decisions to invest and hire. We find that businesses with higher levels of Brexit uncertainty have experienced significantly lower growth in investment since the referendum compared to the period before the vote. We estimate that investment growth has been 3.8 percentage points a year lower, on average, than it otherwise could have been since the referendum. This translates into a reduction of approximately 11% in the level of investment over three years (see Figure 3). Our estimates suggest that the Brexit process can account for most of the slow-down in aggregate investment growth since the 2016 referendum.

Figure 3 Impact of the Brexit process on investment, employment and productivity in the three years following the EU referendum Source: Bureau van Dijk FAME dataset, Decision Maker Panel and authors’ calculations.Notes: Results presented here are based on regression analysis and difference-in-difference estimator. Productivity is defined as real value-added (operating profits plus total labour costs divided by the aggregate GDP deflator) per employee using accounting data. Productivity estimates include both within and between-firm effects.  Lower productivity estimate allows within-firm effects to vary by firm size, the higher estimate assume the effects are the same for firms of all sizes.

By year, we find that investment growth was significantly lower for firms more affected by Brexit uncertainty in the first year after the referendum, i.e. between 2016 Q3 and 2017 Q2, but less so in the second year. In the third year, the effects intensified again as the point at which the UK was due to leave the EU approached.Turning to employment, we find some evidence that Brexit has had a modest negative impact. But these effects are not statistically significant and are therefore more tentative than our results on investment (see Figure 3).

Brexit has been a drag on UK productivity

We also establish that firms that reported higher uncertainty had lower growth in productivity after the Brexit vote. One potential reason for this is the diversion of management time towards Brexit planning. Between November 2018 and January 2019, 10% of CFOs and 6% of CEOs reported spending six hours or more a week on Brexit preparations (see Figure 4). And over 70% of both CFOs and CEOs reported spending some time on Brexit preparations. We find a strong relationship between time spent preparing for Brexit and Brexit uncertainty. Source: Decision Maker Panel and authors’ calculations.Notes: The results presented here show responses to the question ‘On average, how many hours a week are the CEO and CFO of your business spending on preparing for Brexit at the moment? Please select one option for each for CEO and CFO: None; Up to 1 hour; 1 to 5 hours; 6 to 10 hours; More than 10 hours; Don’t know’. Results from November 2018 and January 2019 are shown. Don’t knows are excluded. All values are weighted.

There are also other possible explanations for the negative impact of the withdrawal process on productivity. For example, uncertainty could have reduced spending on intangibles like R&D, software and training. The anticipation of Brexit may also have reduced multinational investment and led to lower supplies of skilled foreign workers. We also examine the impact of the Brexit process on productivity through the between-firm reallocation channel – or the Brexit misallocation channel. We find that firms that were more productive prior to the EU referendum experienced greater levels of Brexit uncertainty (see Figure 5). As a result, more productive firms are estimated to have experienced greater reductions in size as a consequence of the Brexit process. One obvious explanation is that more productive firms have a higher propensity to trade. Thus, the UK’s decision to leave the EU is likely to have already led to a reallocation of activity away from more productive global businesses towards less productive domestic firms. The UK’s decision to leave the EU has generated a large and persistent increase in uncertainty. Even though the UK is yet to leave the EU, the withdrawal process has had real impact on businesses based in the UK. Investment is estimated to have been around 11% lower than it would have been over the three years following the referendum. Over the same period, the anticipation of Brexit is estimated to have reduced the level of UK productivity by between 2% and 5%. At least in part, this is because firms are committing several hours per week of top-management time to Brexit planning. But we also find evidence for a smaller negative between-firm effect too as more productive internationally exposed firms have shrunk relative to less productive domestic firms.

This post represents the views of the author and not those of LSE Brexit, nor LSE. It first appeared on CEPR VOX . Iameg CC0 Public Domain. The authors would like to thank the Economic and Social Research Council for financial support (grant number ES/P010385/1). Any opinions and conclusions expressed herein are those of the authors and do not necessarily represent the views of the Bank of England or its Committees.

Nicholas Bloom is the William Eberle Professor of Economics at Stanford University, a Senior Fellow of SIEPR, and the Co-Director of the Productivity, Innovation and Entrepreneurship programme at the National Bureau of Economic Research.

Philip Bunn is a Senior Technical Advisor at the Bank of England where he has worked since 2001.

Scarlet Chen is a PhD Candidate in Economics at Stanford University.

Paul Mizen has been a member of the faculty in the School of Economics at Nottingham since 1992 and is currently Professor of Monetary Economics and Director of the Centre for Finance, Credit and Macroeconomics.

Paweł Śmietanka is a Research Economist at the Bank of England, with a PhD from the University of Nottingham.

Gregory Thwaites is Research Director at WorldRemit, a part-time Research Associate at the Resolution Foundation and a visiting fellow in the LSE Centre for Macroeconomics. 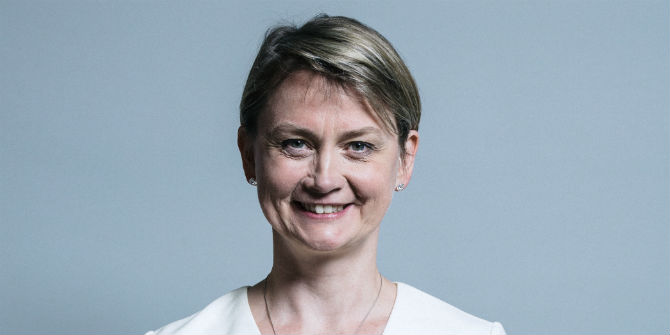 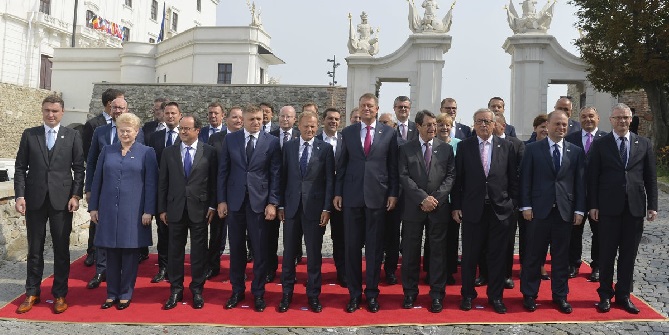