SC: You have said that looking at the end point of a debate is not an ideal way of understanding the wider discussion. This seems relevant in relation to economic policy today, where developing countries aspire to high and continuous growth. What’s your view on the current Indian government’s manner of pursuing growth?

AS: Let me make a clarification first. The point about the end point not being the only issue asks what were the counter arguments that were considered. What were the different points of view that may or may have not have been aired, even if the end point is correct? That only becomes relevant when you agree with the end point. In the case of the policy as it stands now, that is not the case. I think the end point is wrong. The argumentation process is wrong as well, but there are two distinct issues here.

India is the only country in the world which is trying to become a global economic power with an uneducated and unhealthy labour force. It’s never been done before, and never will be done in the future either. There is a reason why Europe went for universal education, and so did America. Japan, after the Meiji restoration in 1868, wanted to get fully literate in 40 years and they did. So did South Korea after the war, and Taiwan, Hong Kong, Singapore and China.

The whole idea that you could somehow separate out the process of economic growth from the quality of the labour force is a mistake against which Adam Smith warned in 1776. It’s an ancient danger, and he might have been right to think that the British government at the time did not pay sufficient interest in basic education for all. Unfortunately that applies today to the government of India as well. It doesn’t acknowledge the relevance of the quality of human labour.

That is the foundation of their mistake, their conclusions therefore are wrong. For example, they are trying to go suddenly for everything to be done by cash, which is meant to be an experiment. In one of his first interviews after winning the Nobel Prize this year Angus Deaton said this is purely an experiment, but it’s an experiment with the lives of the poor. And I’m afraid I agree with him, and his scepticism toward it. There was a reason why someone as intensely keen on the market economy as Adam Smith thought the government has to make the country fully literate; this is something the government can do. America is meant to be very anti-government but every American has a right to primary school education paid for by the government, you’re picked up from your home by government buses, delivered to your state school and educated there.

India is trying to be different from America, Europe, Japan, Korea, Hong Kong, Singapore, Taiwan, Singapore, China – all of them. This is not a good way of thinking of economics. So, foundationally, the government’s understanding of development that underlies their approach is mistaken. Having said that, the previous government was terribly mistaken too. But one hoped there might be a change, and there has been, but not for the better. All the sins of the past government have been added up.

SC: Do you see the current challenges to secularism in India as a threat to the country’s economic progress?

AS: Recently Raghuram Rajan, governor of the Reserve Bank (of India) said that economic goals require a tolerant economic climate and I think he is basically right. I’ve done no independent research on that, my dislike of the lack of tolerance is because it is terrible for human beings and the society, but I respect Rajan enough to think he is also right.

AS: No – the goddess’ thoughts were not entirely independent of my thoughts! It hasn’t. But you have to recognise that if the Chinese decide that things are going wrong they can make changes quickly. In 1979 they privatised agriculture with enormous success. China in the 1980s grew faster in agriculture than any country has ever grown. And they privatised quite a lot of other industries with great success. But they also eliminated universal health insurance for all, by simply abolishing the thing, and the Chinese health progress faltered. In fact between 1979 and 2004 China steadily reduced the gap between itself and India in terms of life expectancy. There was a 14-year gap to begin with; it fell to six or seven years. Not that India was doing anything right, but the Chinese were doing more things wrong. But then the Chinese recognised the issue around 2002. By 2004 they had changed it. By 2009 they could bring in a scheme of universal healthcare and by 2012 they are well in the 90s in terms of percentage coverage of health insurance. China is  able to do that if ten people at the top are persuaded.

In India, ten people is not sufficient. You have to carry the population. Against the blast of propaganda that happened in the general elections last year – fed on one side by the activism of the Hindutva Parivar, and the other side by the gigantic money of the business community – it is slow to correct ongoing deficiencies. It is very fast when there is a crisis. So if there is a famine threatening, India could stop it straight away. If there is the threat that a cyclone in the Bay of Bengal would kill a million people, they can move two million people away from the coast because all the Indian apparatus comes into force. But if you want to change the system, spend more money in state schools, state hospitals, provide health coverage for all, that requires convincing the people. The rhetoric has been so badly distorted in India that most vocal Indians – which tend to be the upper classes – don’t even recognise how bad the healthcare is for the bulk of the Indian population.

So I have never wavered my faith in ultimately democracy as the most stable way of doing things. On the other hand, are there big changes the non-democratic system of China can bring about much more quickly? Yes.

SC: India has a lot of lessons to give the rest of the world and vice versa, but you write about how India can learn from itself. Could you tell us more about that?

AS: Look at Kerala’s policy for universal education and universal healthcare. The Communist Party first came into office in 1957; they declared their policy in 1960. In 1963 I was in Delhi teaching in Delhi School of Economics and people would ask me, “Do you think it’s feasible?” I would say, “absolutely feasible”. Primarily for one economic reason, namely that you need far less money than you would need in, say, Britain to provide that level of healthcare and education.

This argument is not very sophisticated but on the other hand it could make a dramatic difference between life and death. Many of my colleagues at the Delhi School of Economics said that I was just leading people up the garden path. As an economist I should criticise them, because Kerala was the third poorest state in India then. How could they afford it? And my claim was the economic argument. Also there being externalities and the “public good feature” as economists call it. I was certain that on top of that, for reasons which we began with, that the policies would also stimulate economic growth and development. In the latest round of national sample survey, if you put the urban and rural together, Kerala has now the highest per capita income in the whole of India. I would have thought that some people who said I was leading people up the garden path would now tell me that they were mistaken. Have I got such statements? I’m afraid I have not! Am I happy that my expectations have been fulfilled? Yes, very happy indeed. Not for myself, that’s a trivial thing. But the fact that a people-friendly education and health policy could make a difference, not only to their lives – which happened immediately, life expectancy shot up in Kerala straight away – but also ultimately to economic growth.

Amartya Sen is Professor of Economics and Philosophy at Harvard University, having previously worked at the London School of Economics, Cambridge and Oxford universities, Jadavpur University Calcutta and the Delhi School of Economics. His research interests include economic and social choice theory, ethics and political philosophy, welfare economics, decision theory, development economics, public health, and gender studies. His books have been translated into more than thirty languages, and his many awards include the Nobel Prize in Economics.

Taryana Odayar is the Features Editor of the LSE Student Newspaper, and is currently studying for a BSc in Politics and Philosophy. She is the author of ‘Syria; A Fragmented National Identity’ which was published in the Houghton Street Review. 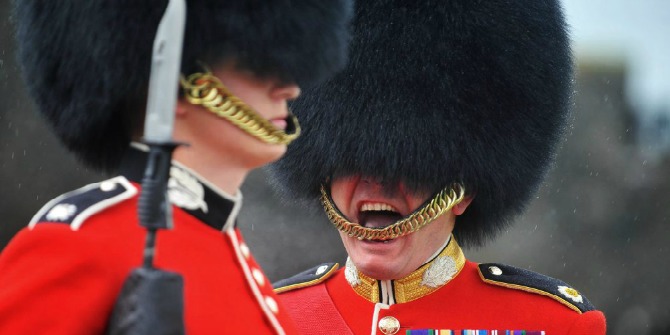 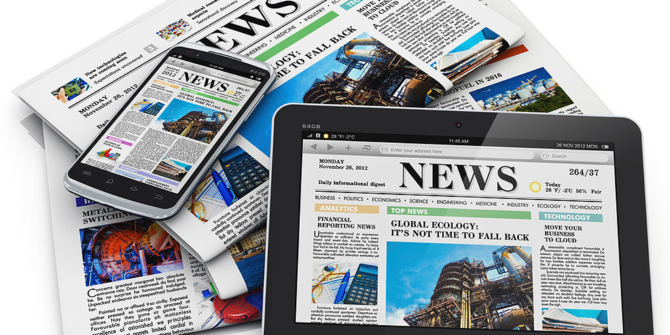