The power of observable characteristics in explaining the gender wage gap has decreased over time. More and more women get higher education and combine family life with having a career. Yet, there is still a gender wage differential, even in gender equal societies such as the Nordic countries. The gender wage gap persists partially because firms have an incentive to disproportionately reward individuals who work long and particular hours. Differences in pay between genders may also be due to differences in flexibility and commitment. Moreover, if women are less committed and flexible, globalisation may exacerbate the gender wage gap, because integration in global markets may increase the value of worker flexibility to firms.

We argue that, by the virtue of being exposed to higher competition, exporters require greater commitment to work and greater flexibility of their employees. For instance, working for an exporting firm may require taking late night phone calls to communicate with customers in different time zones and international travel arranged at a short notice. Employees may be expected to be available around the clock seven days a week in case of unexpected problems arising on the production line or shipments being delayed. This is likely to be true particularly among highly skilled employees.

We investigate the link between the gender wage gap and firms’ exports. We ask two questions: Do exporters pay women relatively more or less than non-exporters? Might this difference in gender wage gaps be due to differences in the perceived commitment of women and men?

We employ data set covering close to all firms in the Norwegian manufacturing sector and their full-time employees between 1996 and 2010. We find a substantial overall gender wage gap of around 24 percent. The gender wage gap appears to be smaller in exporting firms, at 19 percent. Thus working for an exporting firm is associated with closing almost a fifth of the observed gender wage gap. These results are in line with previous research on the relationship between trade and gender.

This analysis, however, does not take into account unobservable worker characteristics that are likely to be correlated with the choice of working for an exporter. Interestingly and in line with our hypothesis, controlling for unobservable worker and firm characteristics reverses the results. The findings indicate that exporting firms exhibit a higher gender wage gap than non-exporters with the difference reaching about 3 percentage points. As expected, this effect is present only among college graduates. In other words, college educated women earn higher wages at exporting firms than at non-exporters, but they are underpaid given their unobservable characteristics.

Next we examine the effects of two policies that are widely believed to have changed the perceived commitment gap between the genders: the first is a gradual increase in the number of weeks of parental leave that are available only to the father, the so-called paternal quota. The second is an expansion of kindergarten coverage, which proceeded at different speeds in different municipalities, providing geographical variation in coverage rates.

A paternity quota of four weeks was first introduced in 1993, and later extended to five, six and ten weeks in 2005, 2006 and 2009, respectively. This nudge on the part of the Norwegian government has resulted in a huge increase in the fraction of fathers taking a substantial period of paternity leave. As a proxy for the change in social attitudes, we use the fraction of fathers taking at least eight weeks of leave in a given year. The eight-week cut-off is chosen because a two-month long absence from work is substantial and disruptive enough to affect the employers’ perceptions.

The logic behind the kindergarten approach is that greater availability of reliable childcare is associated with fewer disruptions to work hours and thus allows women to exhibit greater commitment to their jobs.

While the gender wage gap was found to be higher in exporting firms than in non-exporters, the difference between the two narrows down with the changes in social attitudes. In line with our priors, the results are stronger for workers in their reproductive years (i.e., those under 45 years of age). They are also stronger for college graduates. The magnitudes of the estimated effect are economically meaningful. For instance, the change in the fraction of fathers taking at least eight weeks of paternity leave between 1996 and 2008 corresponds to the gender wage gap in exporters dropping from being on average 4.5 percent higher than in other firms to being only 3.3 percent higher.

In summary, our findings are consistent with exporters being able to attract more able, more ambitious or more committed females, whom are nevertheless paid less than their male counterparts. Our results are consistent with exporters attaching greater importance to worker commitment due to operating in more competitive and fast changing environments than other firms. Thus globalization appears to be exacerbating the gender inequality, at least through this particular channel.

Esther Ann Bøler is a PhD student at the Centre for Equality, Social Organization and Performance (ESOP) in the Department of Economics, University of Oslo.

Beata Javorcik is a Professor of International Economics at the University of Oxford and a Research Affiliate at CEPR.

Karen Helene Ulltveit-Moe is a Professor of International Economics at the University of Oslo and a CEPR Research Fellow. 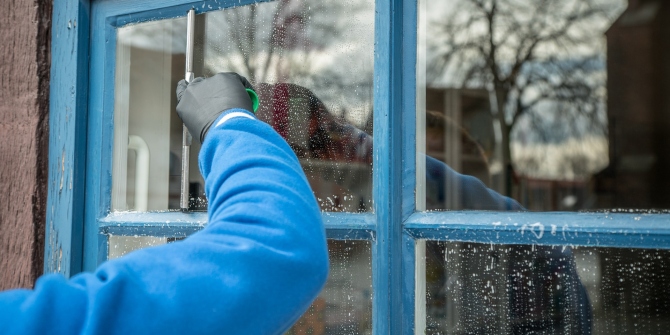 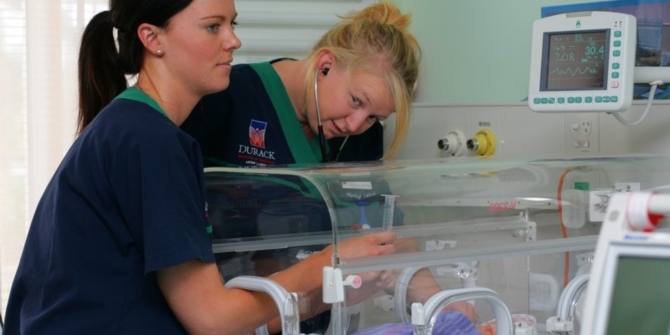