Entrepreneurs play a critical role in generating economic growth by creating new jobs and new markets for goods and services. But gender inequality in this segment of the workforce remains particularly high in most industrialized countries, suggesting that women are a severely under-tapped resource when it comes to growing a vibrant economy.

In the UK, only about 20 percent  of small and medium enterprises are majority-led by women, and in the US, women are primary owners of only about 36 percent of all private firms. Moreover, when women do start businesses, their firms typically employ fewer workers, are less growth-oriented, and are in less innovative industries. For instance, in the US in 2014, women-owned firms employed only six percent of the workforce and created less than four percent of all business revenues — a figure that is about the same as it was in 1997. So a key question for business leaders and policymakers alike is whether women are more likely to engage in high-growth forms of entrepreneurship in certain policy environments.

In a recent analysis of data from 24 industrialised countries, I show evidence that work-family policies matter. When women workers have access to benefits like paid leave or subsidised childcare, their representation among business owners in general may be lower, but their chances of starting innovative, economic growth-oriented ventures is higher.

Scholars and policymakers agree that government spending on childcare and family leave facilitates women’s employment. For instance, countries with generous work-family policies such as Sweden and Denmark are known for their high women’s labor force participation rates. This is not surprising: the policies give workers more access to the time and resources needed to combine employment with caregiving, so fewer women find it necessary to cut back their hours, change careers, or “opt out” of the workforce when they encounter family obligations.

In contrast, fewer desirable employment options exist for workers with family responsibilities in places like the US that lack such policies. In these contexts, work-family conflict more often prompts women workers to search for more flexible options. Interestingly, self-employment is often one such option, given that it affords greater control over schedules, hours, and the physical location of work. So women who lack access to supportive work-family policies may actually be more likely to start a businesses simply because they lack attractive options in traditional, wage and salaried employment.

To evaluate this notion, I analyzed Global Entrepreneurship Monitor survey data from 24 countries between 2001 and 2008. My analysis showed that, when adjusting for age, education, and host of country-level factors known to correlate with entrepreneurship outcomes, the gender gap in the probability of starting and owning a business is smaller in policy contexts where public provision for childcare is meagre or nonexistent compared to contexts with generous provision.

However, this pattern emerges, at least in part, because work-family policies are systematically linked to women’s entrepreneurial motivations. For instance, my analysis shows that women business owners are less likely to report pursuing entrepreneurship out of the need for a more desirable job in contexts with generous subsidized childcare. This finding suggests that, when supportive work-family policies are in place, women entrepreneurs are more likely to pursue entrepreneurship as their first-choice employment strategy rather than as their “Plan B.”

And when policies make pursuing entrepreneurship as a “Plan A” more feasible, they simultaneously increase the chances that entrepreneurs will build more economic growth-oriented types of businesses. For instance, I find that women business owners employ more workers, express more ambitious growth intentions, and are more likely to report introducing a brand new product or service to the market in countries where government policies mandate between 20 and 30 weeks of full-time equivalent paid leave. When government spending on childcare is relatively high (e.g. more than 0.5 percent of GDP), women business owners are somewhat more likely to sell products or services that require the use of new technology.

The conclusion? Work-family policies are great for business: they facilitate entrepreneurship as a choice between two decent options—a secure job or the realization of a market opportunity—, rather than a choice that is driven by the necessity for better work-family balance. In doing so, they minimize women entrepreneurs’ chances of being vulnerable to the financial instability that is often part and parcel to small, low-growth forms of self-employment, and increase the chances that they will be motivated to build the larger, more innovative and job-creating organizations that are arguably to critical for economic growth. This seems like an outcome that advocates of business development and gender equality alike can easily agree on.

Sarah Thébaud is an Assistant Professor in the Department of Sociology of the University of California, Santa Barbara. Her primary line of research focuses on gender inequality in entrepreneurship and innovation. 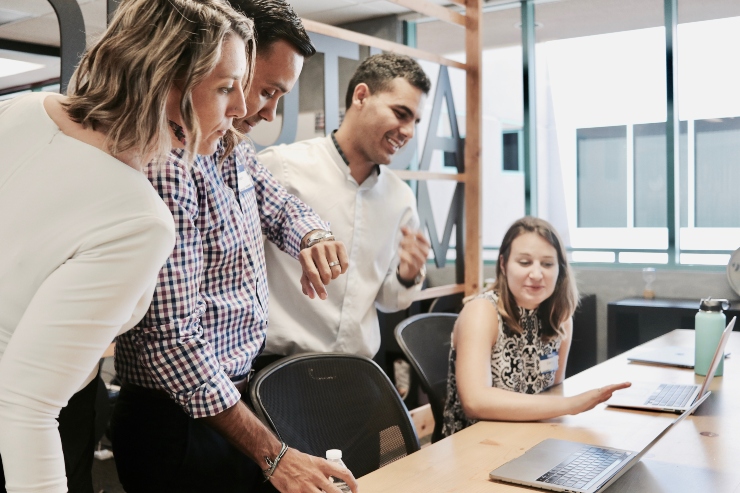 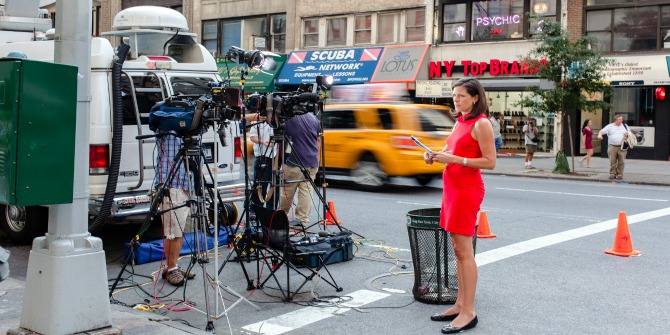