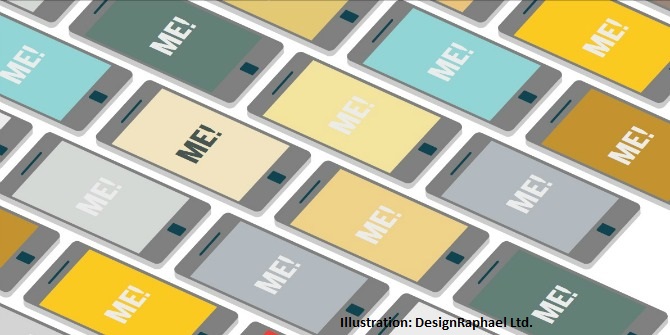 Over 70 million customers have selected one of the seven million mobile tariff plans available in the UK today. It is highly likely that some are not in the best contract for them and would be better off switching to a more appropriate tariff. But with such a large number of contracts available, people face confusion and might avoid switching altogether, harming both themselves and the competitive process among firms.

Understanding what kind of information would help people switch is important for bodies like Ofcom, the UK’s communications industry regulator and competition authority. The predominant thinking among such policy-makers worldwide is that the problem is mainly one of information and computation.

That view has given rise to many accredited schemes for third-party price comparison sites covering telecoms as well as several other industries, including banking, electricity and credit cards. The aim of these schemes is to raise consumer confidence about how to find the best price for the service they wish to purchase, and to increase market transparency by providing or facilitating expert guidance. The idea is for people to have an ‘expert friend’ who can tell them how much they would save by switching to the best tariff.

Our research analyses individual-level data on roughly 60,000 mobile users in the UK over the period 2010-12. To explore how they select their contracts, we have unprecedented access to Billmonitor.com (BM), the UK’s leading mobile price comparison site, which was the first company to receive such an accreditation award for mobile services.

Consumers in our sample subscribe to monthly plans with a fixed payment component (the monthly rental), which includes several allowances (for call minutes, text messages, data usage, etc.). On registration with BM, consumers receive personalised information on the exact amount they could save by switching to the best contract for them. This information is calculated by BM’s optimising algorithm, which is allowed to look into consumers’ past bills. In other words, consumers know precisely how much they can save by switching since BM does this computation on their behalf.

Many consumers could save substantial amounts of money by switching to the alternative plans that BM finds. They fall into two categories: those who happen to exceed their allowance and pay extra fees (known as ‘overage’), and could therefore save money by switching to a higher, more inclusive plan; and those who could save money by switching to a lower, less inclusive tariff if their consumption is systematically lower than their allowance. If the only problem was information acquisition, then consumers of both types should switch with the same probability on receiving their personalised information. But our conjecture is that because of ‘loss aversion’, consumers react differently to the two different situations: individuals evaluate economic outcomes not only according to an absolute valuation of the outcomes in question but also relative to subjective reference points. This is based on the pioneering work of Kahneman and Tversky (1979), which established ‘prospect theory’ as a tool for analysing choice under uncertainty.

Paying more than the monthly rental (which serves as a natural reference point) is experienced as a loss. It should be a more ‘painful’ experience and should prompt consumers to switch with higher probability than they would if they could save the exact same amount by switching to a lower tariff.

Using the data on BM’s customers, we evaluate what affects people switching contracts over time. We look at switching within operators so that the process is seamless and unconstrained by contractual clauses. We show that potential savings are a significant determinant of switching. Indeed, having an expert friend to help calculate potential savings increases the probability that users will switch contracts.

More importantly though, and in line with our conjecture about loss aversion, we find that, controlling for savings, switching is six times more likely if the customer is charged overage fees. In other words, the psychological pain of paying over and above what an individual expects to pay as a fixed monthly fee is an even greater motivator to switch, in addition to the conventional reasoning that only savings information matters.

What is even more fascinating is that consumers do not just face a large number of contracts. These environments are, almost by definition, uncertain, as there is a random element in people’s behaviour that determines what is ultimately consumed and charged.

This uncertainty brings with it an element of risk. Placing risk aversion vis-à-vis loss aversion is important since in many real-life environments, the potential of both gain and loss is most likely to coexist with risk. In situations of choice under uncertainty, prospect theory stresses the importance of loss versus gain whereas traditional ‘expected utility theory’ typically assumes a uniform attitude towards risk. Although a large body of research focuses on assessing the relevant merits of the two theories (for example, Rabin, 2000; and Fehr and Goette, 2007), to the best of our knowledge, no one has attempted to account for both with field data. We believe that this is important, as we do not see loss aversion and risk aversion as antagonistic, just as we do not necessarily see loss aversion and expected utility theory as mutually exclusive. In principle, they can both help us understand the determinants of choice.

Given the appropriate data, it becomes an empirical question whether the predictions of either theory are consistent with the data, as well as the extent to which they can help predict observed behaviour. In this study, we allow both risk aversion and loss aversion to affect consumers’ choices.

Testing for the influence of both, we find that risk aversion cannot explain consumer switching as expected utility theory would suggest, whereas loss aversion remains strong and significant. More precisely, we find that individuals seem to be risk-averse in the domain of gains and risk-seekers in the domain of losses: this differential risk attitude is consistent with prospect theory.

Our results not only shed light on an important research debate but also put the practical use of price comparison sites in a new perspective. We suggest that regulators hoping to rely on price comparison sites like BM to discipline market prices using shared data should first investigate what giving ‘good advice’ means in a context that includes loss aversion.

Consumers also switch for behavioural reasons that have little to do with savings, but that still could be consistent with optimal individual behaviour. Just informing consumers about potential savings may not prompt the healthy competitive switching that regulators would like to nudge. According to our results, savings are not necessarily the first thing even well-informed consumers are looking for: rather, they like a fixed reference point that leaves little room for nasty surprises on their phone bills.

Christos Genakos is Assistant Professor in the Economics Department of the Athens University of Economics and Business. He is also an Associate researcher at the Centre for Economic Performance (CEP) at LSE and a Research Fellow in the Industrial Organization programme of the Centre for Economic Policy Research (CEPR). He received his Ph.D. in economics from LSE. Dr. Genakos worked as Lecturer, Fellow and Director of Studies in Economics at Selwyn College, Cambridge University. He holds a Master’s degree in Economics from the University College London and a Bachelor’s in Economics from the National and Kappodistrian University of Athens. His research focuses on industrial organization and applied microeconomics, with an emphasis on quantitative techniques for competition analysis and regulation.

Costas Roumanias is a Lecturer at the Department of International and European Economic Studies, Athens University of Economics and Business. He received his Bachelor’s in Economics in 1996 from the National and Kapodistrian University of Athens, completed his M.Phil in 1998 at the University of Oxford where he also completed his D.Phil in 2003. He teaches both undergraduate and graduate courses in microeconomics, game theory and political economics. His research interests include applied game theory, behavioural economics, political economics with emphasis in models of voting. His recent research focuses on the economic determinants of the extreme right vote in contemporary Europe and the long term determinants of fascism and populist radical right vote. He lives with his family in Athens, Greece where he often misses a decent cup of tea.

Tommaso Valletti is Professor of Economics at Imperial College Business School, and also Professor of Economics at the University of Rome “Tor Vergata” (Italy). He has previously taught at LSE, Telecom ParisTech/Ecole Polytechnique, and Turin. Tommaso is the Director of the PhD Programme at Imperial College Business School. He has a magna cum laude degree in engineering from Turin and holds a MSc and a PhD in economics from LSE. His main research interests are in industrial economics, regulation, and telecommunications economics. Tommaso has held several editorial positions in leading academic journals. He is Academic Director of the Centre for Regulation in Europe (www.cerre.eu) in Brussels. He is a Fellow of CEPR and of ENCORE. He is a member of the panel of academic advisors to Ofcom, the UK communications regulator. He was also a member of the panel of academic advisors of the UK Competition Commission. He was a board director of Consip, the Italian Public Procurement Agency, in 2002-2005. He has advised numerous bodies, including the European Commission, OECD, and the World Bank. 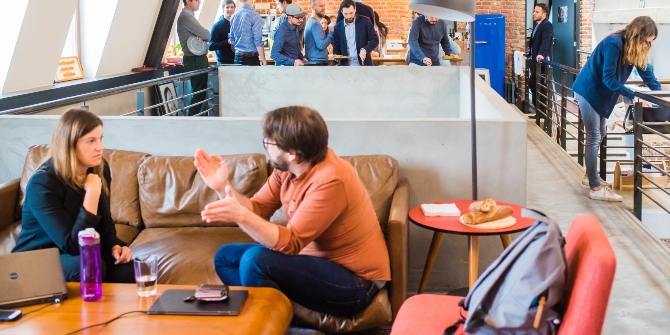 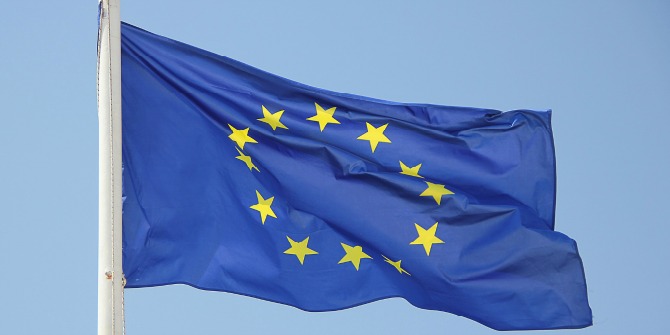 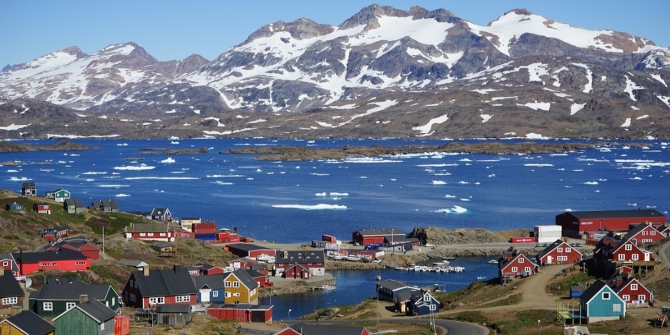 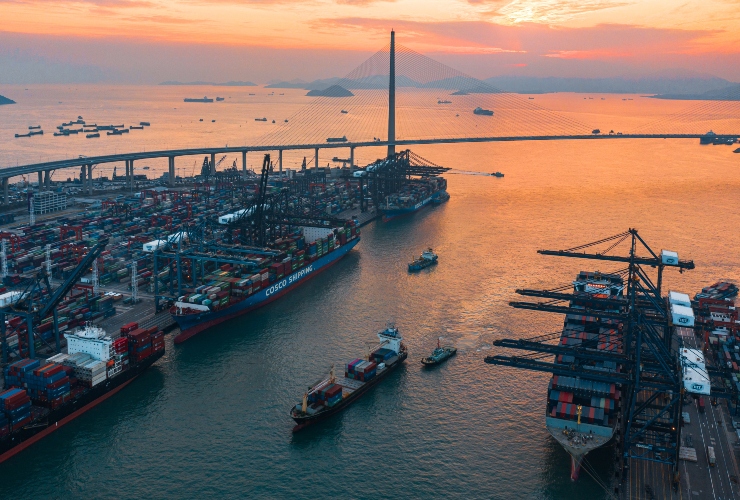 How do we prepare for what’s coming ahead in international trade?