The helm of global economic and finance punditocracy converged in Davos between 20 and 23 January 2016 for the annual World Economic Forum under the theme ‘Mastering the Fourth Industrial Revolution’. The theme would be eclipsed by talk on the volatility roller coaster that had rocked the markets at the start of the year with ‘China’ being the near default buzzword. Undeniably, China’s slowdown has pulled the rug under the globe’s feet, jangling investors’ nerves and gyrating markets. Given that China stands at a fundamental decoupling point, perhaps we are yet to see the end (and/or the worst) of shockwaves.

For one, ongoing efforts to dissociate the economy from exports reliance as its growth horsepower are source for enough policy readjustment (such as reduction of restriction on foreign capital) to occasion potentially wild swings by China’s spill-overs pendulum on the global scene. Secondly, the People’s Bank of China is progressively becoming less opaque and markets have upped their antennae, clinging onto every statement and data from the bank, pricing in (at times mispricing) both actual and perceived risk. Be that as it may, to perceive the present volatility exclusively through the China optic is to miss the bigger picture of unfolding events ─ there has been a cascade of headlines inspiring more jitters than confidence and markets have that annoying penchant for headlines.

For more reasons than one, South America has been of interest. In Argentina, it was bound to be an encounter of shock therapy as the country emerged from 13 years of Kirchnerism in the end of 2015 to the reality of having, somewhat, a free markets evangelist for President, Maurcio Macri. Macri’s first order of business would be to lift capital controls, sending the Peso into a re-acquaintance with gravity ─ the local unit shed 36.2 percent between December 16 and 17, 2015 (according to Bloomberg data). Macri’s next salvo would be fired at the National Statistics and Census Institute, suspending the publication of vital data on the economy, because the institute is accused of using fuzzy math and massaged statistics. This week, he made a deal with the creditors who refused to accept the terms of the country’s debt restructuring after the 2001 default. With this move, Macri paved the way for Argentina to reenter the international capital markets.

Still in South America, the wheels of growth seem to have come off Brazil’s locomotive and the country has fallen from hanky dory to humpty dumpty with the economy shrinking 3.8 percent in 2015 and projected to contract by 3.45 percent in 2016. The nation is caught in the eye of a political storm that has seen a palpable wave of anti-Dilma Roussef protests sweep through on the back of introduction of impeachment proceedings in the Congress in December 2015. The political crisis and economic downturn have colluded to create mutually reinforcing toxicity and whereas it seems clear the ship is sailing in the wrong direction, telling just how far it will veer off course has become a mug’s game that has left investors and pundits alike guessing.

Away from South America, Asia’s third largest economy, India, seemed to have been insulated from the emerging markets slowdown bug until it emerged that the economy’s momentum decelerated in the first fiscal quarter of 2015/16 (April – June 2015) growing 7 percent, fifty basis points slower than the preceding quarter. If there was no telling whether the slowdown was a one-off or pointer that the economy was beginning to run out of steam, the decision by the Reserve Bank of India to adopt a dovish stance by slashing the benchmark and key repo rate seemed to lend credence to the latter.

Concerns abound over growing macroeconomic pressures with inflation having been on the uptick, a widening fiscal deficit and the trend in foreign exchange reserves, $ 347.5 Billion as of 22 January 2016 (Data from Reserve Bank of India), suggesting the Rupee could continue ceding ground to the greenback in the near term.

In Africa, investor sentiment on South Africa is still hungover by uncertainty created following President Zuma’s blooper on the position of Minister of Finance in December 2015. Such miscalculation can be expensive, especially when an economy is walking on a recession’s knife edge ─ the economy grew by a modest 0.7 percent in the third quarter of 2015 after contracting by 1.3 percent in the preceding quarter). The Central Bank of Nigeria seems unrelenting in its defiance to calls for devaluation of the Naira, breeding uncertainty as to what other bulwark could protect the economy from tumbling oil prices.

Economies that not so long ago cast themselves as the next bastion of global growth seem to be losing their step on the acceleration foot-path. Together, China, India, Brazil, Nigeria, Argentina and South Africa have a GDP size of $ 16.2 Trillion, 28 percent that of the twenty largest economies in the world. In an era of tipping scales in the balance of global economic power, uncertainty in these markets cannot be wished away and should, perhaps, be taken a lot more seriously. The future of sustainable global growth lies in a balanced acceleration by advanced, emerging and frontier markets rather than one of the three attempting to keep the score. 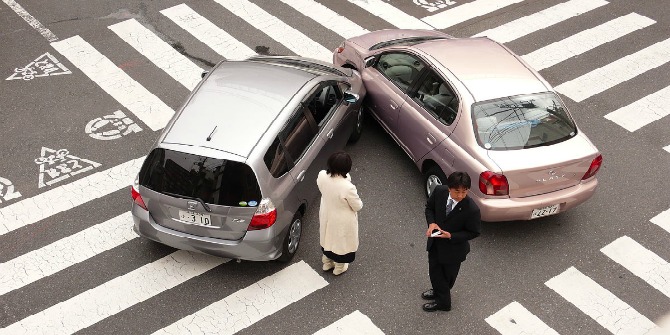