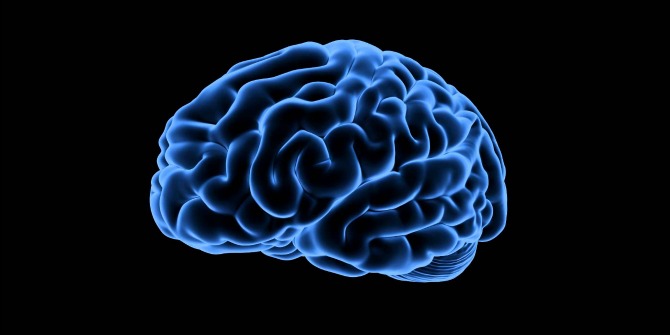 Through the clinical application of neuroscience, researchers are now in a much better position to understand and treat brain-related illnesses. However, hardly a day passes without neuroscience being hailed in the media as a panacea for a variety of problems afflicting many non-clinical disciplines. Follow your imagination, and add the prefix ‘Neuro’ to any kind of existing discipline, and – lo and behold – a brand new discipline emerges, whether it is Neuro-strategy, Neuro-leadership, Neuro-marketing, Neuro-economics, or Neuro-education to name only a few. The volume and speed with which studies in these domains are published is staggering.

Why does the prefix ‘neuro’ have such enticing effect on business researchers and practitioners? Part of the answer is the assumption that neuroscientific data, such as functional magnetic resonance imaging (or fMRI), offers researchers the confidence to rely upon ‘hard’ and ‘objective’ data. The data is allegedly more rigorous since neuroimaging techniques do not rely upon individuals’ self-reports, since they measure all brain processes, whether they are conscious or unconscious. In other words, neuroimaging techniques would seem a better choice as unconscious processes can be made visible in ways that traditional questionnaire surveys cannot. The prefix ‘neuro’, then, seems to serve one key purpose, namely, that of legitimization.

The consequence of this is – and the argument is exploited by advocates along these lines – that we should be able to offer better predictions about important outcomes at work, especially but not exclusively the selection and development of effective leaders. According to some news articles, prospective leaders can enjoy an intensive brain-training retreat for a mere $15,000, and the whole ‘brain fitness’ market is expected to grow to $6 billion by 2020.

But more serious neuroscientists warn that the science and data that should justify that kind of growth are not at all that rigorous and valid. So why should business researchers and practitioners prick their ears on that note? The answer is as simple as it is of intrinsic importance in the world of business research and practise: when we believe that we make the best selection decision possible based upon neuroscientific data when, in fact, we are not, then we create the bad consequences for business practise that I and others have written and warned about.

To put this more practically, imagine your company is interested in hiring a leader without latent trait aggression, simply because the previous incumbent displayed this trait and caused a considerable damage at work (e.g., increased staff turnover and stress-related sick notes). So you enlist the support of neuroimaging techniques to really make sure this does not happen again. You have, after all, bought into the argument that neuroscience can make better predictions (and you cannot be blamed for it, for in times of financial crises or stiff competition, that is a natural response). It turns out, however, that the person hired in the end has the same kind of traits again as the previous incumbent. Hence, considerable resources have been wasted on using data that – at least for now – is unlikely to deliver what advocates and business coaches promise.

The recent ruling by the Federal Trade Commission (FTC) in the US against ‘Luminosity’ firmly underlines this point. The firm has to pay $2 million to settle FTC deceptive advertising charges for its “Brain Training” programme. This product alleged to boost performance in everyday life and safeguard against cognitive decline. In consequence, it is central to recognise the ethical dimensions here, as unreliable research is frankly useless and wasteful.

But there are further nuances to ethical concerns associated with the using neuroscience in business settings. Foremost here is that neuroscience is increasingly applied beyond its original clinical and important purpose; what seemingly matters now are cosmetic applications in the pursuit of cognitive enhancement by way of drugs or non-invasive stimulation techniques. For example, there are proverbial ‘arms races’ ongoing amongst student populations in the UK and elsewhere, motivated by the fear of unemployment and the desire to obtain a better degree classification in order to boost job prospects, even though the long-term health consequences are not well-established. Besides, past studies have shown that these effect of these drugs is really small to moderate, implying that consumers may not experiences that kind of cognitive enhancement they are made to believe is possible.

In the world of business, a similar development can be observed. For instance, studies profess that electroencephalogram (or EEG, a brain recording technique picking up electric signals), coupled with neurofeedback sessions, can aid in the selecting or developing inspirational leaders. So let us assume you are one of the individuals identified with a ‘brain profile deficiency’, because you happen to have an anger management problem. You are then subjected to series of neurofeedback sessions, following which you it is concluded that you are now an inspirational leader.

Putting the invalidity of the conclusion aside (due to issues in the design of the study, which are explained here), it raises ethical questions if that kind of personality change can be allegedly induced as such (e.g., how would family and friends react to that since they probably like you for who you are), and even worse if the effects of that change serve the companies’ interests first, and yours second at best.

In sum, the injunction ‘buyer beware’ must be heeded if we are not to fall prey to dubious claims about the potential of neuroscience outside its core clinical application.