Can businesses police the behaviour of global suppliers?

Can businesses police the behaviour of global suppliers? 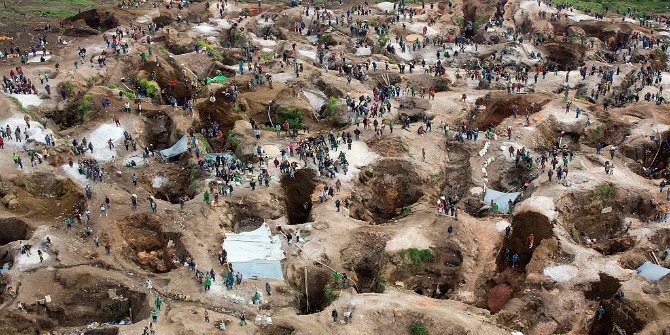 A group of activists wanted to shine a spotlight on the opaque supply chain that provides raw materials for cellphones. What they discovered was just how difficult that can be.

The supply chain for consumer electronics is one of the least transparent in the world. Each cellphone chip comes from a different supplier, and the raw materials that go into the chips include gold, tungsten, tin and tantalum. All can be “conflict minerals” – financing instruments of the brutal civil conflict that has ravaged the Democratic Republic of Congo, one of the source countries.

The effort by the Dutch group Fairphone to show how cellphones could be produced in a more ethical manner is one front in a long-running campaign by activists to document problems in global supply chains, ranging from dangerous working conditions and tainted raw materials to environmental degradation and exploitative labour policies. One favorite tactic is “naming and shaming” the firms they regard as bad actors to catch the attention of attentive consumers.

These campaigns are having an impact, Tam Harbert, a freelance journalist who covers business and technology issues, writes in her report for SAGE Business Researcher. Under prodding from the activists, companies that once disclaimed responsibility for what happens in suppliers’ facilities are re-examining their chains and accepting more obligations for what occurs there. Many have developed corporate social responsibility programs and codes of conduct; others are adopting technologies to increase transparency, such as using radio-frequency tags that store information on the provenance of a product.

But progress has proceeded in fits and starts because of the complexity of the task, according to many experts. Supply chains are longer and more dispersed in a global economy, and the chances for problems to develop have multiplied, they say. One supplier could be making its employees work long hours, another could be spewing waste into a river. And global corporations often remain unsure where responsibility rests.

Another challenge is that norms vary from country to country, Harbert writes. Companies procure materials, parts or food in far-off places that may have quite different laws, standards and cultural expectations from those in the United States and Europe. Nonetheless, many Western consumers increasingly expect companies to maintain Western standards. People want to know whether the farmer who grew their coffee beans was compensated fairly, what the cattle that became their cheeseburger were fed — and whether the minerals in their mobile phone helped finance guerrilla fighters.

That was the chief concern of the activists who founded Fairphone in 2013 in an effort to pull back the curtain on sourcing methods. They introduced a smartphone as their first product that year.

“Our goal was to use the phone to get access to the supply chain, start to grow a relationship with the suppliers and see, together with these suppliers, how the industry might improve mineral sourcing and working conditions,” Bibi Bleekemolen, a member of Fairphone’s value chain team, tells SAGE Business Researcher.

The first Fairphone racked up sales of about 60,000 in the first two years, retailing for 325 euros (about $360 USD), according to the group. While those numbers are dwarfed by iPhone sales — in good years, Apple ships more than 70 million phones each quarter — Bleekemolen says the early results showed that a market exists for an ethically sourced phone.

For its first model, Fairphone relied on a contract manufacturer who sourced the components. In December, the group introduced its second model and sourced the components itself from across the globe in hopes of improving transparency. It’s a work in progress; of the 40 minerals used, Fairphone has traced only two to their original sources and is getting close on two others. For the remaining minerals, “we still don’t have a clue where they are coming from, how they are mined or how they enter the supply chain,” says Bleekemolen.

But Fairphone is undeterred. “From conflict-free minerals to fair factory wages, we’re making improvements one step at a time,” it says on its website.

In the face of such activist scrutiny, the stakes for businesses are growing. Bad news about a company’s supply chain can damage reputation, hurt sales and dampen investor interest. The experience of flooring retailer Lumber Liquidators vividly illustrates the vulnerability.

After the CBS News program “60 Minutes” reported in March of last year that the company’s Chinese-made laminate flooring contained levels of the carcinogen formaldehyde that were six times greater on average than California law allowed, Lumber Liquidators hit heavy weather. Its fourth-quarter sales dropped 13.7 per cent compared with the same period in 2014 and it posted a loss in that quarter of $19.8 million. Its share price plunged from $51 to less than $13 in early April of this year, and CEO Robert Lynch resigned.

As this experience shows, the margin for error for businesses is shrinking. The proliferation of issues and advocacy groups, the growth of the bottomless information well of the Internet and the ubiquity of smartphones and social media mean that risks have increased and damage can be inflicted almost instantly, says E. Freya Williams, a communications and business strategist who is an expert on sustainability.

“With the rise of social media, a company’s ability to control its image is gone,” Williams says. “Transparency is the new normal, and everything is discoverable. … Your behaviour is your brand. And your license to operate depends on behaving well.”