Ahead of Fed decisions, markets are more forward-looking than we thought

Ahead of Fed decisions, markets are more forward-looking than we thought 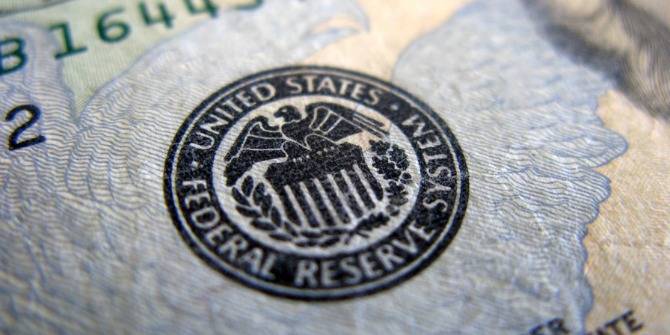 Much of the literature related to Federal Open Market Committee (FOMC) decisions focuses on their post-announcement effects. There is ample evidence that asset prices and volatilities only respond to “surprises” – that is, when the actual target decision differs from the market’s expectation mirroring the findings of a substantial body of work considering the effects of macroeconomic announcements.

In addition, there is an equally large literature that investigates whether FOMC target rate decisions are predictable via macroeconomic announcements, Fed funds futures, or the yield curve or a combination of these, and literature on anticipation of Federal Reserve actions. Within this literature, there is some evidence that anticipatory effects develop gradually and that Fed funds futures may not fully capture the effects of FOMC decisions on this market.

For the most part, both sets of literature focus on the days immediately surrounding an FOMC decision. There is good reason for this, as is evident when considering extreme examples: first, the instant before the decision reflects all available information, hence providing the most accurate pre-announcement expectation, and second, the instant immediately after the decision is the point of fullest response, before the reaction begins to dissipate or is marred by reactions to other information. Such instant before versus instant after comparisons are the motivation behind much of the event study literature.

The view from the trading floor

Anyone who has been near the Treasury desk on a trading floor on the day of an FOMC decision knows the typical pattern surrounding such announcements. The minutes leading up to the announcement give meaning to the phrase “the calm before the storm”. And as soon as the statement is made, a frenzy of activity ensues – reflecting both the surprise reaction of some market participants and the position adjustment of those for whom the “future path of policy” has suddenly been revealed.

Having been on a trading floor in 2004 when the Fed began a steady programme of tightening following a protracted period of being on hold at historically low levels, I know anecdotally that traders generally don’t wait until 2:14pm to adjust their positions in anticipation of a 2:15pm announcement. They “set up” much farther in advance, both to handle any last-minute orders that customers might have and to be ready to respond to trade requests in the aftermath of an announcement.

It is for this reason that I and my co-authors, Dick van Dijk and Michel van der Wel of Erasmus University Rotterdam, decided to investigate the extent to which financial market participants set up for Federal Reserve decisions. Our focus on anticipatory effects blends the future path of policy idea with a foresight model.

To consider this possibility of early anticipatory set-up, we design a comprehensive regression framework that enables us to investigate how the Fed funds futures market is shaped by scheduled FOMC announcements, as well as Federal Reserve communications in the form of speeches and testimony of members of the Board of Governors of the Federal Reserve System, and how those effects interact with announcements of macroeconomic variables during the six months preceding a scheduled target rate decision.

Quantifying the respective contributions of macroeconomic announcements and Federal Reserve officials’ communications to the evolution of daily changes in Fed funds futures prices is the main focus of our study.

We find that the anticipation (or “set-up”) occurs over a much longer horizon than previously thought. Furthermore, these effects decline as the FOMC meeting nears: earlier FOMC decisions and surprises in macroeconomic announcements affect Fed funds futures prices more strongly than more recent ones; and Fed funds futures volatility tends to be lower in the days leading up to an FOMC meeting than in the weeks or months preceding it. We argue therefore, that in order to identify fully how information shapes financial market expectations, it is necessary to look much farther back in time.

In contrast to the conventional wisdom that financial markets are reactionary and instantaneous, our work suggests a more methodical approach to digesting central bank communications and macroeconomic announcements, one that considers not only the latest news but how that in turn shapes the path of future policy decisions. In short, financial markets are more forward-looking than we had thought.

One of the challenges in quantifying how the financial markets are affected by Federal Reserve communications over longer periods of time is that other news, such as the release of major economic indicators, also plays a role. By looking at both items together, we find that macroeconomic indicators and central bank officials’ congressional testimony are of comparable importance.

We document that macroeconomic releases have stronger effects on days when Federal Reserve officials are silent (for example, during the “blackout period” – that is, the 7-10 days preceding an FOMC announcement). In contrast, we find that congressional testimony is more important when it coincides with days when important macroeconomic information is released.

Our finding of large anticipatory set-up emphasizes the importance of clarity in central bank communications. The potential importance of these communications has been recognized by the Federal Reserve itself, through a series of decisions since 1994 designed to increase transparency.

An implication of our results, showing that Fed funds futures volatility declines as the FOMC announcement draws near, is that the Fed’s policy rate intentions have been well-understood by the financial markets.

We also find that failure to look back far enough results in inferences that attribute much less significance to both Fed communications and macro announcements in shaping Fed funds futures prices, suggesting that previous studies’ effects may have been understated.