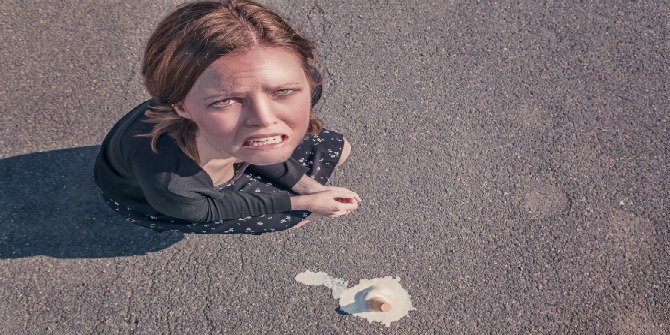 Teresa Kohl knows from failure. Her parents’ family farm filed for bankruptcy. So did her first employer, a major accounting firm. Two other companies she worked for either folded or restructured. Today, Kohl puts her experience with the downside of business life to use, earning her living by advising faltering companies on how to turn things around. She says failure, however painful, can be a positive for both individual enterprises and the overall economy.

“I see companies with no other choice but to shut down unless they go through a bankruptcy,” says Kohl, a director of SSG Capital Advisors in suburban Philadelphia, who has worked on corporate turnarounds for 15 years. The restructuring process “creates a renewal that can spur growth and new jobs,” she says.

Kohl and her specialty are at the heart of a debate about the role of failure that is changing perceptions and upending old beliefs, freelance correspondent Vickie Elmer wrote in her report for SAGE Business Researcher. Once shunned and viewed as a stigma, business failure is now often celebrated as an essential element of a healthy economy, a catalyst for creative innovation, even a mark of distinction.

“In an age of constant change, the only real failure is the failure to try, improve and evolve,” Sheryl Connelly, Ford Motor Co.’s resident futurist, wrote in Ford’s 2015 Trends report. “These days, start-up flameouts are increasingly serving as badges of honour and—especially in Silicon Valley—failure has become a bragging right.”

Some of that bragging takes place in highly organised ways. A group called Failure: Lab holds events in which people confess their misadventures and posts the stories on YouTube and its own website. Start-up founders swap stories about ideas that flopped at F—up Nights, another global storytelling gathering, which sometimes goes by its acronym FUN. Companies, like the New York ad agency Grey, hand out awards for creative screw-ups. Writers and business leaders have offered their perspective in a number of failure books, such as “The Up Side of Down” by Megan McArdle and “Rising Strong” by Brené Brown.

All this fessing up to failure has helped change public perceptions. Researchers have found that bankruptcy’s stigma has faded, a process that has been going on for decades. This took place as media coverage suggested external factors, rather than an individual’s mistakes or overconsumption, were to blame, according to Rafael Efrat, a California State University, Northridge, accounting professor whose team analysed 176 articles about personal bankruptcy published by The New York Times from 1864 to 2002.

“Prior to the 1960s, newspaper articles depicted debtors largely as manipulators and fraud promoters,” Efrat wrote. More recently, those who went bankrupt were portrayed as “simply rash and immature” and also victims of high inflation, stock market losses or increases in society’s overall personal debt.

What doesn’t seem to be declining significantly is the actual failure rate. Researchers say that at least half of all start-up businesses flop, and between 50 per cent and 80 per cent of all corporate mergers fail to add value, Elmer wrote. The number of bankruptcy filings in the U.S peaked in 2010 in the immediate aftermath of the Great Recession, but still topped 860,000 last year. California led the nation in bankruptcy filings, followed by Florida: 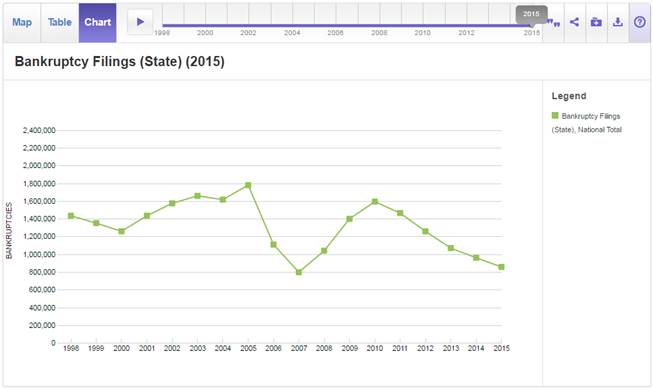 The companies that have filed for Chapter 11 bankruptcy protection read like a roll call of once-proud enterprises: American Apparel, Conseco, Texaco, Pacific Gas & Electric, General Motors, Lehman Brothers, Washington Mutual. Some, like Hostess Brands, have gone through the process more than once, joining what is jokingly called the “Chapter 22 club.”

But it’s no joke for the companies, their employees and their creditors – and that’s the other side of the failure coin. Millions of unemployed workers and their families grapple with financial and health problems. Failed businesses leave shareholders, suppliers and their communities unpaid, At the individual and family levels, long-term unemployment results in lost confidence, repossessed cars, poor health and dunning creditor calls. Last month, almost 1.9 million U.S. workers met the federal government’s definition of long-term unemployed – out of a job and looking for work for 27 weeks or longer – representing one-quarter of all jobless individuals. That is down from its 2010 peak, but still significantly higher than pre-recession levels.

Stuart Gilson, a Harvard University professor of business administration who says the bankruptcies and restructurings of 2008-2009 led to a stronger economy, also acknowledges that not all firms come back strong. “Chapter 11 is likely to be prohibitively costly for a consulting firm, whose most valuable assets are intangible or capable of walking out the door; a steel manufacturer, in contrast, may suffer much less damage to its business if it files for bankruptcy,” he wrote. 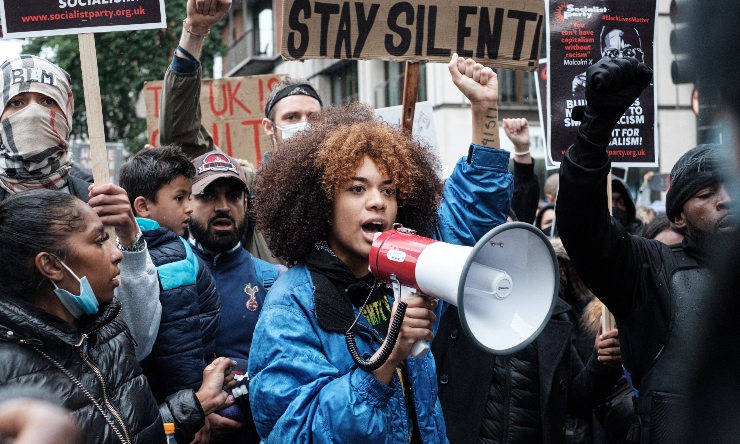 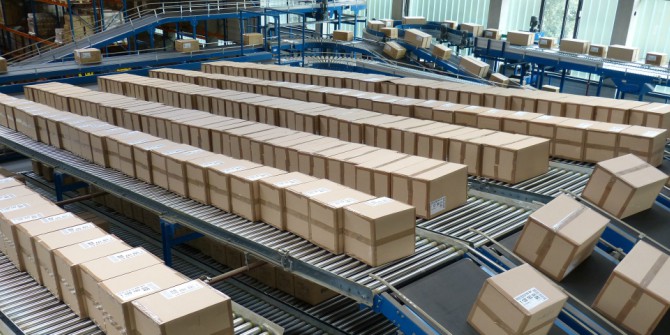 Why do supply chain technologies sometimes fail to improve a firm’s performance?

Managing the business challenges of COVID-19: the voice of leading academics 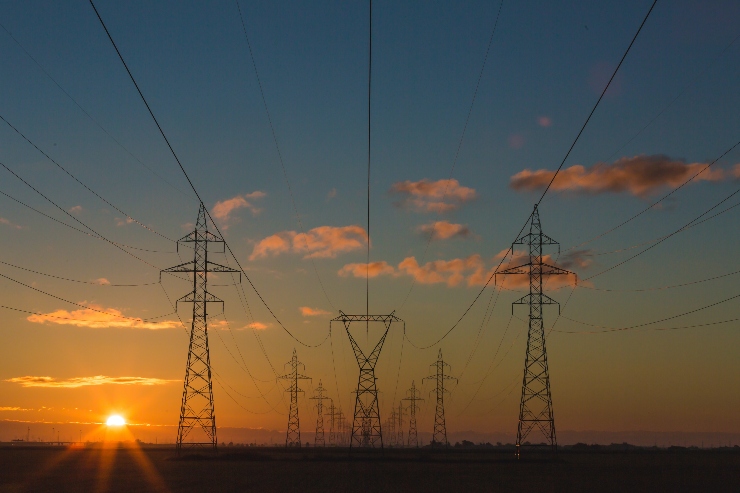