If you’d do anything to avoid meetings, you may be missing the point

As boring as they are, meetings allow us to read company culture, argues Ken Fireman

If you’d do anything to avoid meetings, you may be missing the point 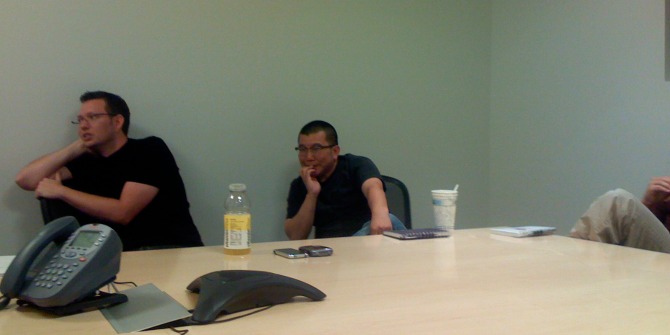 Think your latest office meeting was awkward? Consider the one that Tomoko Hamada, an anthropology professor at the College of William & Mary in Virginia, had to arrange between groups of American and Japanese business school students.

“The Americans were worried about how formal the Japanese usually are in how they dress, so they all put on neckties for the meeting,” Hamada told freelance correspondent Joanne Cleaver for her report for SAGE Business Researcher. “The Japanese were worried about how casual Americans are, so they all wore T-shirts and jeans. When they saw each other, they just laughed.”

For most of us, meetings are no laughing matter. To put it plainly, we hate them; 46 percent of those surveyed last year by software company Clarizen said they would prefer any other unpleasant activity to sitting through a meeting. Eighteen percent said they’d rather take a trip to the Department of Motor Vehicles; 17 percent would prefer watching paint dry.

The gathering that typically draws the most scorn is the “status” meeting, called for the purpose of updating the state of various projects. Equally frustrating is the informational meeting, where announcements – some significant, others purely routine – are made. Together, they account for 45 percent of all business meetings, according to a study by researchers at the University of Southern California. Just five  per cent were creative or brainstorming sessions, the types of meetings, according to organisational psychologists, that are the most enjoyable and the most productive.

With so much discontent over the proliferation of routine meetings, they are ripe for reinvention, and an entire industry has arisen for the purpose of eliminating them via “virtual collaboration platforms,” Cleaver wrote. Technology innovators have introduced “collaborative project management systems,” software designed to eliminate the status meeting by creating online modes of continuously updating the progress on projects. At least in theory, tech company executives say, the remaining meetings would be productive, enjoyable and mission-driven sessions that can focus on idea development and strategy.

Then there are the webinars, conference calls and video conferences that stitch together employees in different offices — or continents — for virtual meetings. These technologies are best used for transactional discussions, such as solving relatively routine problems and discussing concrete topics, says Jonathan Lane, managing partner of ProductWorks, a Massachusetts management consultancy that works with technology and startup firms.

What they don’t do is make attendees pay better attention, Cleaver wrote. Audio-only conference calls have become notorious for participants who are doing other things while listening: sending emails, eating lunch, even going to the bathroom. Video conferences command a bit more attention because participants can see each other, Lane told SAGE Business Researcher.

For all the angst they generate, meetings are a ritual that dates back to the earliest days of our species, says Hamada, who studies cross-cultural business customs. Humans are hard-wired to communicate and to do so in structured ways that reinforce group belonging and group culture, she says. Contemporary business meetings are on a continuum that began with humans gathering to discuss how to stay alive by planning tasks. “We are social animals,” she says. “From an anthropological point of view, meetings are corporate rituals. Americans are always saying they’re going to eliminate meetings, but they’re not going to go away.”

Meetings are also prisms into an organisation, according to Alok Sawhney, a business psychologist and management consultant in South Florida. Sharp-eyed participants can read company culture, writ small, in a meeting: who leads, how they lead, how they shepherd the process, how they assign and measure results. All of this, says Sawhney, yields insights into the dynamics of power, influence and action.

Early in his career, Sawhney was actually excited to be invited to board and senior-level meetings at the hospital management company where he was a management intern. “It was fascinating,” he says. “The most straightforward stuff took on a life of its own, with all the perspectives and conversations, the differences in personalities. That’s the beauty of meetings.”

Meetings can also expose problems and dysfunctions in an organisation, such as a lingering aspect of gender bias: the difficulty women can experience in being heard and taken seriously in meetings. Even a woman as accomplished as Supreme Court Justice Ruth Bader Ginsburg says she has endured this subtle dis in the high court’s judicial conferences. “When I will say something—and I don’t think I’m a confused speaker—it isn’t until somebody else says it that everyone will focus on the point,” she told a reporter in 2009.

Meetings create a microcosm of an organization’s structure, says Bill Treasurer, CEO of Giant Leap Consulting, a North Carolina team development consultancy. He recalls a privately owned company whose leadership team would painstakingly plot meetings without consulting the owner. “They figured they’d show him the agenda for a three-day offsite meeting at the last minute, fearful that he’d change it.… And, of course, he changes it the very first time he sees it.” That, Treasurer says, is the sign of a corporate culture driven by fear and obedience. “If there is a general dysfunction, you are likely to see it magnified.”