The quiet revolution in India’s private sector and international trade

The quiet revolution in India’s private sector and international trade 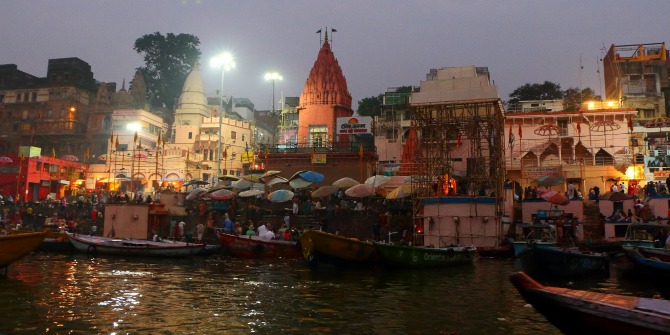 In early June of 2016 Narendra Modi, India’s Prime Minister, visited the US and addressed the US Congress. His speech was recognised for its ability to craft a global ambitious agenda and to speak like a global power. Nor was this speech an isolated incident. For many years Indian leaders and policy makers have shown growing activism at the global level, seeking to negotiate strongly on their own terms and to shape the global rules of the game. For example, in 2005 Manmohan Singh articulated a new approach within India. He said: “Self reliance means trade, not aid.”

Resonating with this view, an Indian official in India’s foreign ministry said to me: “In the earlier era India was a free rider; now it is a negotiator.” These new ideas started in the early 1990s but really accelerated towards the end of the decade. Atal Bihari Vajpayee, India’s Prime Minister from 1998-2004, likened India’s success in information technology (IT) to the new temples of modern India: “I see a happy confluence of Saraswati, Lakshmi and Shakti. The new economy is driven by knowledge. It is a producer of wealth and prosperity …. However going beyond being a miracle of the mind and the market, informational technology is also a source of great strength for our nation.”

Where does this newfound global activism come from? My research and writing in the past few years analyse the evolving interaction of domestic and international trade politics in India. Since 2005 I have conducted research in New Delhi, Ahmedabad, Bombay, Geneva, and Washington D.C. to explore India’s engagement with international trading rules and markets. I considered how the global effect works across time and across different sectors of the economy, with a particular focus on the pharmaceutical and textile sectors.

To do this I conducted hundreds of interviews with industry actors across these sectors to hear their views about globalisation, and with India’s trade negotiators all over the world. I gathered a large collection of newspaper and economic data and created a new database. These conversations and investigations highlighted that since the late 1990s –around 1999 to be precise—India’s priorities and strategies towards the global system have shifted significantly. My research and travels resulted in a book titled Globalizing India: How Global Rules and Markets are Shaping India’s Rise to Power.

An Indian Rip van Winkle who went to sleep in late 1980s and woke up in the today would be astonished by how much has changed. In 1990 India was a hesitant economic power, withdrawn into a shell of isolationism and espousing economic nationalism. In 2016, foreign trade drives approximately half of the economy and Indian multinationals pursue global alliances. India views the world very differently today, and what is more, the world regards India in new ways. How do we understand this sudden change in a self-reliant country, predisposed to nationalist ideas? What are the real sources of global integration of India?

Globalizing India explores the nation’s ‘economic rise’ through the actions and interests of domestic actors, who have changed what they want and how they mobilise for their interests in a very short span of time. Indian policymakers negotiate strongly at the global level and Indian companies have moved into new markets and play a key role in the global economy. Underlying this emergence is a quieter revolution represented by changing trade capacities and private sector reform and transformation.

Globalisation is closely linked to India’s nationalist ambitions. Indian actors, institutions and policies are deeply embedded within the changing international landscape through global markets, organisations and the flows of people and ideas. Trade in goods and services constitutes almost half of India’s GDP, but underlying that economic statistic lie the myriad ways in which new interactions have changed Indian actors, ideas, and policies. The state has crafted a new strategy – a new tradecraft — that rethinks India’s role in the emerging Asian and multipolar world. Indian multinationals simultaneously lobby the state for domestic protections, while also seeking meritocratic alliances abroad. Indian state actors have shown the ability to carve out spaces of autonomy, despite the conditionalities imposed by globalisation.

So what does globalisation do? Its forces and empowers exporters and create new coalitions within a domestic context. They also create new interests, with stronger ties beyond the national economy. Where globalisation acts as a constraint, it does so within global markets. There, the international rules of the game impose standards and sanctions, which may reveal new information, but also provide hard incentives for business firms to discipline themselves and upgrade. These effects should therefore not be viewed as unilateral, or static or deterministic.

The power of globalisation is based on Indian consent and Indian ambitions which have been awakened by global interactions. In this way, the book challenges the way we think about globalisation, indicating that it may better be conceptualised as a set of rules that shape global markets, while also creating new opportunities, threats, and learning processes for domestic actors. This view is more complex than the prevalent understanding that conceives of globalisation as a set of pressures that countries cannot escape from.

Furthermore, I explore globalisation not only in terms of market forces, but also as the rules of the game devised by organisations such as the World Trade Organisation. I show how markets are supported by the constraining elements of global rules, agreements and organisations. The book’s original contribution is in demonstrating the effect of different global mechanisms on specific Indian policies, institutions and responses by the private sector. I highlight the role of sovereignty costs, transaction costs, and information and learning effects that are attributed to specific dimensions of globalisation. This unpacking of globalisation gives it a more complex, but also more analytically rigorous account.

The book’s findings also reevaluate our understanding of India as purely internally driven. The dominant consensus running through comparative politics and particularly within the study of Indian political economy stresses the homegrown character of India’s reform trajectory. Scholars of India believe that domestic debates and pressures should be analysed independently of global interactions. My book, in contrast, argues that domestic and international forces are intertwined and shape India’s newfound ambitions and capacities.

In building an integrated open-economy framework that brings together both international and domestic factors to understand India’s economic rise, Globalizing India will have implications for theories of international organisations and international trade. Scholars interested in India’s recent transformation will also find this project of interest as most of the literature on India ignores the international dimensions of domestic change. Since India’s political economy must be seen as part of international structures, we need to analyse the interconnections and linkages between the two levels more directly and intricately. This calls for an understanding of the power of and the limits of global order in changing India, an emerging power in today’s world.

Aseema Sinha is the Wagener Chair of South Asian Politics at Claremont McKenna College.  She previously taught at University of Wisconsin-Madison and was a Fellow at the Woodrow Wilson Center in DC. Her research interests relate to political economy of India, India-China comparisons, International Organizations, and the rise of India as an emerging power.  She is the author of Regional Roots of Developmental Politics in India: A Divided Leviathan (2005).  She has written journal articles in World Development, British Journal of Political Science, Comparative Political Studies, Comparative Politics, and Polity.  Her bookGlobalizing India: How Global Markets And Rules Are Shaping India’s Rise To Power has recently been published by Cambridge University Press (2016).