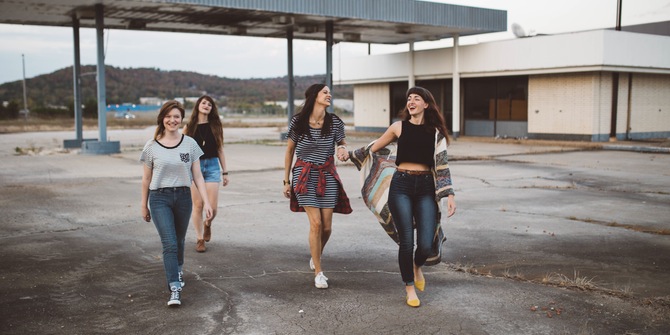 As my train rolls through the stunning Swiss landscape, I find myself distracted by three young women talking animatedly about coding, where they might do their PhDs and whether they might prefer to work in academia, banking or high tech. They’re on their way to a Nanobiotech conference while I’m on my way to an event on how men can help close the gender gap in the workplace.

We talk about women in science and I tell them about Catalyst’s research on barriers holding women back in STEM (Science, Technology, Engineering and Mathematics) careers, including a lack of role models and a feeling of being an ‘outsider’ in the largely male culture. The women nod politely. Their body language reminds me of well-behaved teenagers who are humouring the ageing relative at a family wedding, listening to her quaint ideas and looking at her cat photos.

I finally cut to the chase saying: “Do you anticipate that your gender will be an issue in your career?” I get a “No”. Not a half-hearted “no,” but a resolute “no way”.

Arriving at the Catalyst event, I tell the story of my train ride and open the discussion by asking if the optimism of these young women is justified. Some are resigned: “Well, if you’d asked me when I was graduating all those years ago, I, too, would have said ‘the world is my oyster,’” said one senior woman. Others are optimistic about the future, citing demographic factors, including an ageing population and millennials with different work expectations. We are all in agreement, however, that the ‘face’ of senior leadership is changing and the days of an authoritarian, ‘command and control’ boss, who was probably tall, white and male, are numbered.

Summing up the discussion, a senior male leader said: “There are so many smart women adding value, it would be a bit stupid to ignore them”. Exactly – this is the nub of the matter – though one does wonder why this epiphany has taken so long in coming. Organisations allowing their female employees to fall by the wayside are diluting the overall talent in their organisation. Why pick from half the deck?

The positive change I see is that for the first time men are becoming actively involved in this conversation. We all recognise that the gender gap is not just a women’s issue: it’s a leadership challenge and as such, one that must involve men. And if more men are speaking up and following up with action – and they are – then, maybe, we have good reason to be optimistic for the next generation.

In my mind’s eye, I return to those three young women on the train—representing India, Europe and the US. If they could have heard our conversation, how would they have reacted?

Sandra Ondraschek-Norris is Senior Director of Catalyst Europe assisting with the the non-profit organization’s strategy to create inclusive workplaces where women and all talent can advance.