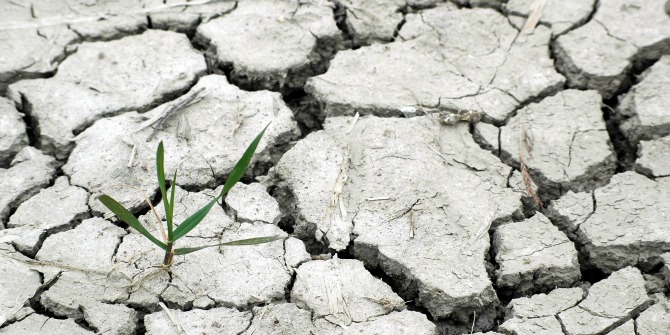 The Earth has warmed on average by about 1 degree Celsius since the late 19th century. Regardless of international commitments to reduce emissions, further substantial warming is now locked in for the next several decades at least. The worst effects of this warming, for societies and economies, will be felt in low-income countries, where livelihoods depend strongly on the weather, and relatively weak political and economic institutions limit the ability to cope with climate variability and shocks.

Climate change has both direct and indirect effects on the prospects of development. On the one hand, climate change can affect the processes of economic development directly, by modifying relevant environmental conditions, with impacts for example on agriculture and labour productivity and on disease environments. More extreme weather events as a consequence of a changing climate may also disturb capital formation, and undermine the attractiveness of a location to foreign investors. On the other hand, climate change might also affect development paths indirectly by altering the socio-political environment within which poverty reduction and development take place.

In our paper, we review the empirical evidence available to date regarding direct and indirect effects of changing climatic conditions. The evidence reviewed confirms strong effects of climate–shocks in poor, especially fragile, countries. The evidence also points to important indirect effects in these countries, potentially reinforcing institutional fragility and in turn vulnerability to climate shocks.

Historically, changes in climate have been implicated in major societal shifts. For example, a weakening of the Indian summer monsoon has been linked to de-urbanisation in India around 4,000 years ago (Dixit et al. 2014). A period of unusual above-average moisture in central Mongolia, promoting high grassland productivity, is thought to have favoured the formation of Mongol political and military power, facilitating the emergence of the vast 13th century Mongol Empire (Pederson et al. 2014). It has even been argued that changing climatic conditions can lead to the collapse of societies, as a result of increased conflict associated with environmental stress (Diamond, 2005).

In modern times there also appears to be some correlation between weather conditions and conflict globally. For instance, drylands — where water scarcity is already a fact of life — are among the most conflict-prone regions of the world, with some 80 percent of major armed conflicts worldwide occurring in drylands, according to a UN report (UNDP, 2011).[1] A string of recent empirical research seems to confirm a link between climate and conflict (see Dell et al. 2014). While climate stress is almost never the single cause of conflict, and there is no deterministic link from climate stress to poor governance, we emphasise the potential for a vicious circle among climate stress, state fragility and conflict. The findings in a recent research article, published since our review, seem to support the idea that climatic disasters are more likely to lead to conflict in states that are already politically fragile (Schleussner et al. 2016).

Climate stress has also recently been associated with the, at times, chaotic movement of people from rural to urban areas, and in some cases overseas. While urbanisation is a natural by-product of economic development, and is often driven by the pull of economic opportunity in urban areas, in some places rapid urbanisation is also being driven by the push of deteriorating climatic conditions in rural areas (e.g. Henderson et al. 2014).

The pressure from new urban dwellers increases the challenges for sustainable urban development in cities where living conditions are far from optimal and where the supply of job opportunities, as well as basic services and infrastructure may be unable to keep pace with rising demand. Decades of frequent drought and soil degradation have seen mass migration out of rural parts of Senegal, for example. This is reported to have led to rioting in 2007 among informal street vendors, as competition intensified due to the number of new arrivals (Castells-Quintana et al. 2015). In search of better opportunities, these migrants have increasingly turned in desperation towards Europe, the perilous journey becoming known as “Barçà wala Barsakh” – Barcelona or death. A similar story of prolonged drought leading to waves of rural-urban migration has also been implicated in exacerbating the political tensions that ultimately led to the current conflict in Syria.

As our understanding of the interconnections between the dual challenges of economic development and adaptation to climate change improves, attention increasingly turns to how development can be made more resilient to the impacts of a changing climate (Fankhauser and McDermott, 2016). Our work suggests that there are a potentially important set of dynamic interactions and feedback loops between institutions, climate impacts and vulnerability, and development, which to date have been understudied. By illustrating the mechanisms of effect that link climate change with long-run economic development, our review will help to inform the creation of more climate-resilient development strategies.

Maria Lopez-Uribe is a Phd Candidate in Development Economics and a teaching Fellow in Economics at the London School of Economics. She is also a researcher affiliated to the Centre for Economic Performance at LSE and to the Economics Department at Universidad de los Andes in Bogota, Colombia. Her research interests focus on development economics and Political Economy.

Tom McDermott is a lecturer at the School of Economics, University College Cork, a Principal Investigator at the Environmental Research Institute at University College Cork and a visiting fellow at the Grantham Research Institute, LSE. His research interests are at the intersection of development and environmental economics. In particular, his research focuses on the economic impacts of extreme weather events and on adaptation to climate change. He is co-editor, with Sam Fankhauser, of The Economics of Climate Resilient Development (Edward Elgar, 2016). 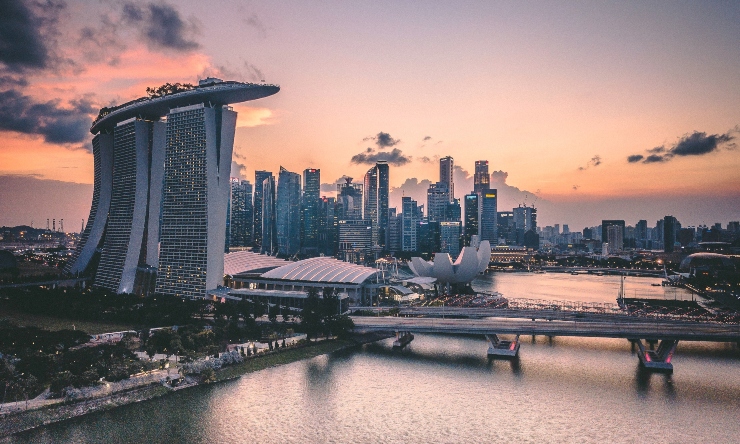