Hedge funds are heavily involved in the distressed debt market

Hedge funds are heavily involved in the distressed debt market 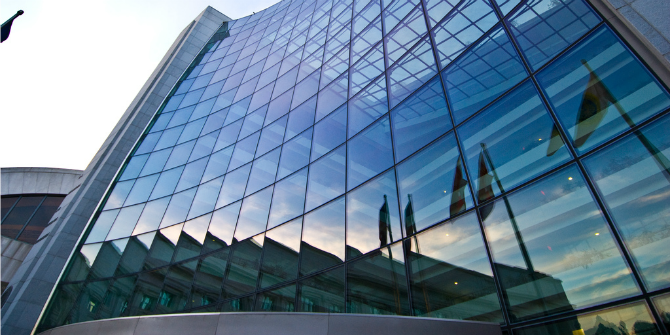 Securities and Exchange Commission, by Scott S, under a CC-BY-2.0 licence

Debt restructurings (or loan amendments) can prove disruptive for a firm’s operations and have real effects on production and investment. Done successfully, restructurings help realize firm value, while failure to do so is detrimental to the firm and some — if not all — of its claimholders.

The effect of trading in a restructuring firm’s securities is topical given the current economic environment where many firms — and even countries — need to restructure their debt, and where issues of short-selling and trading in credit-default swaps (CDS) are closely monitored by regulators.

In a recent paper, we construct a model to show that the presence of hedge funds in restructurings can lead to firm value-reducing (i.e., inefficient) outcomes under certain market conditions. Regardless of the effect on firm value, we show that a hedge fund’s presence benefits the firm’s debtholders, while the impact on firm’s equityholders is less favourable.

What is a debt restructuring?

Corporate debt and bank loans are primary outlets for firms that seek to finance their operations. However, firms who run into financial trouble (firms “in distress”) are often unable to pay back their debt, enter bankruptcy (e.g., USA Chapter 11), and try to restructure. A restructuring procedure (henceforth simply restructuring) is essentially a negotiation between shareholders and debtholders (i.e., buyers of debt and providers of loans). Shareholders make a proposal, which can take the form of a reduction in the principal of the debt, a reduction in the interest payments, or a maturity extension. Debtholders decide to accept or reject the shareholders’ proposal.

Hence, in contrast to out-of-distress periods, in restructurings debtholders determine the firm’s future. In particular, acceptance of the restructuring proposal allows the firm to continue its operations as a going concern (continuation), while rejection can lead to further negotiations, intermediation by courts, or outright liquidation (e.g., USA Chapter 7).

What is the issue?

The rules governing restructurings rely on the assumption that bondholders’ voting rights are proportional to their economic exposure to the firm’s value. Economic exposure is straightforward to define for traditional financiers, such as commercial banks in the USA, which are only allowed to buy the equity of their debtors (see here). However, other investors, such as strategic hedge funds specializing in distressed securities (henceforth simply hedge funds), have the ability to employ a more diverse spectrum of strategies.

In particular, in our work, we focus on the ability of these funds to short-sell the equity of their debtors. A short-sale of equity (or a CDS purchase) insures the investor against the event of a failed restructuring. Importantly, the amount of insurance can exceed the amount of the debt outstanding, leading to over-insurance. The incentives of an (over)insured debtholder (so called “empty creditor”) are not necessarily aligned with the rest of the claimholders, since such a debtholder may have more to gain from liquidation rather than continuation. Therefore, the ability of funds to buy debt and short-sell equity creates a disconnect between their voting rights as debtholders and their overall economic exposure in the firm’s securities.

What is the role of hedge funds in restructurings?

Securities in a distressed firm (public or private) going through a restructuring attract a lot of investor attention (see here Sec. 6.1). Even for publicly traded firms delisting or suspension of trading in a firm’s shares is not very common and if it happens it may just result in trading to consummate in another exchange. Moreover, in an overwhelming number of firms that underwent debt restructurings there was some involvement by hedge funds.

Hedge funds were present in 94 per cent of the biggest Chapter 11 filings in the USA between 1996 and 2007; their exposure in 79 per cent (55 per cent) of the cases was in the debt (equity) of the distressed firm, while the time in which funds acquired that exposure varied between before and after the filing (see here). Additionally, hedge funds are heavily involved in the syndicated loans markets in lieu of commercial banks, and there is evidence (see here) of their short-selling activity around loan amendments.

In order to derive the restructuring outcome we study the strategic interaction between a firm’s shareholders who make the proposal, and a hedge fund that is a potential investor in the firm’s (distressed) securities. So when will the shareholders of a firm find it optimal to make a proposal that will lead a fund to buy the firm’s debt, short-sell the firm’s equity, and via its debtholdings, try to force the firm into a value-reducing outcome?

We show that a necessary condition is that the debt and equity markets are informationally segregated (i.e., there is no exchange of order flow information). On the other hand, when markets are informationally integrated (i.e., there is perfect exchange of order flow information), we show that there is no rejection of beneficial proposals and hence no loss to firm value from the fund’s presence. The equity and debt markets differ significantly, primarily because equity is traded in centralized exchanges, while debt is traded in over-the-counter markets. Our findings highlight that informational differences between debt and equity markets have a real effect on firms’ restructurings, when strategic hedge funds are present.

Intuitively, our results are driven by the fact that the fund needs to conceal its trades to make any profit from other investors and the extent to which this is possible is affected by the integration/segregation of markets. Interestingly enough, however, these conditions in turn affect the shareholders’ incentives to risk firm value so as to garner a higher payoff, when they choose the restructuring proposal.

What can be done to alleviate the issue?

Our results point to two distinct directions for the possible resolution of inefficiencies. The first is regulatory: either there should be a ban on short-selling following the proposal, or insured debtholders should not be allowed to have a say on the proposed restructuring. Regarding the latter, the US Bankruptcy Code indeed allows a bankruptcy judge to disallow votes by debtholders who may vote in “bad faith”, and the Delaware Supreme Court acknowledged recently the problem of disentangling voting power from economic exposure. The second is market-driven: there should be exchange of timely information across markets for different securities of the same firm and dealers/brokers should use that information in setting the price so that we are as close as possible to market integration. Nonetheless, when a hedge fund already has a “toehold” in the company, in that it has a pre-existing debt position, our results indicate that a short-selling ban following the proposal is the optimal solution.

Konstantinos (Kostas) E. Zachariadis is an Associate Professor (UK Reader) in the School of Economics and Finance at Queen Mary University of London. Previously to that he was an Assistant Professor (UK Lecturer) in the Department of Finance at the London School of Economics, where he was also affiliated with the Financial Markets Group and the Paul Woolley Centre. His research interests lie in the areas of Market Design, Corporate Governance, and Institutional Investors. His research has appeared in the Journal of Finance, Review of Finance, and Games and Economic Behavior. He has taught extensively in Investments, Corporate Finance and Strategy, and Hedge Funds in the undergraduate, postgraduate, professional, and executive level. He received his Ph.D. in Managerial Economics and Strategy at the Kellogg School of Management of Northwestern University. Furthermore, he holds an M.Sc. from Northwestern University and a Diploma (5 year degree) from the Aristotle University of Thessaloniki in Greece, both in Electrical and Computer Engineering. He is also a Fulbright Scholar, and a Fellow of the Royal Society for the encouragement of Arts, Manufactures and Commerce (RSA). For more information, please visit www.konstantinosezachariadis.com.

Ioan F. Olaru currently works in Risk Management at Graham Capital Management. Prior to joining Graham in March 2014, he was an Associate for Cornerstone Research (Economic and Financial Consulting), a Research Analyst for CastleRock Macro Fund (Global Macro Start-Up Hedge Fund), and a Quantitative Risk Specialist with the DTCC. Additionally, from 2011 to 2014, he was an Adjunct Faculty member at the Courant Institute of Mathematical Sciences at NYU, for the “Credit Markets and Models” and “Interest Rates and FX Models” graduate classes. Dr. Olaru holds a M.A. in Economics from Central European University in Budapest, Hungary, a M.Sc. in Mathematics in Finance from NYU, and a Ph.D. in Finance from the Kellogg School of Management at Northwestern University.