The paradox of bullied and frightened workers delivering quality care

The Ducth have the much better Buurtzorg model, which serves 70,000 people efficiently, with no managers, argues Clive Morton

The paradox of bullied and frightened workers delivering quality care 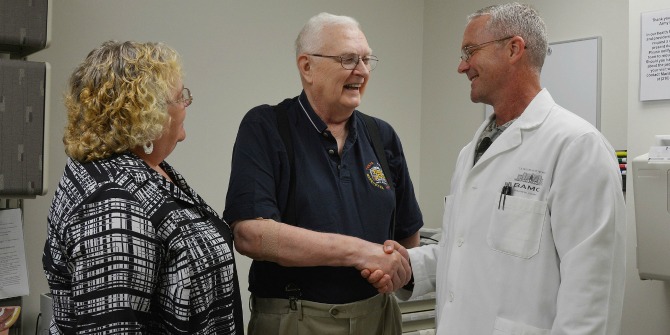 As the crisis in health and social care deepens, the paradox of a bullied and frightened workforce delivering quality patient care becomes pronounced. Far from the abstract leadership literature, the management challenge has become how to build functioning teams often within an institutional context of blame, whistleblowing and special measures.

Over the last 18 months the Buurtzorg model has developed some currency in how to square the circle of care. Buurtzorg was founded in the Netherlands in 2006 by Jos de Blok and a small team of professional nurses who were dissatisfied with the delivery of health care by traditional home care organisations. Together they decided to create a new model of patient-centred care focused on facilitating and maintaining independence and autonomy for the individual for as long as possible.

What started as a team of 4 nurses in 2006, has grown to nearly 10,000 nurses in 2016, operating within 850 independent teams in the Netherlands looking after 70,000 patients per year. This organisation is serviced by only 45 back office staff, 15 coaches and no managers. Zero managers. The operating principle, based on shared values, is self-management with an emphasis on informal networks rather than formal reporting with a focus on solutions and outcomes, not regulated processes.

Quite apart from the model producing patient-centred care, major savings in the cost of provision have been endorsed firstly in 2010 by Ernst & Young, who identified savings of roughly 40 per cent to the Dutch health care system despite the higher costs per hour. A KPMG case study found that “Buurtzorg has accomplished a 50 per cent reduction in hours of care, improved quality of care, and raised work satisfaction for their employees”. This latter statement is supported by the evidence that Buurtzorg teams are seen to experience 60 per cent lower absenteeism and 33 per cent lower turnover than the sector average. Another key product of the model is lower rates of patient admission to hospital and nursing homes.

Buurtzorg’s Dutch model of care is in stark contrast to the UK, where 160,000 social carers earn less than the minimum wage and the number of social care job vacancies is higher than in any other sector. The situation is becoming more acute with the introduction of the living wage, where many providers are withdrawing from the market citing that local authority contracts lead to loss-making situations. Social and community healthcare provision is seen by health economists as the solution for unsustainable demands on acute hospital care. In which case the NHS will need to square the circle of capacity, quality and costs in the social health care sector. This seems to be a good time to question whether the current UK model of social care might learn from self directed team models such as Buurtzorg?

Although the Dutch neo-corporatist institutional setting is a long way from the UK’s neoliberal employment relations context, the lessons of such self-managed teams have resonance in the acute sector. Jody Gittell of Brandeis University demonstrated that managing healthcare in hospital settings via self-managed teams, based on effective relationships, of doctors, nurses and support staff gave better patient outcomes at lower cost, and as a by product, job satisfaction. In the case of Peterborough Hospitals in the UK self- directing, non hierarchical transformation teams were established in the early 2000’s which revolutionised cross boundary patterns of care, where for example the wait for cataract surgery was reduced from 18 months to 6 weeks by cutting out unnecessary referrals and gaining staff working together in such teams (see “By the Skin of our Teeth” Morton, C: MUP 2003)

In the commercial sector, self-managed teams are a frequent feature, especially in creative and innovative businesses. Apple has been famous for its use of the technique. Canon in its development and subsequent dominance of the desktop copier market, using ideas & design from self-directed teams. This case is cited by Japanese academics, Nonaka & Takeuchi in their formative work “The Knowledge Creating Company” robustly arguing for democratic and dialogic practices in building workplace knowledge and practices. So, if this is such a great idea, why is it not more widely practised, and what are the downsides?

Many observers refer to the difficulty of integrating such teams into existing cultures and structures even when responsibilities and functions have been delegated to such teams. In my experience in industry, this is often a product of a resistance against the upside down and anti-hierarchical nature of such teams. Management are often quite happy to delegate functions and tasks to such teams, but reluctant to allow ideas and innovations from such teams to challenge the existing order/structure/strategy/culture. Ego within the atypical Western organisation clearly plays a dominant role. Unless management is willing to properly delegate and to trust self-directing teams to create solutions, and further to embrace the products of these teams then the gains will be lost.

In the public sector, top down approaches have become dominant in recent decades. This has been a product of increasing parliamentary scrutiny, in turn creating policies where responsibilities are delegated, often expressed as targets for front facing organisations, such as within schools and hospitals that are inspected at will by powerful ‘independent’ regulators to ensure compliance. The built-in process has created a heavy weight bureaucracy where, for instance within the NHS, so much effort is injected into attempts to measure, audit and subsequently defend elements of patient care, inflating costs and at the same time losing effectiveness and undermining staff morale. This is a cancer at the heart of the health system created by health economists!

The conclusion has to be that to tackle the crisis in health and social care of falling productivity, increasing costs and declining quality of outputs, then another strategic approach needs to be chosen. Buurtzorg shows us that there are alternatives, that applied appropriately, can help our organisations out of the ‘perfect storm’ that we face. The focus has to be on gaining the best from the human resource, whilst at the same time enhancing the working experience and development of the staff for patient benefit. That can only be done by tapping into the initiative and collective energy which is so often the product of self-directing teams – this means that the management of the NHS from the top has to ‘let go’, eschew micro-management, forget the attraction of ego and engender trust. It is similar to the mental step necessary in shifting from a ‘bonus culture’ to finding that giving praise costs nothing and produces motivation and productivity!

To hear a discussion about team working and the value of the Buurzorg model with Clive Morton, Elizabeth Cotton and Antonia Maclean go here.