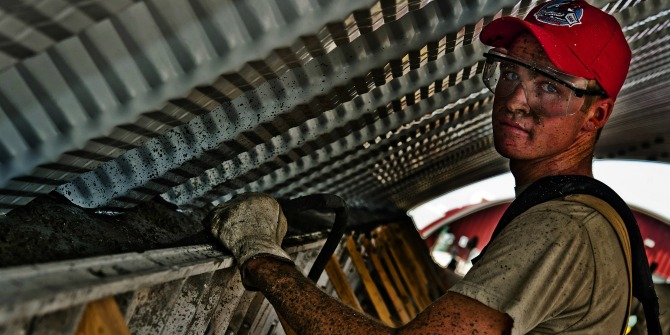 Construction worker, by skeeze, under a CC0 licence

With ongoing governmental debate on the nature of Brexit, there is as yet no certainty on its precise impact. Still, there is wide speculation that any kind of Brexit will have negative consequences: the HM Treasury, for instance, has declared that a Brexit of any kind will make us ‘permanently poorer’. Given this context, another uncertainty cannot be overlooked: that is, the impact of the near-certain rise of the National Living Wage (NLW).

A looming economic downturn means society’s least well-off require even more protection. Yet, it is also possible that such policies may exacerbate a serious economic situation.

Britain’s minimum wages have largely defied the traditional economic model which states that any effective minimum wage will result in surplus labour and increased unemployment. Empirical research suggests that the introduction and past up-ratings of the minimum wage have had little impact on unemployment and economic growth, whilst raising incomes: a reason for its popularity. However, compelling evidence of noticeable negative impacts on employment in certain contexts still exists.

A recent paper by Clemens and Wither (2014) which explored the impact of the federal minimum-wage increases during the recent recession in the US reports a 12 per cent higher likelihood of working without pay for the college-educated when there was a higher minimum wage and a slight increase in job losses for lower-skilled workers. Interestingly, it finds that negative effects were greater if minimum wage increased during the recession than if the same higher wage was already implemented beforehand. This would suggest that higher wages should be implemented in more prosperous times when firms may be better able to adjust.

Alternatively, a more controversial finding in the US was that the magnitude of the increase may be more responsible for negative impacts than economic conditions. Addison, Blackburn and Cotti (2013) attribute increased unemployment to the fact that ‘increases have been altogether more substantial than in the past’. If true, the NLW’s effects on the UK would be more benign: pegged to median earnings, increases would be moderated by slow or negative median wage growth in downturns.

In the UK, Bryan, Salvatori and Taylor’s (2012) ISER study nonetheless provides evidence of a reduction in hours worked by youths (3-4 hours per week) when minimum wage increased during the recession. This could either reflect a voluntary choice by youths to work less (since they can now earn all the income they need on fewer hours and spend time on more ‘valuable’ pursuits) or plausibly an involuntary reduction in employment as employers attempt to reduce accounting labour costs. The same study also suggested possible negative impacts on adult hours-worked in 2010 due to a minimum wage increase.

Previous strategies used to cope with the minimum wage increases work with mixed success, especially in a recessionary environment. Riley and Bondibene (2015) present evidence that UK employers have successfully responded to minimum wage increases without significant reduction to headcount through productivity increases. Indeed, evidence supports multiple avenues for this, such as from greater employee motivation or managerial incentives to improve organisational efficiency and training. Higher minimum wages may also decrease the incidence of costly staff turnover and worker supervision, offsetting part of the rise in labour costs.

Nonetheless, successful productivity drives are not always possible. Riley and Bondibene (2013) also indicated that “productivity associations with the NMW are a lot less apparent than they are for the earlier years of the NMW policy”, perhaps suggesting that firms cannot sustain high rates of productivity growth. Having an incentive to increase worker productivity may not lead to good ideas on how to do so. In recessions, even firms that increase productivity may find it sensible to reduce labour input if weak demand means they do not require more output. Furthermore, in an atmosphere of cautious spending, firms may be reluctant to splurge on training and technological investment. In fact, they may decide to employ “offsets,” cutting costs by reducing benefits and training programmes.

Other strategies that minimise unemployment exist: a more consistent coping method among firms may be reductions in profit. Studies by the LPC also show that raising prices is another strategy. However, if firms’ profits are squeezed by reduced demand and higher expenses elsewhere (perhaps due to new trade tariffs and a falling pound in a post-Brexit economy), there would be less leeway to absorb higher labour costs and a greater need for flexible wages/hours. Additionally, it is unlikely that firms will raise their prices if aggregate demand is weak.

If adverse effects on unemployment and businesses will occur, is pushing on with a wage rise still a good idea? Most agree that the NLW is supposed to ensure that low wage workers have sufficient purchasing power to afford a decent standard of living. Another purpose is perhaps to reduce economic inequality. Ideally, wages should increase faster than inflation (inflation is expected to rise due to Brexit.) If this is impossible, there is still a case for the ‘bite’ of the NLW to increase, since the low-income households of people on or near the minimum wage are more severely impacted by consumer good inflation than the rest.

We recognise that even an absolute increase in NLW does not necessarily result in increased incomes for NLW earners. If the fall in hours worked is greater than the rise in hourly wage, incomes will still fall. Worse still, firms unable to weather the Brexit storm along with the increase in labour cost may close down. Theoretically, this outcome is not completely undesirable: workers can relocate to better performing firms or spend time on leisure or skill improvement. There could be stronger growth in the long term as weaker firms are eliminated in favour of high productivity firms. Yet, in an uncertain environment, even healthy firms might be more reluctant to hire. The profile of NMW workers, often grown children or married women supplementing the incomes of low income families, also implies limited resources and means for such households to enjoy ‘leisure’ or pursue skills upgrading.

The increase in NLW is likely to benefit workers by softening the hit of reduced wages/wage growth during a slowdown in sectors and firms where labour input can be sustained at similar levels. However, it must be acknowledged that effects are not spread evenly and some firms and workers will be less able to cope. As such, certain firms could be granted some help in increasing productivity (via training or other means). There could also be subsidised training with concurrent income supplements for unemployed workers. Ideally, this would aid productivity increases while minimising hysteresis effects.

Admittedly, training is not a silver bullet. Still, we believe that the net benefits and protections the NLW indisputably will provide for a significant number should not be sidelined or put on hold. It will be a complex but important task to ensure that Britain continues its positive NLW trajectory, while implementing complementary policies which target the fact that different individuals and firms have different adaptive capacities and face different constraints when macroeconomics conditions change. Understanding these nuances, policymakers may then provide better tools for Britain to thrive.

Zoe Tavares is an MSc student at LSE studying Economics, specialising in Development, who previously studied Mathematics at the University of Warwick. She is interested in international development and public policy issues, especially those concerning health and education.

Yi Ying Tan is a First Year BSc Economics student at the London School of Economics and Political Science. She is intrigued by the frequent interaction between current affairs and economic models, and interested in the application of econometrics to distil precise insights on real-world phenomenon. 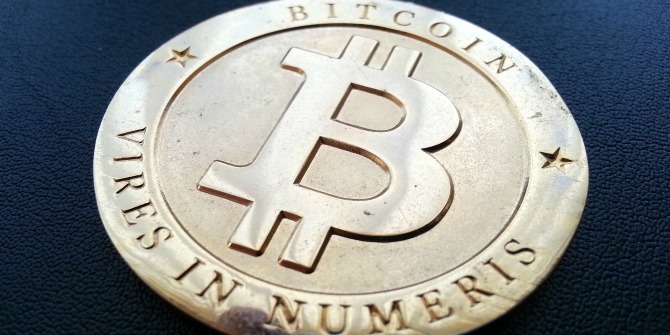 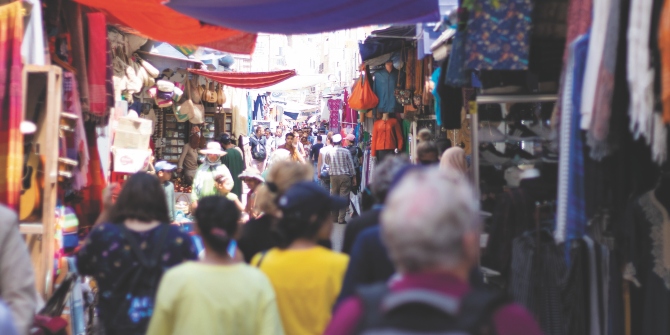 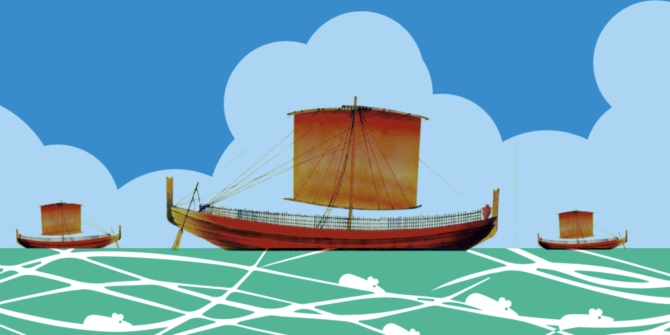 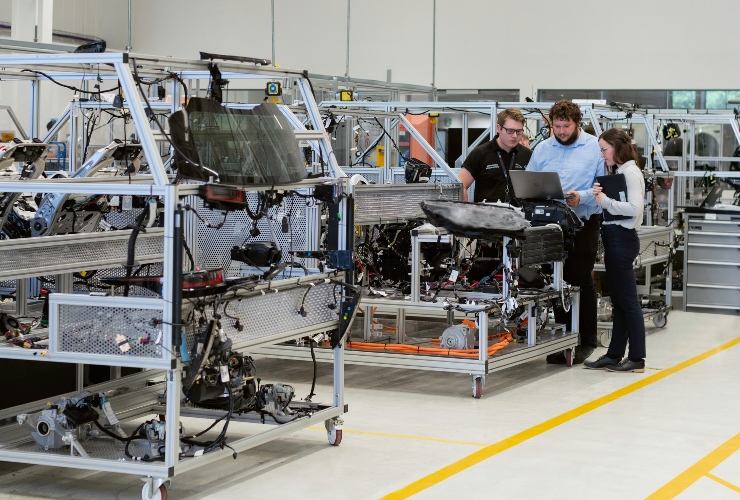